What post was just perfectly written, delivered, and resonated with the OA community in 2021? Get your votes in to recognize the Best Screenplay!

Poll ends December 30th at 20:00. Thanks all for your votes and looking forward to another fun year with you all in 2022

Matteo Guendouzi (Out on loan) Continental Leagues and Cups

Being European is so shit. Always wished I came from the Land of the Free so I could get shot on one of my ten days paid leave and then have to sell my house to pay the medical bills. Truly the greatest nation on earth.

Unfortunately I have to admit I was left quite disillusioned and with a sour taste in my mouth after yesterday. Don’t get me wrong, Wembley is an incredible stadium and watching Denmark line-up in the semi-final was an incredible experience and the build-up beforehand in the Vinegar Yard with 400 other Danes was amazing. But fuck me was I shocked and disappointed by the England fans behaviour yesterday. I’ve never been to an England game before, or Wembley for that matter, so I had an idea of …

So, I wanted to write a post about what I’ve been going through lately. I don’t want sympathy, I just think it’s important to discuss mental health issues. I’ve been struggling big time over this last year. So much so, that at one point I tried to overdose. I split from my husband, lockdown happened, everything just got on top of me and I spiralled. I’ve had panic attacks, I’ve had days where I don’t get out of bed and I’ve had days where I will just drink until 4 in the morning. I do have good…

Here’s the link: Basic transcript: Talking about being a Dane in London right now and the great atmosphere in London because of the tournament. How I’m trying my best to get a hold of a ticket which means I’ve had to cancel my flight home tomorrow and move it a few days, which my parents have said is Ok to do

. Talking about the atmosphere amongst Danes in London and the network of Danes in the UK and what it’s like living in the Uk for 17 years and whether I’m torn between s…

It’s damn hard to talk about things at the best of times. I’ve read some really brave posts from people on this forum, not just in this thread but lots of different places. Sharing things about themselves that show vulnerability, that throws light on some random internet persona. It takes courage. The last 2 years have been hella tough. I’ve lost my grandparents and my dad. The weird thing is that my grandparents were the two people who made me safe and secure in the world. They were my parents…

Only 25 votes? Bump this one, some very deserving posts in this bunch. Take a walk down memory lane guys and make a vote. 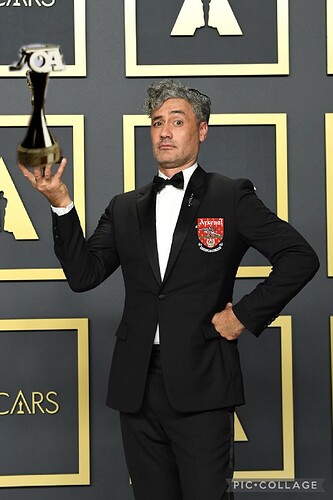