I forgot how much I fucking hate the gta vice city mission demolition man.

Fucking finally done it! Done the level that always killed me first seemed to have worked

Downloaded Superhot this weekend and played for an hour or so yesterday. Anyone played it?

It’s advertised as being a first person shooter in which time only moves when you move your character. In reality, time moves very very slowly when you’re stood still, but it doesn’t stop entirely.

It’s got a weird meta vibe to it, the plot starts with you communicating with someone online in some MS DOS style Web chat and they send you a link to a weird online shooter that they recommend, which you “download” and then play. So the shooting parts are a game within a game, if that makes any sense. Hard to describe better as I’ve only played a few levels, but it seems like the story gets weirder from this point forwards.

But in the shooting parts of the game, you’re basically free to use the right thumbstick to look around while time is paused, giving you the opportunity to suss out where your enemies are, when when who where to move your character to, which enemy to tackle first, if there are any environmental objects you can use as melee weapons or to throw at your enemies to stun and disarm them etc.

It’s a pretty cool concept, the whole “time only moving when you move your character” thing, and transforms it from being a typical first person shooter into something more akin to a puzzle game.

I’m not saying its as good a game, but it’s the most interesting thing I’ve seen done with first person shooter mechanics since Portal (I adore Portal 1 and 2)

@Castiel is it a game you’re aware of? I feel you might appreciate that it’s done something innovative in the FPS genre. I can’t speak to how long the game is or what they do with the story, but I’ve had fun so far, based on my fairly limited time spent with it. 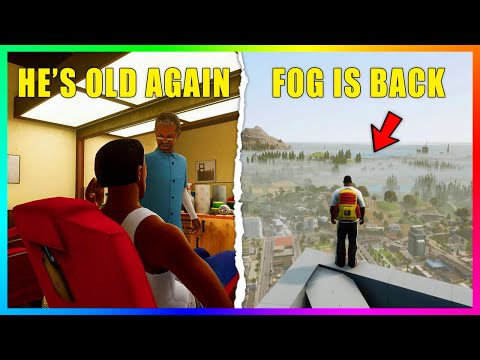 Going back through the Assassin’s Creed games. I forgot how goooooood AC2 was

@Castiel I’ve just reached the University and have got my hands on a sweet flamethrower. It’s lifted my spirits somewhat after, erm, parting ways with Henry and Sam.

This game is so fucking good. Survival horror isn’t traditionally bag, but it’s stealth enough for the game play to be great for me specifically. Add in the quality of the storytelling and voice acting, which are near unparalleled, and I really get why people think of this as one of the finest single player gaming experiences, not just of a generation or era, but full stop.

Given that I’ve just arrived at the university and got the flamethrower, roughly what percentage am I through the game? I’d like to know how much I need to savour what I have left.

I reckon you’re about half way maybe a little less or more. It’s about 15-20 hour game. So perhaps best to look at a play time on a save, to get a more accurate feel. Things will start to move much faster as you come to the conclusion. Really doesn’t miss a beat towards the end

I do think it transcends survival horror, that’s probably my favourite genre but I’d usually recommend TLOU to people who aren’t keen on it. I recently played the sequel on PSNow and while the first stands alone in my opinion I was extremely nostalgic. Not just because of the story and characters but the insanely tight game play. Naughty Dog did a sensational job with The Last of Us and it’s as near of perfect game as I’ve played. Nothing feels superfluous, you scrounge and hunt for every last material because you know your survival depends on it.

In an industry where so many games are bloated open worlds filled with fetch quests TLOU was truly a breath of fresh air. It’s like someone took the best of games like Hitman, Resident Evil, Uncharted and turned them into a perfect hybrid.

The only game I played on last generation that was close to being as complete was Alien Isolation, but it’s leaning much heavier into the horror aspects.

Bro if you haven’t go and play the Resident Evil remakes, that shit is straight fire

. Honestly all 3 are amazing and have been improved significantly.

The nostalgia feels on them ones was real

I’ve nearly played every Resident Evil game in the series, it’s by far one of my favourite franchises around. So iconic.

I will say that I loved the firsts remake, what they did with RE1 remake was something special. Kept all the charm and beauty of the mansion and fixed cameras and polished it up without removing too much of the jank. They also cleaned up the goofy Japanese to English dialogue but stayed true to the essence of the original- master of unlocking, Jill sandwich etc lol. RE1 Remake for me might be the greatest example of a remake in gaming.

Although I enjoyed the second I felt it was all style over substance. I genuinely think I enjoyed the original Resident Evil 2 more over the remake. There was something about RE2 Remake that didn’t line up right with me. Felt like it was missing a few steps from the classic RE2. Can’t deny that RPD station looked fucking stunning.

Tell me have you played The Village? Probably my favourite game of this year.

Damn, I’ve got that much left? That’s great news, was worried I might be edging towards 80% done or similar.

Did you play the Left Behind DLC campaign? It came with the Remastered version I bought. Says it’s a story set at the same time as the main campaign but recommends you only play it once done with the main story.

Did you play the Left Behind DLC campaign?

Yeh it’s actually pretty good, I’m not usually DLC fan as they often feel like after thoughts but in this case it’s definitely worth playing. Not too long or anything but it’s a nice continuation to the world build.

Currently playing the first Uncharted. Playing on the hardest difficulty because I’m a trophy whore. I forgot how visually stunning this game was. For a game that came out in 2007, it was really ahead of it’s time.

I played it for the first time a few months ago and I really didn’t think it had aged very well. Was a bit of a slog to get through, truth be told. Not slog as in difficult, just felt like it took effort to motivate myself to see it through, as opposed to being a joy to finish.

I’d imagine it was incredible in its time, its a bit harsh to review it like its a 2021 game, but I didn’t have that much fun with it.

Made me question whether to proceed with the sequels.

2 from what I remember was okay. 3 was great and I myself haven’t played 4 but again it looks great. Yeah for it’s time what I meant was it’s great looking, obviously any game that came out in 2007 would of aged remastered or not lol

Oh yeah, I totally got what you meant about it looking great and you obviously not meaning it looks great by 2021 standards. By 2007 standards, it’s a delight to look at (I believe I did play a Remastered version so that helps a bit). I’ve already bought 2 and 3 as part of the package, so I suspect I’ll at least give them ago, as I would assume there’s some improvement in the sequels.

Yeah you would of got the Nathan Drake Collection. I have played both 2 and 3 but don’t really remember much of them as I played soon after original release so I’m looking forward to seeing the improvements myself

Might give RDR2 another chance. Didn’t enjoy it on PS but with better graphics and FPS it might have a new life on PC. Tempted to get Cyberpunk too.

I bought a Lenovo Legion 7i a month back with an RTX 3080. Have lost touch with gaming completely but would like to get back into it.

Not sure if we’ve got any Crash Bandicoot fans here but recently played the new one. Good game but a lot harder than the previous 3