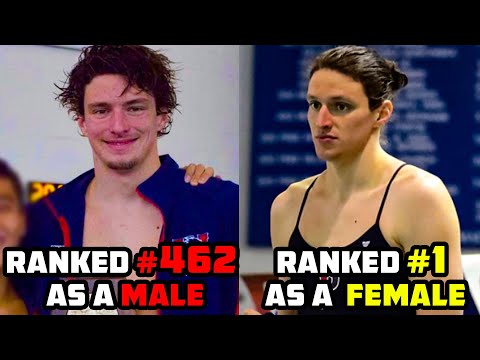 Wasn’t sure where to put this but yeah… this is as good a video as you’ll see on the trans athlete topic.

I’ve been reading about this and several other similar examples of trans athletes.
It’s ridiculous that so many mediocre male athletes are allowed to transform to female, then start winning medals and breaking records.
But even stranger is there are plenty of female SJW’s that actually defend this blatant cheating.

Been keeping up with this also it’s crazy. But I have to say the writing was on the wall as soon as they started to say trans women are women. All the progressive push for equity and dumb rhetoric as the above is slowly resulting in the erasure of female spaces and sports. In saying that is this not what those 3rd wave feminist wanted

so many mediocre male athletes

How many is it exactly?

is slowly resulting in the erasure of female spaces and sports.

yep, hardly any female sports left at this stage. They definitely aren’t at all time peaks in terms of popularity or anything.

So what? What little there is is now slowly eroding. A 6ft man claiming to be a woman after 2 years of suppressant just beat a silver medal Olympian in a major swim event. What’s the point of women sports if men can compete in them?

It’s not eroding at all. Provide facts and figures to back that up by all means if you wish. Female sports are as big as they have ever been and only getting bigger with more and more participation.

This is a small issue (and yes, I agree it’s an issue) but all the cases that get quoted are nowhere near the top levels of the respective sports. Not even close in fact so why do people suddenly care about swimming in Ohio or wherever the fuck?

How many is it exactly?

I don’t know but there are several examples of college athletes, runners, weight lifters, swimmers etc on You Tube so I’m guessing too many.

But I read recently that some men are trying to take advantage of the situation.
There was a man who wanted to avoid the draft so said he was going to identify as a woman and another who took advantage of women retiring early, in whatever country he was in, and did the same.

But it’s cheating and indefensible that men are competing in women’s sports just because they say want too identify as a woman.

Imagine being a top female athlete, who has trained hard for so long only to be beaten by a bloke, just because he says he’s a woman.
It’s laughable.

Lol bigger with more participation from men? Is there air between your ears that you can stop and critically think for a second? It cese to become women sports if men are included regardless if they think themselves women. And my friend this is not the first instance of men coming into women sports and dominating. Women and girls are the only losers in this as opportunities afforded to them through these activities get taken away. How many girls/women miss out on participating in these major female events that are few in number because some man thinks it’s ok for him because he thinks he is a woman?

There was a man who wanted to avoid the draft so

Good, the draft is stupid.

Clever. Equality will take care of that eventually though when they even out retirement ages.

Imagine being a top female athlete, who has trained hard for so long only to be beaten by a bloke, just because he says he’s a woman. 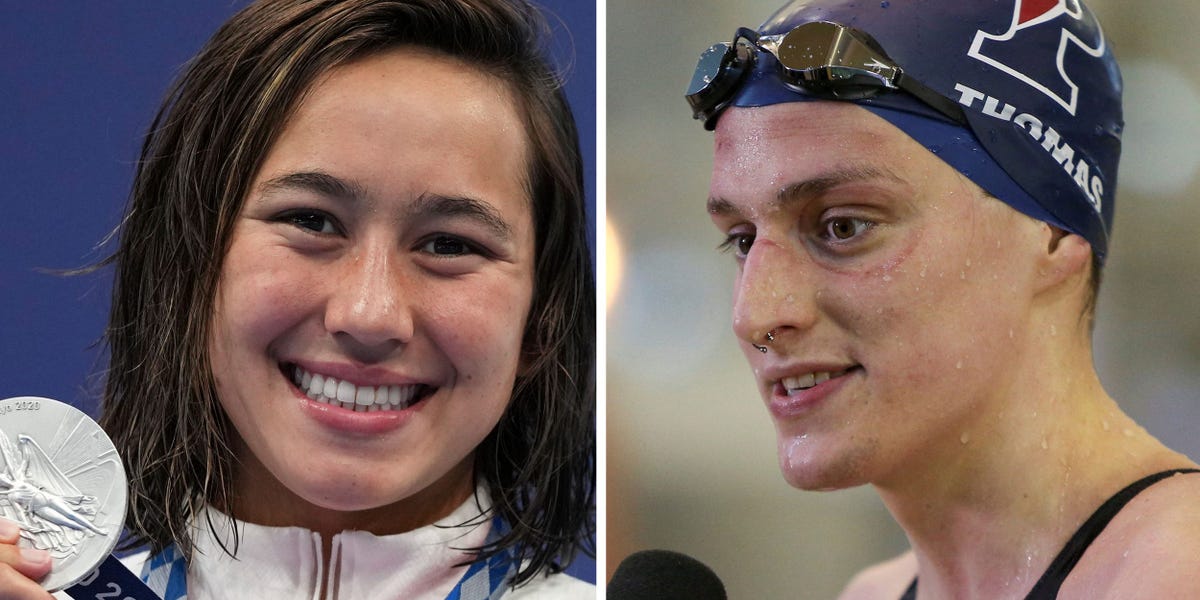 An Olympic silver medalist who lost to Lia Thomas at NCAA Championships said...

Texas Longhorns freshman Erica Sullivan penned an op-ed for Newsweek in which she explained "why I'm proud to support trans athletes like Lia Thomas."

Lol like she is going to say anything different🤣. This new non theistic religion of woke garbage will cancel her straight away. Did you not see the picture of the girls huddled together and this lia chap on his own?

Why don’t you tell me? It’s not many, that’s for sure.

It cese to become women sports if men are included

Nah, that’s not true. Does it switch back then if there’s a game involving no trans people?

You seem to be of the opinion that I’m of an opinion I don’t in fact hold. I’d like these things discussed critically, with facts and figures. You don’t have them, you just want to shout some bullshit.

So are you saying there’s gonna be an invasion of male athletes who are shit at their chosen sport deciding to become women in the hope they might not be so shit for a career that actually doesn’t last that long.
Like @shamrockgooner says who gives a fuck, it’s a tiny drop in a massive ocean

Lol like she is going to say anything different

She could say nothing at all tbf

If the other competitors don’t have an issue with it then I don’t see the problem.

Facts and figures mate. Whenever you have them tag me back yea.

Like I’ve said I’ve been keeping up with this one. They do have a problem with it’s on record but afraid to say other wise

You then know the difference between xy and xx chromosomes