Yeh I actually agree with this too tbh, even in the CL we aren’t at the level to recruit the very best names in the game. And we have enough money and clout to bring in these sensible signings regardless.

Id really love us to get Jesus and a CM, even someone like Tielmans, plus that Hickey kid done early. Would be nice to kick our feet up and not have to listen to these garbage narratives all summer.

It might be click bait but at some point Saka is going to want to play CL football for a successful club with a top manager because that’s what the best players do.

You’re just as bad as The Athletic.

Saka is an Arsenal boy and will be signing.

Ffs lol wanna put half the forum behind a paywall atm

I don’t see why CL means 2 more signings. We’re far more likely to go all the way in the EL surely? Unless they want to keep guys like Nelson for the EL but not the CL?

With the current state of the squad we’ll probably need a bunch of first team players in our EL group games.

The Prem is a bigger pull than CL

As I said before, if you are annoyed at my criticism of Arteta, there are plenty of others that are just as annoyed at people who defend his lack of achievements.

If we all agreed on everything there would be no need for a forum.

I’m not laughing but think numbers wise we are so short that it’s now likely. Unfortunately.

That’s more than likely.
As @Stroller said, we need numbers and I think players like AMN, Nketiah, Pepe, Saliba, Nelson and others out on loan, will be kept on for strength in depth.
Otherwise we’ll have to buy several players to make up the numbers, which isn’t going to happen.

Lmaoooooo the Athleric suddenly turns to click bait when it’s negative, but when it was pushing lies that Arteta is changing the culture at the club, the teta simps were drooling over it

Exactly, and trying to claim Spurs isn’t better than ours even simply because of their strikers…Jesus. 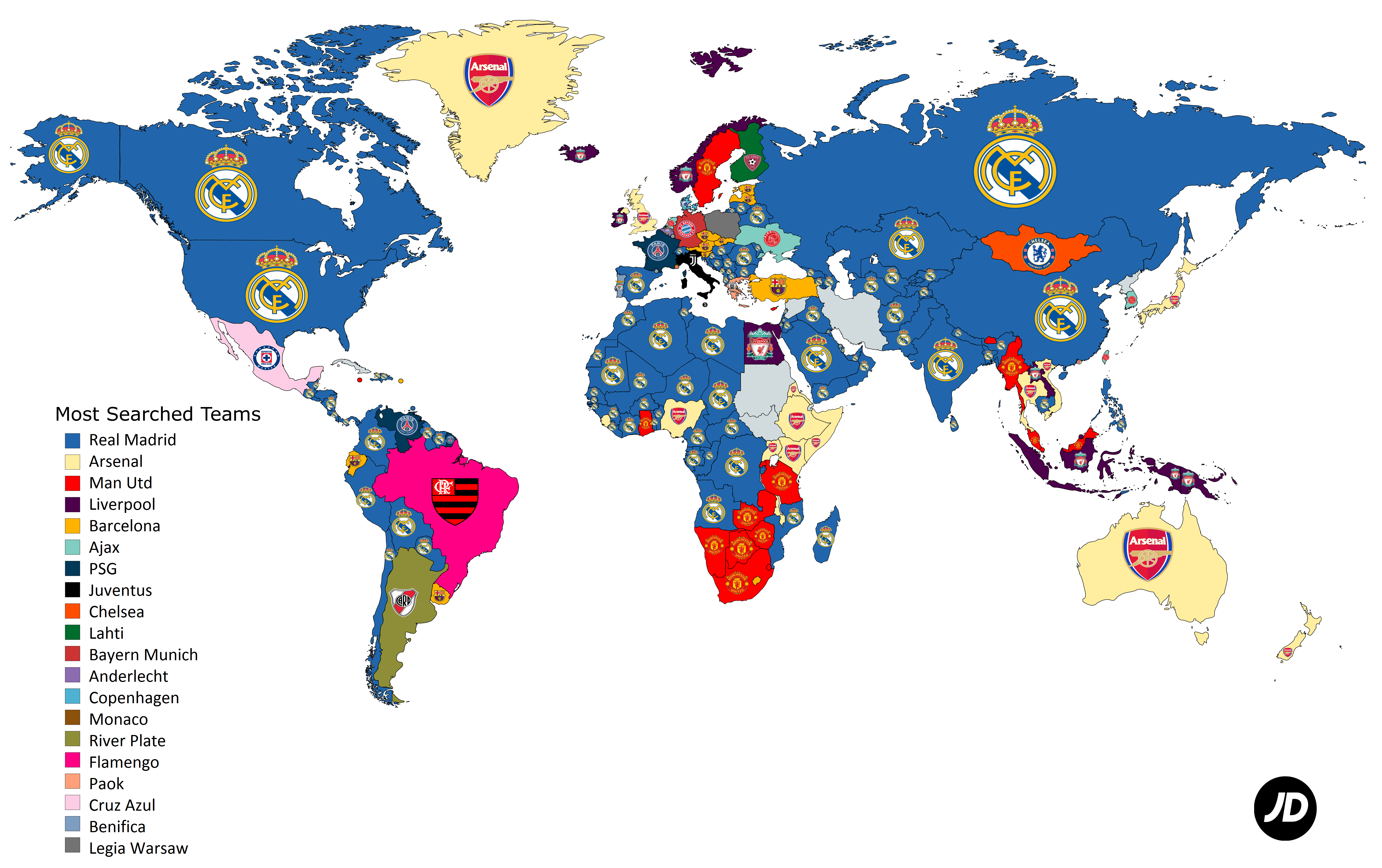 From Gunners on Reddit(who I assume stole it from JD).

so we got Greenland, the UK, Japan, Australia and NZ - our strategy has clearly been to collect the islands at different continents.

Our board members must be shit at RISK.

Ajax is big in the Ukraine!?

Wouldn’t have expected that.

They’re looking up Ajax the kitchen and bathroom cleaning product after the Russians have left a mess everywhere.

They’re looking up Ajax the kitchen and bathroom cleaning product after the Russians have left a mess everywhere.

I’ve been looking forward to the season starting again for weeks now. Feel we have a stronger squad than we’ve had for at least 6 years now. Hopefully a few more signings to come as well.

I have a naughty little fantasy that it’ll be between us and the Scum for the title with us pipping them on the final day while the other top teams have off seasons. St Tottering is long overdue now. Please no one burst my balloon.

Ajax is big in the Ukraine!?

Wouldn’t have expected that.

It was likely due to this benefit match

Ajax will play an exhibition game against FK Shakhtar Donetsk on Tuesday, July 26 at 20:00 at the Johan Cruijff ArenA.