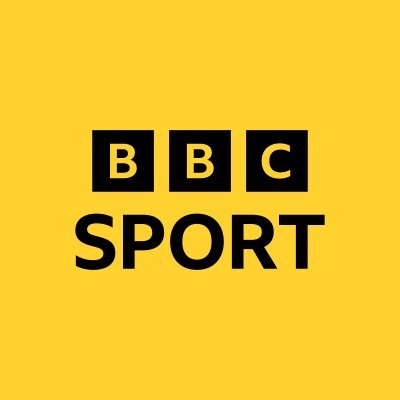 You should be a holiday rep 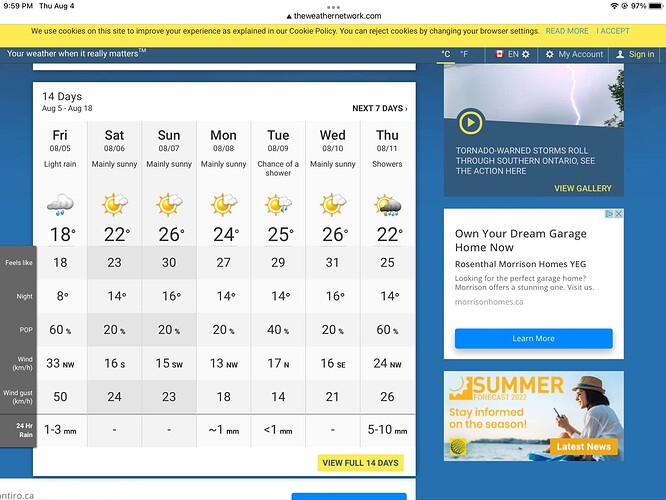 Haha I meant generally over the seasons for someone living there, but fair enough

I do see the appeal tbf, but my career wouldn’t be transferrable to Canada

I forgot how fucking rotten things could get at festivals lol

Even at posh middle class ones?

I mean it’s definitely better than most but still

Are you glamping or camping?

Depends where you are in Canada.
East Coast: heavy snows in winter and some wild leftovers of hurricanes that have travelled up the eastern seaboard of the U.S.
Central Canada: Nice enough summers, but high humidity from ‘lake effect’, great lakes. Not brutal.
Prairies: Extremes. Very cold, dry winters. Lots of sunshine. Summer spells can get very hot.
West Coast: Quite British - they don’t call it the Wet Coast for nothing. Gets pretty warm in the B.C. interior in summer. 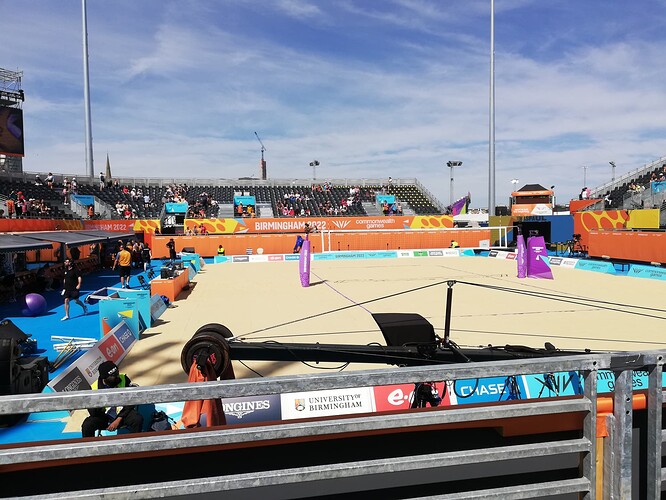 A very Scottish Rwanda supporter in the crowd

Calling all American OA’ers. I know I’ve missed a few but I’m really tired and carb depleted so forgive me.

I’m thinking to go to Tampa for my birthday in March. I’m sold on going there because I love the vibe I see online and I want to visit one of the gyms there.

What’s it like? Can I see other parts of Florida and what’s the closer parts to Tampa?

Is the weather nice in Tampa in March?

Just tell me everything

Funny I’m actually going to Tampa for a conference next month.

Tampa’s on the gulf coast of Florida which I think is the underrated coast. Some really nice beaches and cities on that side—Naples, Sarasota

If you have time I’d say make a trip to Miami but don’t stay in South Beach, it’s just a shit tourist trap.

Also, avoid anything north of Tampa…that’s just Alabama and Alabama-like parts of Florida.

I played in a tournament down there some years ago.

At the time, Tampa was known for strip clubs and old folks (closer to Clearwater, FL). Tampa is somewhat central, so not that far from Orlando (
about an hour and a half drive) and about 4 hours from Miami.

Basically I’m planning to go for a week in March around my birthday so I really wanted to put together a good itinerary based on what people in America can tell me lol.

So this is a great start and some things I’ll note down.

I’m going to try and stay close to a gym called Mi40 which I think isn’t far from South Tampa. I remember it being near an area called Hyde Park I believe.

Thanks brother. I feel like I never read much positive about Tampa from a while ago it seems to be an area I hear nice things about now though lol

Oh cool, you could visit Gold Base @SRCJJ

It’s not terrible from what I remember, it is just overshadowed by Orlando for central areas to visit. As @KITN posted, Naples and Sarasota are nice for beaches.

Miami might be worth a trip down for a day or so depending on how long you are staying.