bet the little one had a blast. it’s funny because my missus wanted to book one of his shows but I refused, we booked ‘in the night garden’ instead, prefer to watch iggle piggle and crew instead of Justin. Hate that guy man

And yeah I agree. Worst is because of the lock down, screen time increased exponentially. Used to have all these groups, like Spanish class, dancing, swimming etc… so little one didn’t really watch as much. Problem is little ones like to copy what they see, and some of the stuff they have is just pure trash, my missus is terrified of spiders and rodents, I don’t want my little one to be the same, went through great lengths to make it that way, watched one episode of fucking ‘Simon’ one of the characters says “I hate spiders” so she started repeating that, has taken me a good 4/5 months to rectify that. Every time I cut the grass I will go out of my way to make sure she’s there, and pick up any of the spiders I see, garden spiders, rock spiders, orb weavers, false widows and now finally were back to loving spiders.

Used to love eating broccoli and carrots and other vegetables, saw an episode of ‘Charlie and Lola’ one of the kids was like “I hate this and that” refusing to eat, little one started copying and refusing to eat quoting that stupid show. Lots of tantrums to just get her back into eating food. Like what the fuck was the point of that episode?

They’ll be much bigger tests than Norwich, but very accomplished debut. 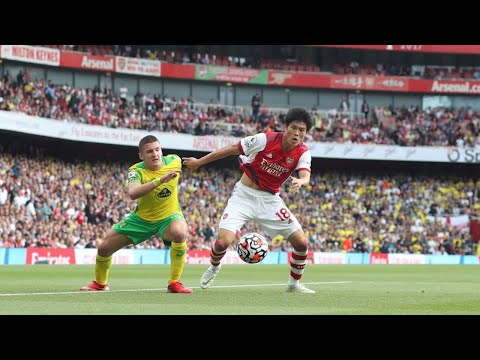 Only managed to watch the first half from yesterday’s game so far, but I like that a lot of play was utilised on the right hand side, as opposed to the left. The combination of White/Tomi looks like a good potential partnership on that side and gives us way more versatility in games now that we don’t have to rely on KT pinging balls in from the left all the time.

I think we got a good sense from Tomi yesterday. Defensive but not shy going forwards as well.

Just spent half hour searching for this weird orange guy. Turns out he wears blue with orange straps. Blippi 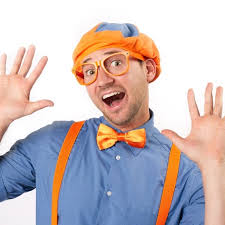 Totally forgot about Blippi. Meredith said they replaced the actor at one point which caused some confusion among slightly older kids who recognize faces. I certainly didn’t notice.

@BizzySignal I feel your pain man. Mads was just old enough to start going to classes and activities when the whole world shut down. She couldn’t even start at daycare until 18 months because they weren’t taking new enrollments!

I only remember Park Chu Young scoring against farmers in the Carling cup and getting thrown onto the pitch in the last minutes in our famous 3-0 win against Milan in 2011. RVP should have scored that

Bet the shirt sales do better when you actually play the player. Big brain Wenger never figured that out

Bet the shirt sales do better when you actually play the player. Big brain Wenger never figured that out

Not to mention that time we played a preseason game in Japan just so Ryo Miyaichi could score in front of a home crowd.

I can’t wrap my head around him saying the word “buzzing”. His English is very, very good. Impressive.

A very solid defenseman, I am happy that we get an upgrade for the team.
I am looking forward to have a more balanced attack from now, than just having Tierney to cross the no brainer from the left.

Seems solid. It helps his head looks like it’s finely chizzled out of granite. God help the player who knocks heads with him.

finely chizzled out of granite. God help the player who knocks heads with him.

I want to see which is stronger. Granite or Granit.

this guy was a great buy.

Solid in both games I have watched

fair play to arsenal this looks like a smart purchase

I am glad he was available for us to make a purchase.
If someone else was proactive, we would have lost out.