How’s he any less of a gamble though?

He’s proven at what, finishing 7th? I think going for players because they have experience playing in the PL is a slippery slope tbh

@_reecechambers
CM. Manuel Locatelli (£13.95m) The 22-year-old has been linked with moves to Inter and Juventus recently and there’s good reason for it. His radar shows just how impressive he is in every aspect for a central midfielder and could be set for a big move soon. https://t.co/dlHA50oXwu

These are a year old but his form was consistent. We could get him for 25m and is superior to Neves in almost every way, and younger. Would rather have him than Neves and it would almost be a straight swap with Xhaka.

Last season was his best, but I’m still not convinced. There’s something missing, maybe mentality will wilt at a bigger club.

I’m not convinced that we could get Locatelli if we wanted given that Juventus and City are both rumored to be interested.

@charles_watts
Xhaka edging closer to Roma, all parties wanting to get the deal done quickly now. Neves on Arsenal's list of replacements 👇 goal.com/en/news/arsena…

Bell and Fabrizio next?

Please let it be agent talk…

I just saw an article saying he’s agreed personal terms with Juve for about 50k a week which triples his salary, but Sassuolo won’t sell him before the Euros in case he has a good run there. They want €40m for him apparently. Can Juve afford that?

I just saw an article saying he’s agreed personal terms with Juve for about 50k a week which triples his salary, but Sassuolo won’t sell him before the Euros in case he has a good run there. They want €40m for him apparently. Can Juve afford that?

Not sure about Juve’s finances. I imagine it might depend on whether they can successfully offload Ronaldo on some other sucker of a team (ie, probably PSG). His annual wages are close to that 40m lol.

The issue with Locatelli and the fear I have with him is that, like Berardi, he is a beast under De Zerbi (who’s left Sassuolo now to go to Ukraine I believe. If he does stay at Sassuolo I will be interested to see how he fares next season.

Everybody knows I am a big fan of Italian football and don’t waste an opportunity to hype an Italian talent. But I’ve never quite been sold on Locatelli and I’m not sure why. I think that I have reservations about his ability to translate his talents at a bigger club. I think maybe he is a great player in a great system for him. But if you remove him from that system, how does he fare?

If we signed Locatelli I would be very happy because I undoubtedly believe he is better than Xhaka and I would like to see how he does at a bigger team after his earlier stint at an ailing Milan.

If it’s a straight shootout between Neves and Locatelli, I don’t actually think there’s that much in it outside of the fact Locatelli will cost more. Carnevalli (the GM of Sassuolo) will not let him go for cheap.

Its still hard for me to get excited about this transfer but I’ve begun to talk myself into it a little bit. I still don’t see it as a move that will really elevate us beyond a Europa League team but I guess it could be a move that solidifies our foundation/platform so that other players improving or coming in could elevate us, if that makes sense.

A few things I didn’t quite appreciate about Neves but that have jumped out as I’ve looked more closely at his stats and also a few games:

-He is a really good tackler, much much better than Xhaka in this regard. Xhaka basically didn’t tackle, only retreat and channel men in different directions.

-He makes very few catastrophic mistakes, which is obviously an improvement on Xhaka.

-He is a really excellent long passer. The variety and range of his passing seems better than Xhaka and he is more comfortable doing it from deep. Having him in the side would give us some of the ability to really stretch the field horizontally and vertically that David Luiz gave us and that we really missed when Luiz didn’t play. This also would make it easier to integrate a relatively raw RCB like Saliba.

-He is a really durable player which was one of Xhaka’s underrated qualities. We need more players that we can rely on to play 35 league matches every season, just to give us some consistency.

I think its possible there is room for growth too. Playing in that Wolves system might have helped hide some of his weaknesses but it also might have inhibited his development in certain ways. Maybe he can go up a level in terms of his incisive passing and combination play, with through balls and breaking the lines.

I’d still rather have a more exciting high ceiling type player like Gravenberch, especially if we’re spending 35m or more. But I think Neves does improve us.

think maybe he is a great player in a great system for him. But if you remove him from that system, how does he fare?

This is pretty much the risk with buying from the Italian league, in many cases a player isn’t greater than the sum of the parts. There are so many methodical systems in play that midfielders in particular can look like statistically complete monsters. I remember Torreria having some of the best numbers in the world for his position in regard to analytics and it just hasn’t translated in this league.

Saying that I do regard Torreira as a really good player and think he’s been unlucky and maybe a bit of a self saboteur since coming here but it is what it is.

While I think it’s important not to overstate the importance of EPL proven I think it shouldn’t be ignored all together. Someone like Neves isn’t the most exciting name but he’s young enough and talented enough that I wouldn’t be completely disinterested in signing him.

This player needs to be matched to Partey with the assumption of having someone like Odegaard in front.

Basically, get us Santi.

dOn’t bE suCh a snOB!

The thing is though, people who dismiss a player solely based on the club he comes from are the ones who deserve Spongebob text, not people who point out that players from shit clubs aren’t necessarily shit lol.

Agreed but no one deserves to read that shit text, even Reddit dropped it because it became too cringe and they’re the source of all cringe memery on the internet.

Haha, I don’t mind the odd use when it’s particularly apt, but yeah, tis not the freshest or dankest of memes by any stretch.

The club put themselves in this bind though.

Don’t promise exciting transfers and then bring in Berge and Neves.

You’ll all be eating your words when he is bossing our midfield and scoring goal of the season contenders.

You’ll all be eating your words when he is bossing our midfield and scoring goal of the season contenders.

leading us to retaining that 8th place…

Bell saying they haven’t heard anything about Neves. 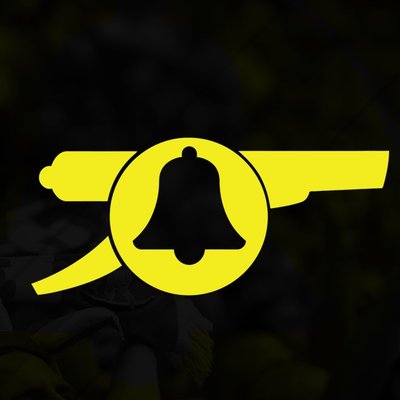 The most exciting part for me is no more Xhaka. So I guess on the whole I’d welcome the signing.

This is a bonus. He has good beard game.