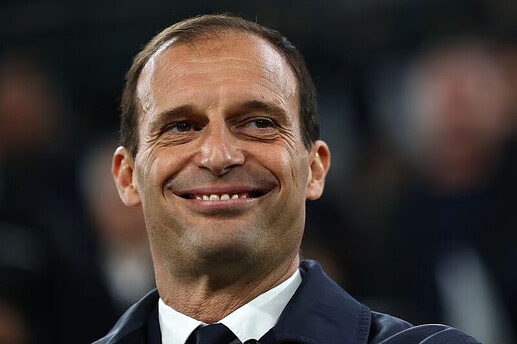 Not against either of these suggestions.

Potter is my pick of the realistically available coaches, and somebody I’ve watched whereas I know the square root of fuck all about Gallardo

The hipsters and stat nerds got to you!?!? 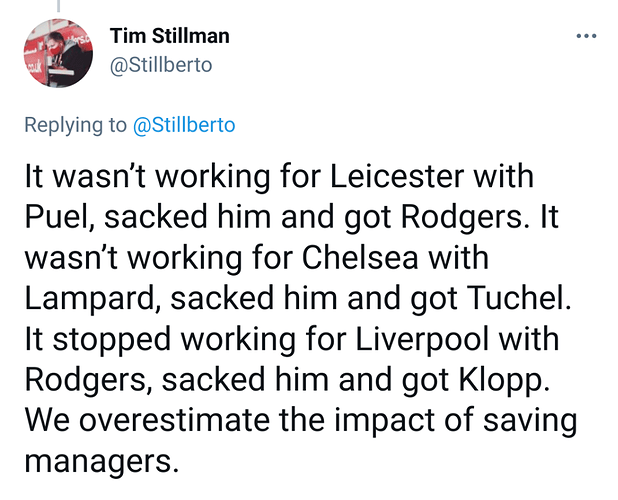 We just need anyone who will go back to basics, play players in their proper positions, not chop and change players or change formations every week for no reason, and let’s our attacking players play fucking football.

How Arteta has changed every player for the worst gets over looked a lot.
1- Auba prolific goal scorer, averaging 20 goals a season for the majority of his career was turned into a make shift winger who went like 9 games with out scoring a goal.
2- David Luiz was a true ball playing defender who would pass through the middle and over the top, that’s gone completely.
3- Gabriel was an aggressive ball playing defender who used to play long balls behind for players like Pepe and Auba, that’s been completely drilled out of him
4- Thomas Partey was an elite central midfielder who used to control games, break up play and play defence splitting passes, that’s all gone.
5- Pepe was an explosive inside forward that oozed flair, that’s all completely gone.

And that’s off the top of my head. This guy isn’t even a hipster he’s just a clown, at least the hipsters are brave enough to stick to their convictions and play the way they want to play, Arteta doesn’t even know what he’s doing, which is why our players are clueless. Like who the fuck Plays two formations that your team has basically never played before in the two most important games of the season? What was he even trying to do? We’ve had 4 shots in two legs against a man who would regularly concede 20 shots a game against the likes of Watford

We just need anyone who will go back to basics, play players in their proper positions, not chop and change players or change formations every week for no reason, and let’s our attacking players play fucking football.

It sounds overly simplistic but it really isn’t. Just pick your best players and play them where they can be most effective. He just doesn’t do the most logical things and there are way too many examples now.

Everything I’ve read concerning Arsenal suggests that they feel a sense of superiority due to the fact they ‘give managers a chance’ and don’t sack managers regularly.

All I see is delaying the inevitable. The optimum moment is now, as it gives the new coach time to bed in.

One of the most famous quotes in football you hear repeated often is Ferguson’s “there’s no evidence that sacking a manager brings success, but there’s all the evidence that sticking with the manager leads to success”. It’s a quote that I simply cannot believe gets repeated to the degree that it does, because it’s absolute nonsense. There’s endless amounts of evidence that sacking a manager leads to success, and frankly the most successful clubs are now the ones who do it quickly and don’t waste time waiting for someone who isn’t fit for purpose to come good.

Would any of these managers actually want to come here though?

We’re an absolutely travesty of a club and beginning to look like a poisoned chalice.

I highly doubt managers like Allegri, Conte, Rangnick etc would even consider us. Why would they?!

He was willing to go to a bankrupted Milan, he just wants the sexual pleasure of building teams at his image.

Does anyone have confidence in the people selecting the next manager?

Until the hierarchy at the club is sorted (and people replaced), I don’t think it matters if they change managers.

They tried the somewhat successful, underwhelming guy with Emery.

Then went the “hire the next big thing” on the cheap with Arteta.

And, the accomplished veteran (I.e. Allegri, etc, etc) will see the dysfunction of the club and want no part unless given a lot of control (which the Kroenkes don’t seem likely to do).

Not sure where they go from here…

Worse was the club had no plan in place for when Wenger’s magic was gone.

It’s always tough to follow a legend at a club, but the knee jerk was Gazidis hiring someone that had trouble communicating with the team (language issues) and then the club hiring someone to learn on the job because a manager backed with unlimited money thinks he was a good assistant. Throw in some entitled players making life difficult and you get the mid table mess that is Arsenal right now.

The structure of the club is in shambles. If that doesn’t get fixed, I don’t see how the club progress.

That’s actually the angle I would take with the Kroenkes if I was the Spotify CEO making a bid—show them how much Arsenal’s value will continue to decline with no Euro football, upset and apathetic fan base, less TV revenue, etc. Might be able to tempt Stan into selling. Surely, The Kroenkes realize that there isn’t the American sports mechanisms in place (draft, salary cap) to keep the team competitive and from the value falling further the longer the club languishes around the mid table.

The structure of the club is in shambles. If that doesn’t get fixed, I don’t see how the club progress

Hate to break it to you but Wenger dealt with the same issues and persevered despite not being given the tools for many years. The issue isn’t that there was no plan for life after Arsene, there also wasn’t a plan for life with Arsene. Well, there were plans but conflicting plans due to power struggles withing the club ect. We coulda had it all with Arsene and Sven, almost lucked into being relevant again lololol

Wenger was the structure, full stop.

Your favorite meme was thinking he was bamboozled into singing shitters like Xhaka and Mustafi, but those guys really did cement Arsenal’s decline. No transfers got done without his approval.

Wenger running things was a money printing machine for quite a while for the Kroenkes. Once he lost his touch with transfers and dithered on guys he could have had like Hazard, he was done contending here.

I choose to remember Wenger fondly, but the last few years where a train wreck and the club’s lack of the planning compounded it to the results of where Arsenal currently sit in English football.

This is factually incorrect. Both Mustafi and Perez were done without his approval. And he stopped personally scouting players. It’s also well documented he wanted VVD, KDB, and Greizmann but was convinced otherwise by scouts. This dumb shit idea that Arsene was some type of dictator is really idiotic, and if u believe all that, then I’m not surprised if u buy all the pro Arteta propaganda either. Wenger was a fall man for how shit this organization is, full stop end of story bruh. And it’d clear as day now, but carry on with ur agenda as it’s looking more stupid by the day.

I don’t have an agenda. I don’t buy the propaganda from the club.

You’re dumber than most of your posts suggest if you don’t think that Wenger had final say on transfers.

Sure, he wanted a lot of top players, but refused to pay market valuations for most of them.

Guy was fantastic for so long—shame it ended the way it did. I’m sure he regrets not adding anyone in the “Summer of Cech” as he could have rode off into the sunset on such a high note.