I understand some of the reservations about Rodgers but I’m not sure who we’re realistically shopping for atm. At the end of the day it’s impossible to know who the best person is, but I do think he’s got the capacity to get us into the top 4 and that’s what we need right now.

I don’t feel for that kamikaze football of Rodgers. He has lost nine games too and conceded as many goals as we have. Rodgers probably does a better job than Arteta, but I think we can/should do better than him

He’s had his best players out for a lot of the season, like Maddison, Barnes and Justin.
He’s also got very few players that would get in our first team and he’s in the CL places while we’re languishing in mid table.

As for them losing nine games, only three other teams have lost fewer and only two other clubs have won more.

This is Leicester we’re talking about, not a big spending, top European club and Rodgers has done a great job there.

I can guarantee that if both managers were available, the queue to hire Rodgers would be a lot longer, with a lot bigger clubs, looking to sign him than Arteta.

This is Leicester we’re talking about, not a big spending, top European club and Rodgers has done a great job there.

So? The way he let his teams play have certain weaknesses and faults I hope our next manager doesn’t have (vulnerable at the back). The losses and conceded goals are a consequence of that. That was the case too with Liverpool. This has nothing to do with Arteta/Rodgers or whoever else other teams would choose. I’m just adressing what I’ve seen at Liverpool and Leicester and think is something to be taken into consideration.

So? The way he let his teams play have certain weaknesses and faults I hope our next manager doesn’t have (vulnerable at the back). The losses and conceded goals are a consequence of that.

As I said, they are fourth best defensively and third top scorers, with very few players that would get in the first team of the top four clubs.
So, with the injuries as well, it’s hardly surprising that there are weaknesses.

Any manager that can get top three in the PL with Leicester, is the sort of manager I want here.
Anything is better than what we have but a top quality coach, who would sort the mess out, is what we need to get us back in the CL again.

He’s doing a good job at Leicester. I’ve said it he would do a better job than Arteta. But if you’re looking for a new manager anyway, Rodgers is simply not the best choice for multiple reasons. One of which is that his teams at Leicester and Liverpool has had some fundamental defensive weaknesses. That is definitely not just injuries or the injuries are the main reason.

If you consider the resources available to Rodgers, I can’t think of a better manager in the PL.
Guardiola is the best but spends more on FB’s than Leicester have on their whole squad and Klopp is several places behind Leicester.

I would prefer a manager from the PL, so who else is better that we could realistically get?

Unfortunately, with our owner, you’re probably right.
The club have proved, without doubt, they have no ambition at all and, unless we can’t beat Villareal, and maybe lose every other game this season, Arteta is here to stay.

So next season we will be starting with the worst manager and owner combination in the PL, two seasons in a row.

Simeone , Allegri or Nagglesmann or Warnock
All 4 managers will install a much needed winning mentality which is so badly needed

You will find the mute button towards the bottom of the thread. In the mean time this discussion is very much going to continue I’d imagine.

Agnelli is personally working on getting Allegri to return to Juve. Allegri would even accept the job with no #UCL. Allegri would like to have a Alex Ferguson style role, have his say on the project, new players. He wants to build the new cycle himself. [Paolo Nonmollo] https://t.co/6X6lqQn36D 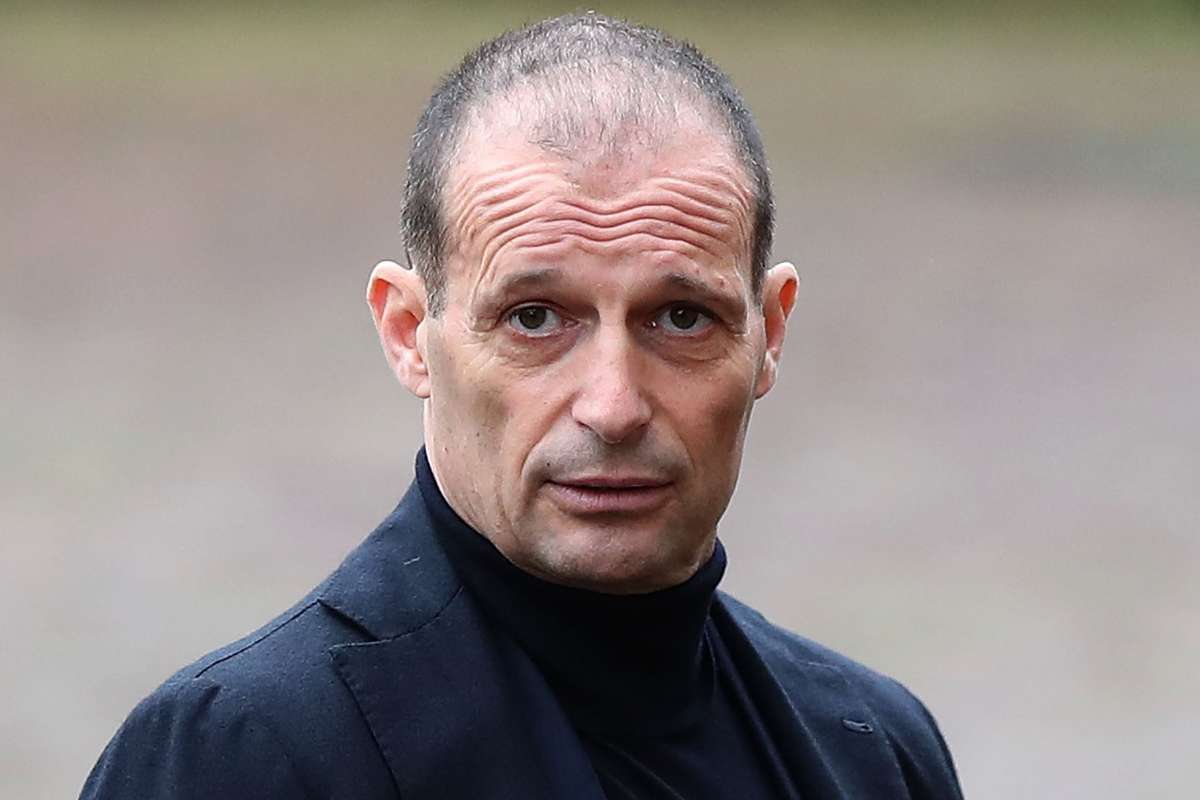 Allegri will return, he already said "no" to Roma. A three-year contract is ready for Max to sign. Then it will be necessary to understand who will be the managers around him, considering that the relationship with Nedved and Paratici is not idyllic. [🗞️La Repubblica] https://t.co/zPXCrkgVa8 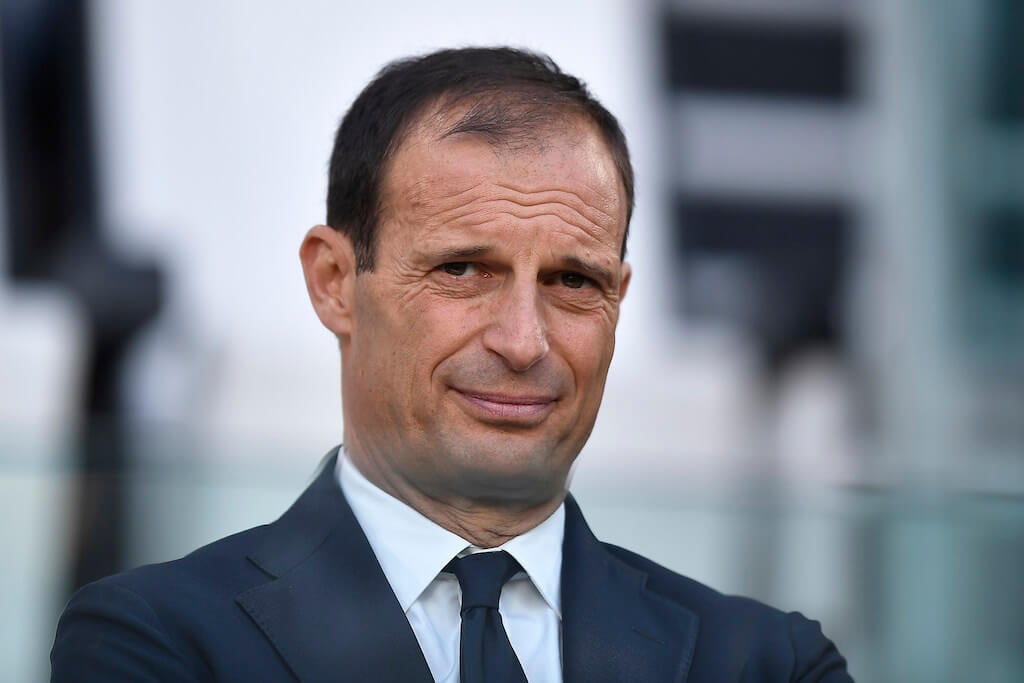 I love that jumper from the first Allegri picture.

Highly doubt he goes back to Juventus unless they plan on a total overhaul of their managerial structure. He left on bad terms with the likes of Paratici.

I wish someone would give Allegri a chance outside of Italy to prove his worth. Unfortunately, he doesn’t coach like a lot of the current guys do so I guess that rules him out ultimately. He’s got a very simplistic and pragmatic approach to football.

This is why I don’t think he’ll come here.
Apart from the board lacking ambition, Allegri would want full control of the club, like Wenger had when he was here, and that’s not the sort of manager Kroenke wants.

Emery and Arteta are yes men and will back the board without making a fuss.
Top managers like Allegri know what they want and will do it their way, that’s why they’re successful.

Out of interest why do you think he hasn’t been appointed anywhere. Seems a long time now. Surely he’s the best manager out there without a club now.

Originally he wanted a sabbatical which is why he took last season off. And this season, I think the only vacant jobs have gone to more fashionable choices who are seen as “modern” despite Allegri having considerably more success than said coaches.

Allegri is great at finding ways to work around a squads weaknesses and for that reason doesn’t have a set philosophy. He doesn’t believe in getting 11 players to play one fixed way but rather finding a way to get the best out of 11 players. He has a more old school approach, less fixated on intricate nerd details.

Bayern job was always going to Nagelsmann. Chelsea wanted Tuchel, allegedly because of his German roots and philosophy which would benefit the expensive German contingent. That leaves only PSG who went the Pochettino route after Emery and Tuchel (two coaches who are also considered “modern”).

There isn’t really another high profile job that’s been vacant. He’s never going to be considered a fit for Barcelona, I can see the Real Madrid job becoming his if Zidane does leave. United seem to be happy with Ole.

He just became unemployed at the wrong time I guess