Good player but I think the extent of how good he could have been gets a bit overplayed at times.

true to be fair, the only really truly exceptional performance i can remember was the barca one, 1 performance is more than likely a fluke performance, but you can see he has got talent just doesnt seem to be bothered to push to bring it out.

Yeah I mean he clearly had talent, I just think the idea that he was some gloriously gifted footballer ruined by injuries is a little overplayed now.

Think he’d have been a good player but just no quite as good as is often made out.

Yeah I mean he clearly had talent, I just think the idea that he was some gloriously gifted footballer ruined by injuries is a little overplayed now.

He was definitely ruined by injuries. The problem is he never go to mature his game because of the lack of gametime due to injuries. But in terms of having close control, pace, short and long passing game he was an exciting package. He wouldn’t have been a Fabregas or Xavi level but if he learnt to not overdribble and use space a bit better he would of been more effective

Good player but I think the extent of how good he could have been gets a bit overplayed at times.

I feel like Wilshere is probably the only other player in the last 15 years or so with Fabregas type potential (that we have produced).

Because of the injuries, people also forget he was starting in our midfield 3 at the time he was breaking into the first team, at 19 or so.

He had the right mix of passing, movement, aggression and natural feel for the game and would have had years to build on those skills had he been relatively injury free.

He was a much better player at 19 than loads of guys we gave 3 or 4 years of game time to.

It sucks we didnt get to see what he could have been.

In before AC hits you with millions of words on Gnabry.

(He’s the only one other than Fabregas and Wilshere I’d include).

Jack Wilshere ruled out for the rest of the season after surgery thesun.co.uk/sport/football… https://t.co/n5OqrdhX3k 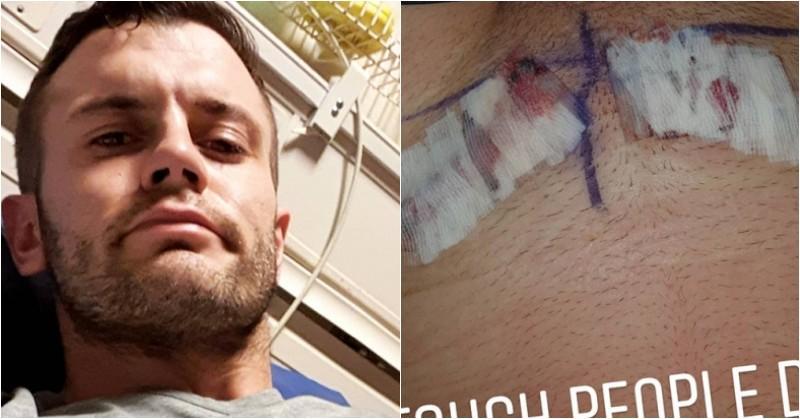 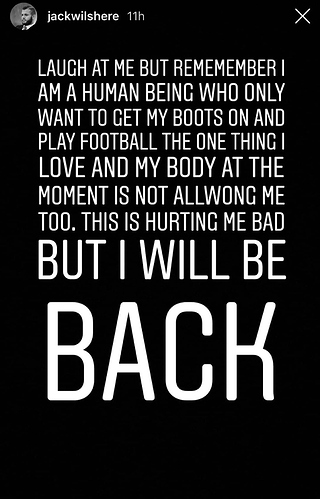 he is absolutely done, he cant string 2 games together without being injured or needing surgery.

Simply collecting his pension at this point.

pretty sad actually, should probably actually think about retiring so he doesn’t get any more injuries in the future

What I don’t get with injured players like this who still on good money, is why aren’t they put on the equivalent of the average person and perform light duties.
Could do plenty in that role that benefits the club and maybe even himself.
We should of done a lot more of that with our perennial injured brigade.

No could give talks and talk tactics and experience in football matters to youngsters.
Could visit schools and hospitals on whatever community initiatives West Ham run. Loads more they could do, rather than just rehab.

Football invalid. Sad to see it happen to a kid as talented as him, fuck it’s frustrating.

Will never forget seeing him against Barcelona, he looked like the real deal in that game.

“My body at the moment is not allwong”

It’s not all right either Jack

Cmon now, who else noticed

How do you know they ain’t doing some of this already?

Feel very sorry for Jack but also a bit sad for football tbh. Feel like there was something special in that kid and we were robbed from seeing it grow.

I don’t but by and large football clubs usually make a fuss when there’s something like this being done. Take any club at Christmas always ton of footage of them visiting kid wards.

“My body at the moment is not allwong”

It’s not all right either Jack

Cmon now, who else noticed

That and he wrote too instead of to. Poor jack, he seems dumb so yeh he needs to stick with football.