this POLITICAL MOVEMENT has trapped people into feeling they cannot oppose Black Lives Matter as to do so would be to endorse racism.

Well, the term Black Lives Matter is largely just a slogan. There’s obviously an organisation that have adopted the slogan as their name.

You can just say that black lives matter, because they do. And you can highlight racial inequality, because it’s vast (something the multitude of government inquiries have shown). You don’t have to agree with the organisation, but not agreeing that black lives matter (the slogan itself) is the problem a lot of people have. Black lives do matter, and they should be the focus of establishing a more equal and fairer system in the UK that isn’t so openly unfair and racist.

Its not about the organisation mate. Its about the sentiment and issue. Now fuck off with your Alf Garnett rants and put some thought into what your seeing and allowing to manipulate your outlook.
Theres an issue that needs tackling. At last from football point of view we have a way of engaging some thought provoking. Give it a go and stop looking for reasons not too.

Its not about the organisation mate

I can accept this and obviously I’m in favour of anything that improves conditions for any minority, but what I have an issue with is that I haven’t heard, separate from the organisation, any real clarity of intent. I’ve heard some talk about Stop and Search (which I’m torn about) and prison reform (I’m open to that discussion), but otherwise it’s mainly just corporations etc. reacting to it and implementing their own changes. Some of it positive like the BBC making a diversity fund to support minorities in television, other stuff stupid like The Black Boy pubs changing it’s name when it’s named that way after Charles 2nd or York Ministry now considering taking down a statue of Constantine, an actual Roman who lived almost a thousand years ago, or Loreal not making whitening products anymore. Asinine stuff. In the U.S it’s looks like Mad Max. For me the organisation needs to be leading the way with realistic applicable goals, simple and clear so that the government and Opposition are forced into making concessions. At the moment politicians seem totally adrift from it all. They can just ignore it which is basically what they are doing. I want to know what is actually on the agenda to be changed? Please persuade me, I don’t want to be on the wrong side of any social improvement.

See I dont. At some time in the very near future dialogue will need to open up. I think that will come but because of some not all of the changes that have been volunteered above. This will hopefully make the discourse far stronger than in the past. For me seeing different sectors have to think and yeah probably in some cases react from a PR perspective, at least have to change a thought process. We are at the very least just hopefully at the very beginning of something bigger.
Tbh this started last night on the players taking a knee, which for the most part is slightly different for me than the bigger issue of the thread. Not that im adverse to discussing the wider topic.

Plenty of positives have emerged from it. The very fact it’s at the forefront of the news coverage atm so in itself very positive.

But the way I see it is some people (not you) don’t really believe black lives matter and take the slogan so close to their heart that no matter what comes from it they’ll find fault.

It’s a slogan. The organisation was created off the back of that slogan and it’s a damn good thing that there is at least an organised movement which won’t back down. There are things they say - good and bad. But at least they’re saying things now.

I think subconsciously a lot of people just don’t really like seeing racial inequality being publicised to the extent that it is and that’s why - for them - this movement is a shambles.

The UK has a huge problem with racism so I’ll support the slogan and give my backing to the organisation (until they do something that goes beyond what’s acceptable - which they haven’t).

See I dont. At some time in the very near future dialogue will need to open up.

I hope so. I hope it leads to some good outcomes such as how the anti-Vietnam war protests led to say greater liberal rights for women and a more liberal outlook in general. P.S please don’t take down statues of Romans lol.

you are another useful idiot ffs

Is it possible for you to disagree with someone without chucking these obscenities in at every occasion?

They’re not funny and it’s a crap look. Otherwise it’s pretty nice to have a new face around here.

At least Stroller is useful though, not sure if I’d say the same for cheery chappy Bill.

Yeah where on the Tyson v Holyfield card.

Everyone is talking about change and the positives…nothing will change for the most part, the PR stunt is well and truly over now; and as for the discussion which mind you has been happening for years despite changes and progress.

Change has to come from within and externally. 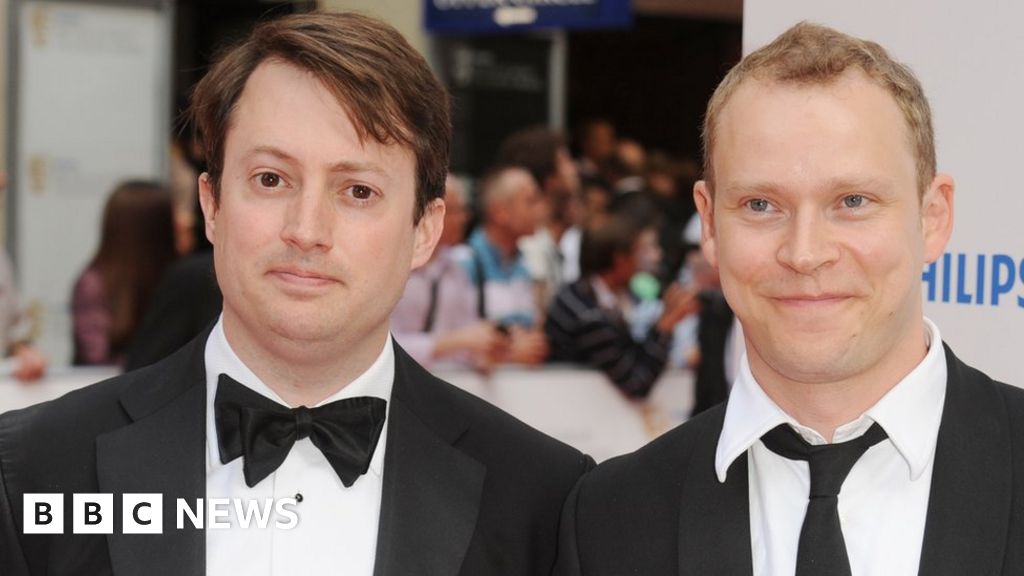 But it's still on Channel 4, who say they don't think "erasing our creative history is a quick fix".

I know blackface is offensive, let’s start with that point. I don’t think it’s cool, at all.

But the whole point of this fucking scene is that they’re having a huge amount of sex and trying to break every possible taboo. Jez blacking up to shag his girlfriend is completely inappropriate and offensive, he says himself that it “feels a bit racist” or asks a question to that effect, that is the whole point. In the end they either can’t go through with it or he can’t complete, because it’s evidently so wrong.

Jez is an irredeemable piece of shit, the entire show is predicated on the fact that all of the characters (Mark and Jez specifically obvs) are totally shit human beings, of course Jez was ultimately willing to black up in order to continue the kinky sex marathon with his impossibly hot American girlfriend. The point wasn’t “let’s laugh at a crude stereotype of black people”, the joke was evidently more “look at the lengths this piece of shit will go to in order to fulfil his own desires”, he’s the butt of the joke, not black people.

I just feel there’s possibly at least room for some nuance in cases like this, where its clearly satire and the subject of the joke is not black people, but arsehole white people lol. This seems patently different to even “recent” examples like Little Britain, not that I think that show was trying to actively promote harmful stereotypes either.

I agree and it is true that there are context where blackface can be used.
However It’s a matter of governance. Who gets to deem it acceptable or not? Who would be willing to take onus of that minefield.
There will be some people who would go ‘If you allowed this, why not this?’
The effort required to justify every blackface would just not be worth for content creators, it would just lead to needless drama with people throwing creative arguments to justify or defend blackface for that instance.

If we’re banning little britain then that scene from peep show is a given.

We can’t contexualise racism in comedy. It’s there for supposed comic effect

We can’t contexualise racism in comedy.

Such a thing as irony does exist. That scene is not racist. You can make a clear case that the characters are, or are at least being incredibly racially insensitive, but the scene itself is not racist because the whole point is that their actions are appalling and offensive. I might have misremembered or not seen every sketch featuring the character, but I don’t think such nuance or satire exists in Little Britain, hence me saying they’re different.

When context and nuance is erased, then we’re all fucked.

I wonder how long it’ll be before Tropic Thunder gets pulled from platforms.

I’m not going to lie @JakeyBoy , I’m experiencing a bit of schadenfreude from your post about Peep Show after you supported pulling Little Britain and Come Fly With Me

Then they came for Friends, and I did not speak out - because I did not watch Friends (only @Phoebica does)

This is exactly the point myself, @Midfield_Maestro and @Dr_Strangepass were making and that you guys were making fun of us for. We knew it was coming because this is how it always goes.

“Oh Little Britain is just a shit show, it’s kind of offensive, whatever, not a big deal, it’s outdated”

No it is a big deal, because it literally is a slippery slope where shows like Peep Show, Mighty Boosh and League of Gentlemen and much more mainstream and inoffensive shows and media will get thrown out with the bath water.

This is why I’m so vehemently against censorship of ANY kind, ESPECIALLY within humour and comedy. Comedy should be protected from censorship most of all.

That scene is not racist.

This is why I was earlier complaining about companies acting in a reactionary way to the BLM movement. It becomes farcical, in totally frivolous areas, and ends up turning people against change because it appears threatening. Sadly, most people in the UK have no stake in issues like prison reform, it simply doesn’t matter to them, so to generate support BLM just needs ordinary people to feel neutral about BLM, that’s enough. But tampering with TV takes them from neutral to hostile. Instead of talking about prisons we end up talking about Jesus or Peep Show. Collectively the country just goes - please make it stop.

That scene is not racist. You can make a clear case that the characters are

But then so was Alf Garnett. So were the Black and White minstrels. So was Little Britain/Come Fly With Me.

It’s offensive humour intended to provoke a reaction. There’s a number of reasons it’s on after the watershed and that scene was probably one of them. Their main aim is to get laughter. If you black up a white actor, I personally can’t see the humour.

The world isn’t equal, and is very far off that. So I don’t really think offensive comedy should be protected when we live in such a grossly unequal world where stereotypes can have a negative impact on certain peoples.

That’s just my take on it.