That’s fair, but at the same time, if he hits everything long our possession goes down and we’re under pressure that way.

Just about getting the balance right, have to remember he’s still young

He does invite a bit of nervousness from fans when in possession but I feel to some degree that its also part and parcel of having your keeper be invovled in the buildup of play.

In a lot of ways, the close calls are part of what makes that style effective, because it can force opppsition players into breaking their press to close down the keeper leaving space for others further upfield.

The danish commentators called him Pickfordsesque because he always looked stressed and paniced with the ball at his feet.

He also said it himself in a podcast with Forster that he dread playing out from the back at times. We need to eliminate that fear from his game, as its a crucial part in how be controle the match.

Thought his passing game was way off than what we’re used to. Lots of high looping balls, instead of the low trajectory piercing passes.

Made some great stops though and deserved a clean sheet.

High looping balls is on par with defrosting a freezer. Fekin hate it. He needs to get back to his laser sharp kicking at pace.

Another one to White when he was under a bit of pressure.

Based on the first 3 episodes of All or Nothing, this guy feels like a future captain.

I like you man but get a grip out there.

Not a great start to the season

Not a great start to the season

Bit unfair this. We ain’t getting 3 points against Palace without him.

He also made the save early on where Leicester could have taken the lead and the game would have been different.

Needs to solve for it asap.

Had a great game last week, made some awful errors today. We didn’t bench & sell Bernd Leno for performances like this. Unless we score 3/4 every game, we’re really going to ship a ton of goals again this year.

I don’t trust him at all. That’s an unforgivable goal to concede. If the FIFA AI made me concede that I’d fucking turn it off.

He is getting to excited needs to calm down a bit

Quite inconsistent from minute to minute. Can produce a top save one second, and then let in a goal that has no right troubling his net.

What errors did he make apart from the Madders goal?

Vardy is a sneaky bastard, can’t put too much weight on that penalty, he actually dealt with that well in the end.

Let’s not forget, he kept us level early on. He put in some beautiful balls in that got us in dangerous situations in the final third as well like this: 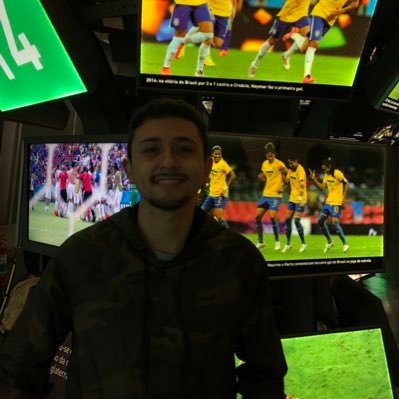