You know what really grinds my gears?

Yeah that’s what I’m scared of! We have no flooring, just beams across and then tons of insulation between so i have to spiderman across the loft trying not to fall through and with the insulation I can’t see anything so I’m scared it’ll die somewhere impossible in a corner. I bought two of those electronic zapper traps with the hope he’d just die in there but no luck so far. Too crafty the cunt but might have to resort to poison if he won’t go near my traps.

One question, what are these newfangled vegetarian peace traps baited with? It sounds like you’re relying on the rat’s natural inquisitiveness to lure him in?

I thought £70 sounded a lot- get some proper traps

The English language grinds me right now. Saw an interview on TV today with a man who’s sir name is Knutsson. How the hell did the phonetic “expertise” decide it would be pronounced “KAYnutsson”? Just as logic as saying “DOUBLEYOUalcott” or “EMonreal”. Bellerin for example isn’t pronounced in that manner. Why not spell out all the letters then. “KAYENYOUTEEESSESSOHEN”.

All Discovery owned channels could disappear off Sky TV from 1st February, unless a last minute solution between the two companies can be found.

Negotiations with Discovery Communications have broken down, and Sky says 13 channels could disappear on 1 February

Admittedly, most of those channels in the list I don’t really care for, but no Eurosport would be a bit shit. A lot of people not at all happy with Sky over this news.

The argument that gets dredged up each year around this time about big clubs showing the Fa Cup a ‘lack of respect’.

Once again…if you want the Prem clubs to play the same players in the Fa Cup 3rd round, then force them to cap squad numbers at 18. Otherwise STFU and let them use the early cup rounds to develop fringe squad players, many of whom will go on to filter down the pyramid and provide good players for lower league clubs.

Never understood people who moan about this.

getting a phone call on your day off thinking they want you in, only to be told theyve gone bust and you are now out of a job…also on the cunt list…

I dont know why it Grinds my gears so much, but it just does.

People who CONSTANTLY (even in news articles etc) use the words Venomous and Poisonous wrongly. I cant tell how many fucking times i see in articles and hear people say stuff like ‘i was bitten by a poisonous snake/spider’. NO NO NO FUCKING NO!! VENOM is Injected POISON is pulled in through the skin by touching something or inhaling it or it is ingested generally like eating a poisonous mushroom etc…get it right ppl ffs!

People who go on about the SPECIAL RELATIONSHIP with the US, when all it amounts to at present is Theresa May and the government having to demean themselves slightly by tolerating the moronic Donald Trump in public. Yes I know she has to suck up to the Americans the same as any other country but it still looks tragic.

I’m with you there buddy .
I’m waiting for both arms to be done .

they cancelled the Miss Reef contest

I would have thought that would be the least of your worries :cech:

You know what really grinds my gears? The Cross Bar

At least it’s not in the kitchen. I wouldn’t know what ya gonna do if it was. But as it’s in the loft, may I suggest poison, an airgun or a cat/ terrier.

You wanna fix that rat that’s what you wanna do…

A 2 in one post…Cunts who phone you night before game saying they have a ticket and to phone in morning , then disappear…Cunt…

Men who completely bleach their hair blonde, it just looks stupid and unnatural.

What are you talking about? 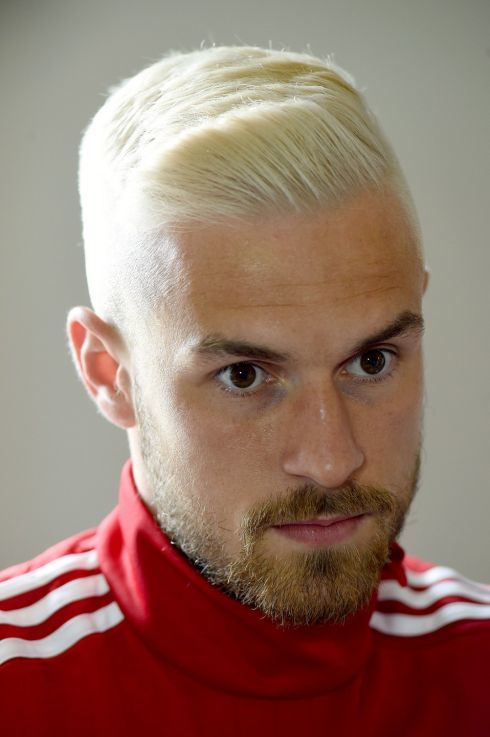 If he spent as much time brushing up on his football skills as he does brushing his hair, he could be a decent footballer.

looks like a paintbrush which has been left in a jar with varnish on it and its dried…fucking terrible!