You know what really grinds my gears?

People really think The Beatles and Queen are overrated? I know who not to talk to now

I like the drummer but yeah apart from night at the opera from very early they became a pop band.
Dave going to come in with Live aid now. U2 out performed them but your not allowed to say this.

Sorry Stroller, have to disagree…I was at Live Aid, and Queen were by far and away the best act of the day…Absolutely stunning, and I have to be honest, I am not even a big fan, but on the day, they were outstanding.

Im going to invite @giner into this conversation. He can give his take on Beatles, Queen, the Boss.

Just for the mix can I thrown Coldplay into it !

Just for the mix can I thrown Coldplay into it !

I usually hate Coldplay. That Yellow song did my head in. But I went to see them live at Wembley Stadium with a friend and they were pretty frickin good.

Don’t get me wrong, I won’t ever choose to listen to them. But as a live band they were good, they put on a good show which is more than can be said for some other bands, cough Oasis last shows cough

Well Yesterday is the most played song in history of American radio.

It’s dead strange that, isn’t it? It’s a bit like Monty Python. As a series, I’ve been told that the repeats are a lot more popular in the states than they are here, where they were born (indeed, I don’t ever recall Monty Python being shown on BBC again). Different tastes.

I listen to Smooth quite a lot. You’d expect the odd Beatles song on there. Nothing.

Yoko Ono was due to go into I’m a Celebrity, Get me out of here ! but they decided not to as she has been living of a dead Beatle for years .

Okay Stroller, here I am. As a proviso off the top, we’re talking different styles here between the Beatles, Queen, and Springsteen and different generations - slightly.

The Beatles: The sheer phenomenon of them stands them out front for me. Queen and Springsteen never captured that aspect to the same degree. It’s probably one of those ‘you had to be there’ moments. In addition, their musicality (mainly McCartney’s) in the volume that was produced was outstanding.

Queen: No shortage of musicality here either - I was recently messaged by a friend of mine, a brilliant guitarist herself, a duet collaboration at Christmas with Brian May and the result was stunning. It’s a shame, but I can’t put it on here.

Anyway, without the studio/video production work (this is where the ‘different generations’ comes in), I get the feeling that if you stood Queen on a naked stage with no lights or other effects, the raw energy of the likes of bands ten or fifteen years earlier might just fall a bit short. Personally, and we’ll all probably differ here, I never liked Freddie Mercury’s voice - his breathing technique was awful, resulting in harshness and some dodgy vibrato.

Springsteen: Hmm, I really don’t get the fuss about him. Competent, presence, big hype behind him, some decent material here and there - in football terms, a good squad player. A brand, more than anything. Sheer Americana.

Okay one last one on British vocalists as too a discussion I had the othet day. Who is better. Paul Rodgers or Steve Marriott.

That’s not easy, I like them both. Quick anecdote - I was asked by Steve if I wanted to join SF when he was putting it together. I turned it down - thought my own band was a better bet. Backed the wrong horse there.

Anyhoo, of the two yeah I was going to say Paul Rodgers, but . . . too close to call.

That’s one very talented band. Are you OAs Pete Best then.

Yoko Ono was due to go into I’m a Celebrity, Get me out of here ! but they decided not to as she has been living of a dead Beatle for years . 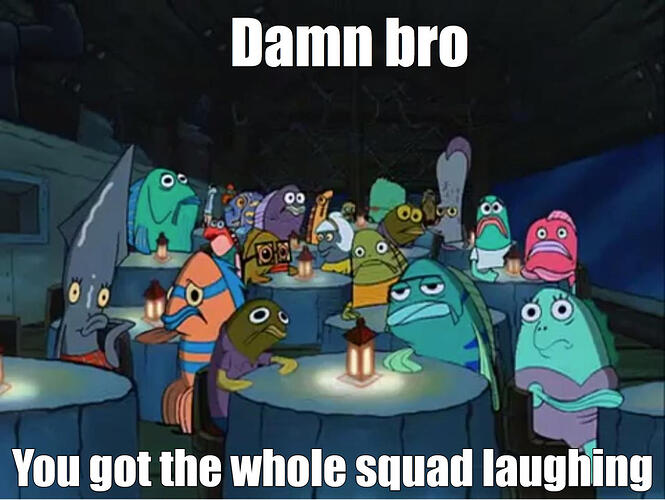 That’s not easy, I like them both. Quick anecdote - I was asked by Steve if I wanted to join SF when he was putting it together.

I met him a few times on the London club circuit and when I spoke to him he would drop a few names but the names he was dropping were about the biggest in music so it was brilliant.

Paul Rodgers for me . Fabulous vocalist.

Does anyone else have a 2018 onwards Sony tv? Mine has a “picture off” selection, to turn the picture off, which is really easy to accidentally select… Then when you press menu button again to try find the option to turn it back on. Guess what, the pictures off! So you gotta reset the whole fucking thing

see if this helps