Overall I enjoyed it. The story’s nothing new or exciting but the cast good enough to make it work and theirs just stuff that happens in episode that cool to watch.

I rank it like this tho for Disney+ shows

Also Hans Zimmer is coming to the UK next year 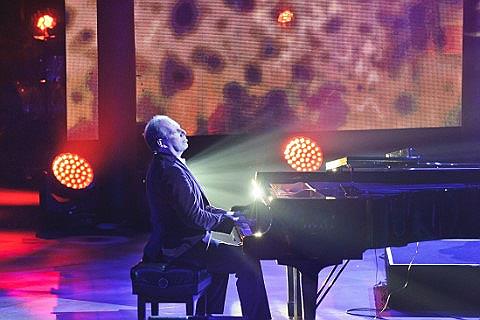 No spoilers…how would you rate it out of 10?

Tricky Dick and the man in black.
This centres around an invitation by Nixon for Johnny Cash to perform in the white House around the time of the Vietnam war.
Turns into a fascinating watch as the complexity of Cash and his beliefs unravel before a memorable performance.
Less than an hour long but a good watch.

Just watched Episode 6 of The Boys.

JFC. Having The Deep have sex with an octopus was absolutely ridiculous. I’m not sure I love what they’re doing with Hughie’s character. I don’t know that I buy him going down the path of Nice Guy insecurity with respect to Annie’s superpowers to the point that he’d take Temp V but whatever. It’s the kind of shortcut I guess shows take all the time. GoT did it with Dani’s storyline. I guess nobody wants to watch seven seasons of a show where a main character has slowly simmering resentment. OTOH Laz Alonso’s work playing MM this season is so goddamn good. What a great actor. It would have been so easy to have MM compromise his morals and take the Temp V. The fact he didn’t makes the character way more interesting to me. Also, I’m still really worried that Serge/Frenchie and Kimiko are going to die this season. I love their little storyline. I really hope they make it.

Where can I watch this @Stroller and as someone who loves Johnny Cash will i be disappointed in him?

Netflix and no you wont.

Caught some of Paul McCartney headlining Glastonbury at 80 years old. Incredible he is still able to do something like that.

Seeing Dave Grohl come out on stage last night was awesome.
I was supposed to be seeing them in Manchester last night, but for obvious and understandable reasons they cancelled. Had a T tattoo on his fist too.

Just been watching some of Man Vs Bee on Netflix…worth a watch if you want a chuckle at some classic Rowan Atkinson.

Is anyone going to watch Westworld? Season One was so goddamn good but I feel like leaving the world of the parks made the show lose it’s way.

Is anyone going to watch Westworld? Season One was so goddamn good but I feel like leaving the world of the parks made the show lose it’s way.

That mixed race lass (Tessa Thompson?) in it is gaaaaawjus.

Other than that, it’s meh.

Meltdown Three Mile Island.
Documentary on the 1979 accident and fallout from this incident. Very well made and 4 part in depth account with personal insight on the cover up that devastated the industry.

I like the concept but it felt really drawn out. The sprawling cinematics and long dialogue made it a drag for me. I didn’t particularly like any of the characters too, felt cold, which maybe is what they intended.

Finished those 7 episodes of Better Call Saul season 6. Love the show, can’t wait for the second half

I actually prefer it to BB.

I actually prefer it to BB.

I haven’t watched BB since it finished, do you think it’s ideal to watch it again and then watch BCS? I never dived into the Better Call Saul series because I didn’t think it would be as successful as it has been, especially after the dust was still settling around Breaking Bad.

I would say a YouTube recap would probably do the job. But honestly I love the pacing of BCS, nothing ever seems rushed and even really small details feel really important.

@DavidHillier have you watched the last season (or the half that’s been released so far)?