That’s my usual habit. But this time I skipped the PS4 and think I might get the PS5 close to launch, if I can afford it.

Never got the PS4 because I was still happy with the PS3 early on. By the time the price drop came, I was too busy with work and then a newborn. Now that he’s 3 and has a little interest in the Switch, we opted for that. He can play a bit. We have the handheld option, which is great. I’m finally getting to enjoy Splatoon 2! But I miss my shooters and can’t wait for the PS5.

I still really want a switch but there’s absolutely no way I can justify it, too much money to spend when there are so few games I’m that eager to play. But I have a fondness for handheld gaming that’ll never go away.

I bought one at the start of Lockdown, my partner stole it from me and is now addicted to animal crossing.

There are not many games on it that interest me either but I never owned a gameboy as my parents couldn’t afford one so I thought I’d buy myself my first ever handheld haha.

Pokemon is shit, I only continued playing it due to far away friends playing it.

I grew up playing NES, SNES and Gameboy, but never my own. The only console we had as a kid was the Vectrex (given to us well after its prime, but I loved asteroids and blitz on it) and a Sega that was a family gift. It’s nice to have the Switch. Other than Splatoon 2 and Mario Kart 8, I’m playing a lot of Nintendo and Sega classics. I’ll probably get a couple other Mari games and Legend of Zelda. That’s it. My other half loves it and will get more use out of it. That’s why we opted for it for now. I really didn’t want to get a PS4 only to upgrade in about a year. We just bought the Switch back in Feb. I do love it’s portability.

Even the Switch lite? If you just want it for handheld, that it is more affordable. Personally, I don’t like playing a lot of games in handheld mode. The control is awful for what I like. I did invest in the Pro controller and it’s as good as the PS if not a little better.

But I have a fondness for handheld gaming that’ll never go away.

A lot of blokes do, myself included.

Amongst my favourites are “Boxing the one-eyed champ” and “Choking the chicken”.

Great replay value on these games too 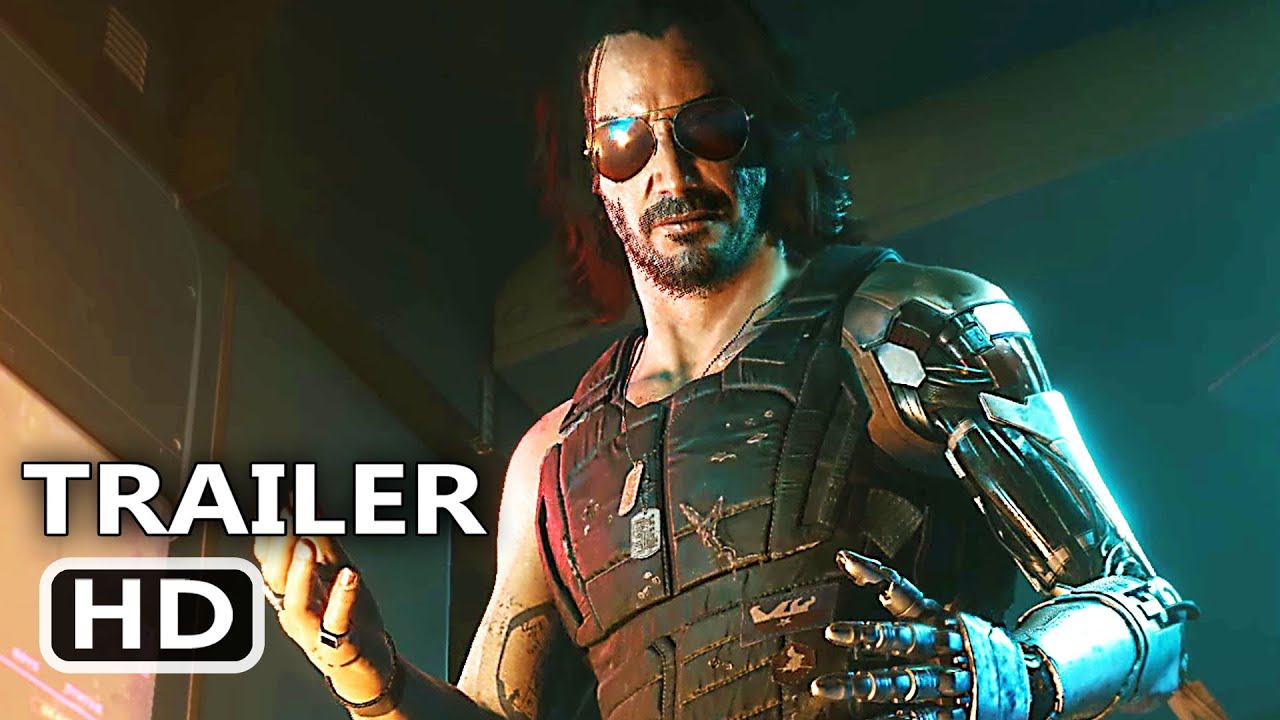 Tbh, my mindset is possibly a bit Xbox 360 still. I got that many years after release, and as a result was been able to build up a library of about thirty odd titles, because I was picking them all up for like five to ten quid in CEX, I think I spent over fifteen quid on maybe five titles tops lol.

To be fair, I’ve had the Xbox One for a year an a half now (I come to each gen pretty late) and Ive probably not bought many (if any?) of my games second hand, so that is probably me trying to stubbornly stand by an outdated principle I don’t benefit from.

But like you say, the pricing is a problem. I’ve seen games available brand new in physical form for like half the price of what it costs to digitally download it. I’m unlikely to ever want to take the game round a friends house to play it, lend them it or trade the game in at CEX, but why would I want to pay significantly more to not even have the option?

Also, and now perhaps more importantly than the above issues, I do want a blu ray player and don’t want to have an additional machine in order to do so.

I think the modern version of this is buying games in bundles or waiting for 90% off deals. I’m not sure you can do these deals on consoles but I’ve amassed about 1300 games on Steam, Uplay, Epic and GOG on the PC. It’s probably worth regularly checking Humblebundle because sometimes they have PS4 bundles, not sure if they have Xbox ones though

Most of my games cost £1 or less, 100s were free giveaways amongst which included many AAA ones like Witcher, Witcher 3, GTA 5, Shadow Warrior 2, Assassins Creed 2, 3, 4, Unity and Syndicate, all the Batman games, loads of Lego games. Epic is giving away 2 games a week right now. I could game forever without even having to buy a game again.

Otherwise I generally try to wait until a game drops to £5. On PC it usually takes 6months for a game to get fixed anyway, so it’s worth waiting for a 80-90% off deal when you already have a huge backlog that you’ll never work all the way through anyway.

With The Witcher they picked a really amazing writer so I wonder how good the writers are for this one. I’m sure it’ll be a solid gaming experience but the whole lore of the Witcher captured me the most. This from initial overview looks a bit out law

On the other hand I wonder how well my current hardware can run it at 1440p ultrawide. I think I’ll either be going for a lower resolution or dropping settings down a fair bit.

Just get the xbox game pass for like 5 quid and there’s plenty of games there to play. Such a good library.

Great for Xbox users. Origins basic £20 a year, versus £4 a month is great value too for the range of games you get. 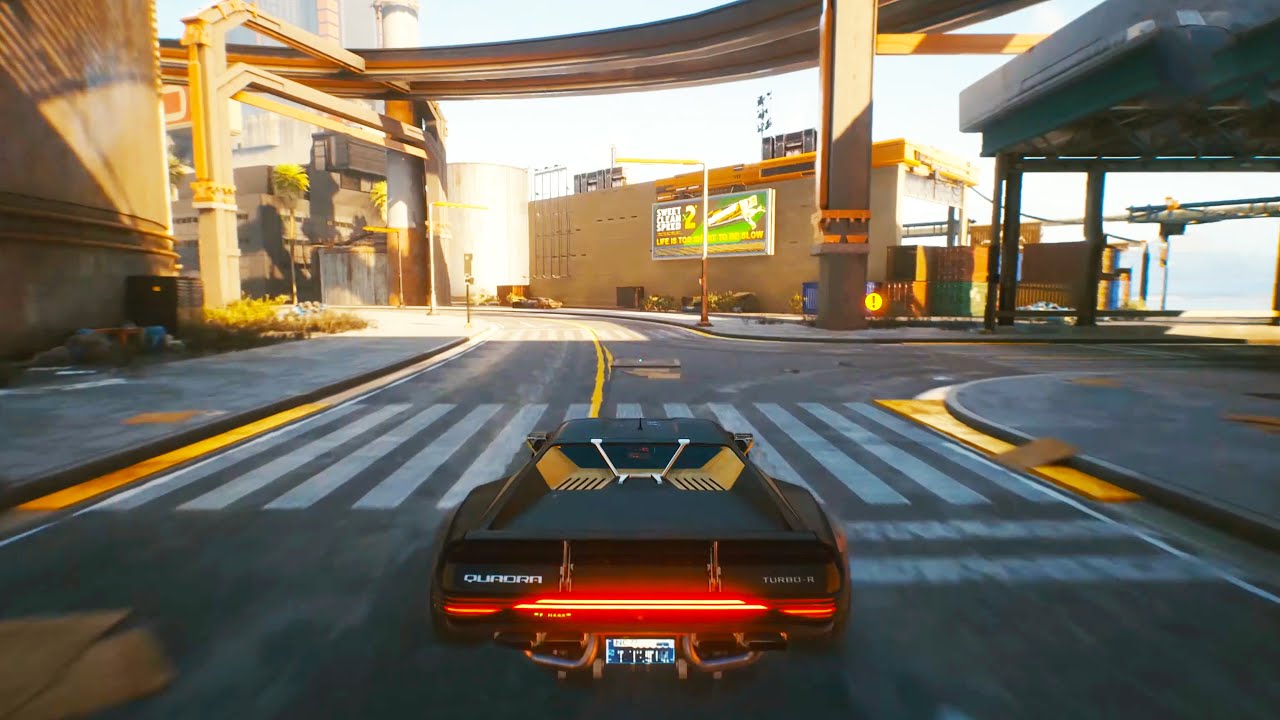 Apparently in order to run ray tracing it’s upscaled to 1080p from a lower resolution on a 2080TI!!!

We're heading back to the jungle.

Came to post that. Looking forwsed to that shit 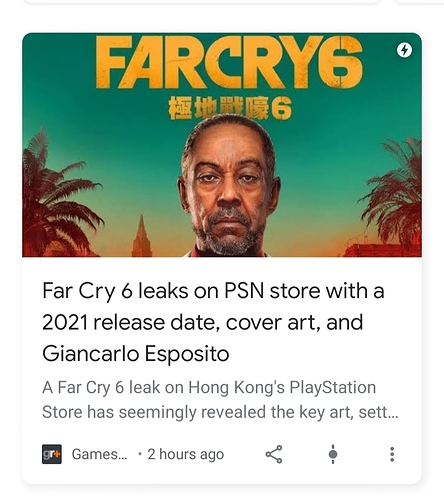 This is awesome! Love Far Cry.

Speaking of new games, just got the new F1 2020. Its actually amazing and more. Can create your own team in career, choose your power supplier, a choice of partner from F2 drivers - get a car reveal and everything lol @Electrifying

The gameplay is top notch too this year. Multiplayer is much more stable. Top job so far Codemasters.

I wasn’t a big fan of some elements of Far Cry New Dawn and was questioning if I’d continue with the franchise, but I’m not gonna lie, simply by doing this there’s basically no chance I don’t buy this game. 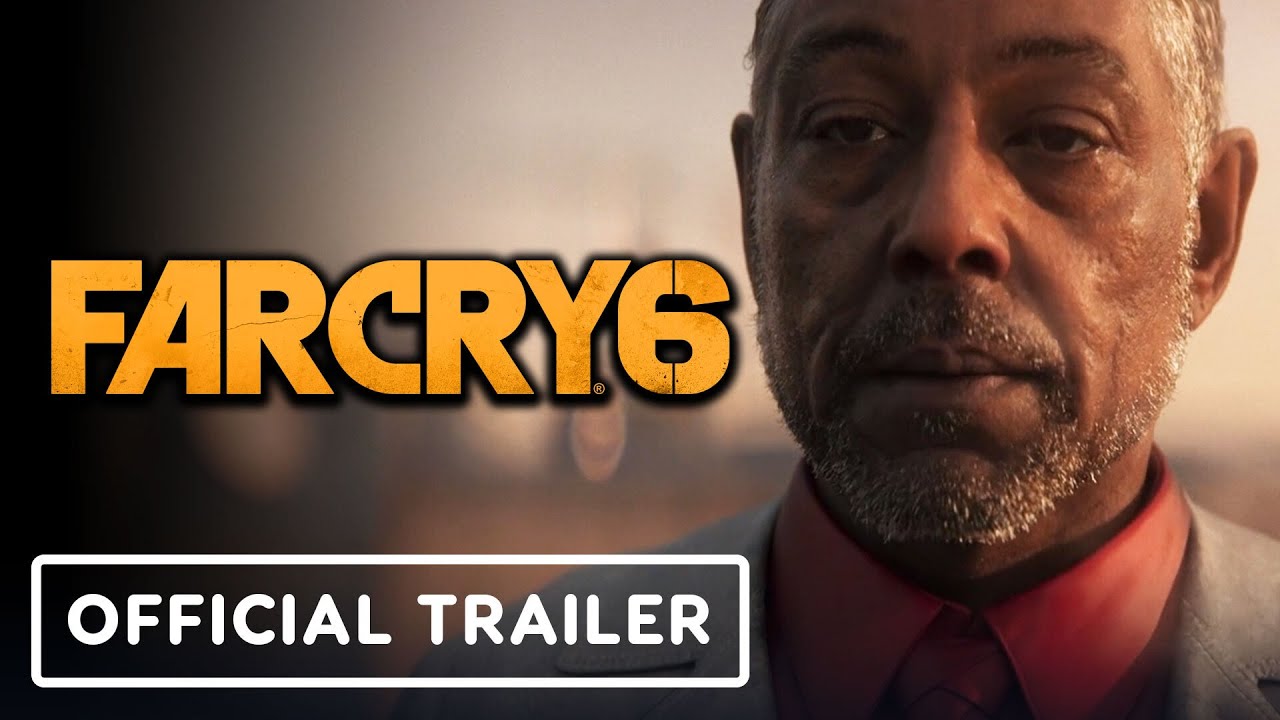 That is a badass reveal trailer. 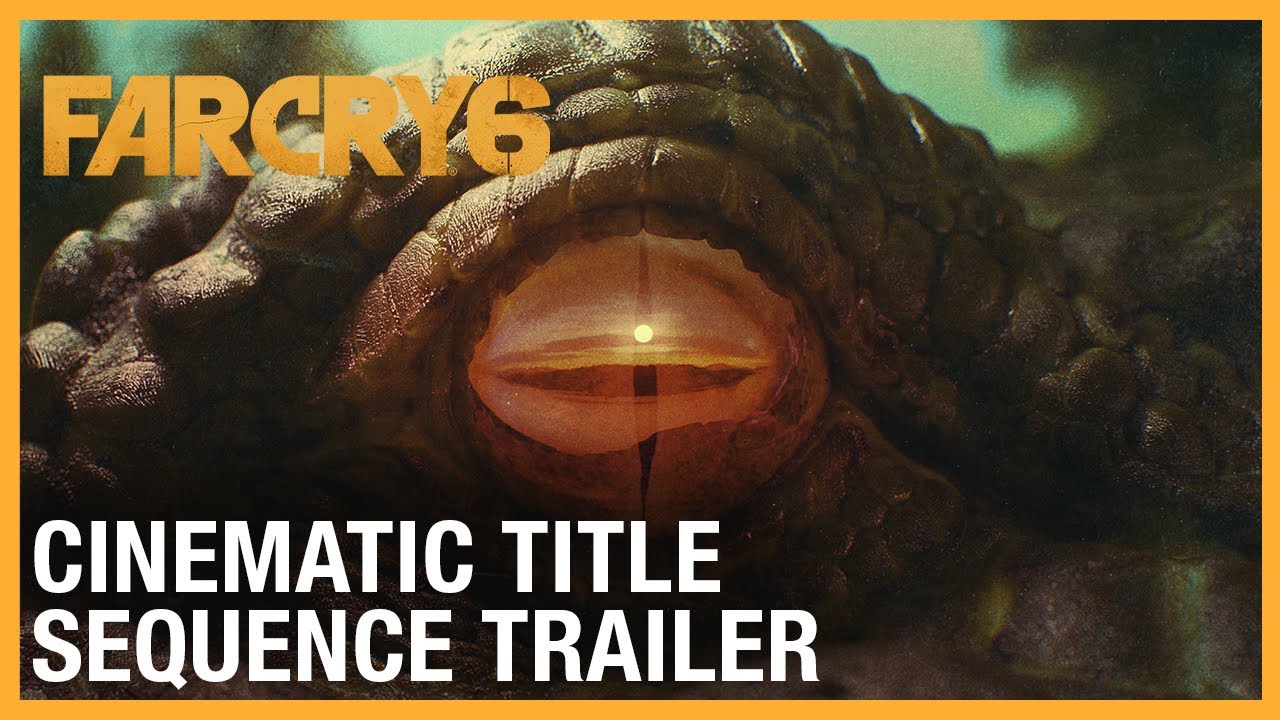 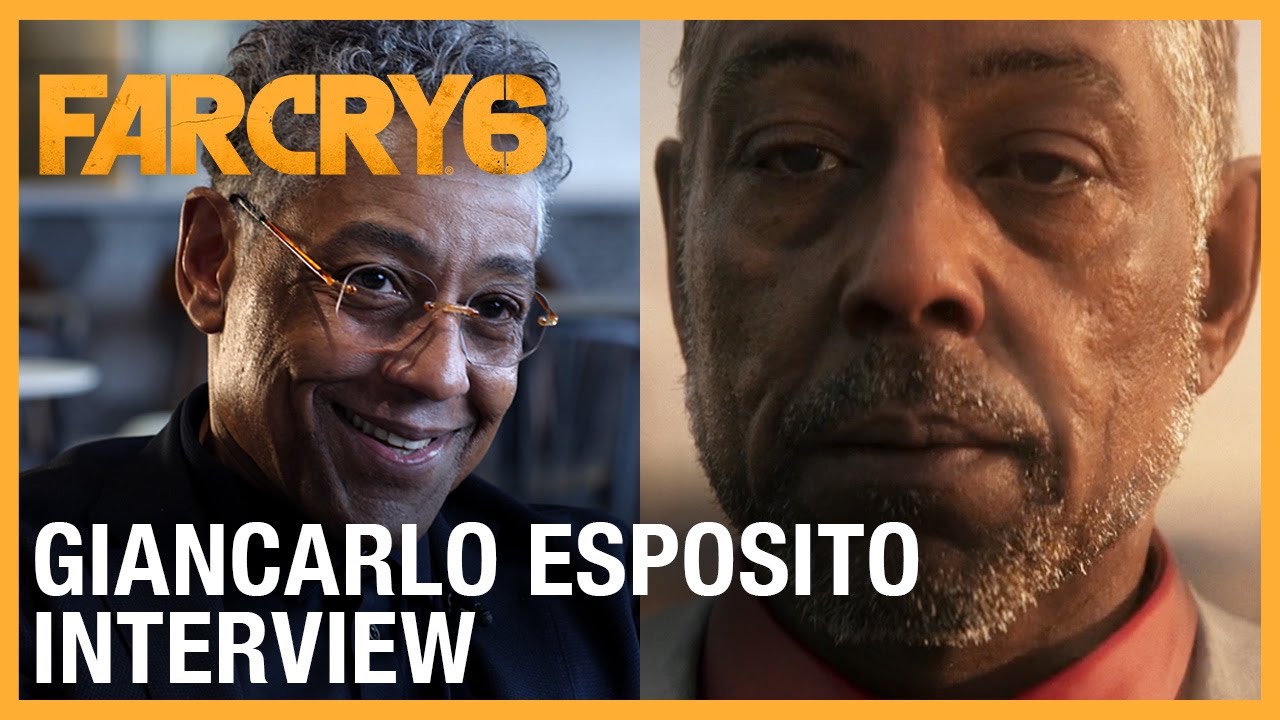