Probably lack of vision and consequences.

Bayern are a fucking meat grinder. Promising young players who don’t quite make it are shipped out. They have a pretty ruthless streak when it comes to recruiting, they have competent people at board level and ex-players in spots where they can leverage that celebrity for good effect.

Contrast that to Arsenal. Basically zero consequences for bad behavior and bad play. Scattershot approach to both recruitment and retention. Players in semi retirement on lots of money. Zero medium to long term vision. Play poorly? Who cares, you’ll probably get picked again. Act like a dumbass? Who cares you’ll probably get picked again. Not getting picked? Who cares, you’re on a lot of money, living in London and getting paid to stay in shape.

Well Emery is on record saying he wanted Monreal, Koscielny and Ramsey to stay for leadership. I laughed at him at the time…maybe he was onto something? Perhaps he had the dressing room sussed out?

Thought Emery supposed to be our Basque God, but end up as a Basque dog.
Well, he did not make it here, but still, a good manager. He proved this before and after Arsenal’s time.

Then we downgrade ourselves further more from a Basque dog to a Basque cock by hiring Arteta.

🎙Unai Emery 🇪🇸: "Kubo 🇯🇵? We're not here to give 10 games in a row to a player who doesn't offer anything." #RealMadrid #Villarreal https://t.co/KUFxCR99yl 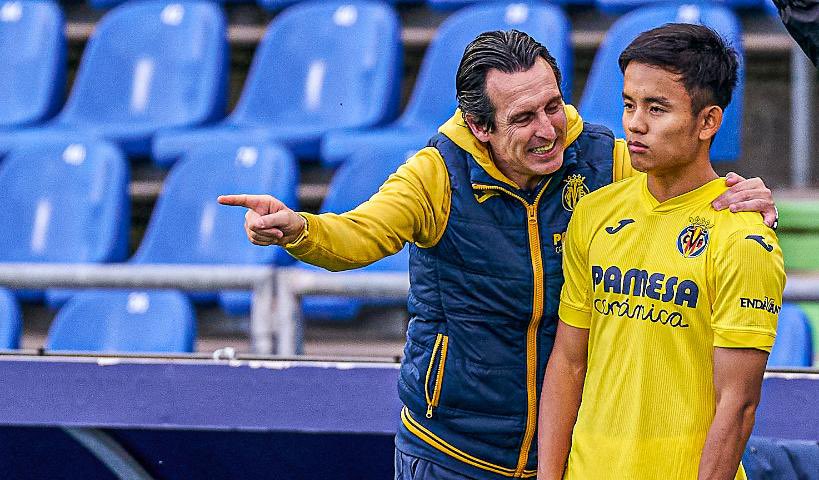 the players seemed to have given up on him

Thats the problems with these shitbags they are lead now by the most snakey scumbags from the chavs now too. It seems like these pricks will play for whoever they seem fit and if they dont like the manager no matter how decent they may be if they decide one day ‘nah i dont lke him’ they will go on strike…these players 9/10s need to get in the damn bin.

Underwhelming interview. Very diplomatic.
He just covers what he has already covered.
There is really not much for Emery left to say about Arsenal anyway.

I hear these two are good friends.

A: I got a bigger dick
B: Fuck you, mine is bigger
A: Show me what you got
B: Fuck you