so will be watching with a beer in my swimshorts

Why would you put a beer in your swim shorts?

If you dont know then I absolutely cannot tell you

Maybe to top it up? We’ve all alluded to a beer like that at some point.

Carrier Bag! Good to see them back in the EL

Against another European powerhouse you mean.

Steady on now. The green buzz lightyears still have lots to prove on the (second) biggest stage.

No I was referencing our previous hosting of Juventus, Milan and FC Flora Tallin in previous years competitions.

I think these guys are upset 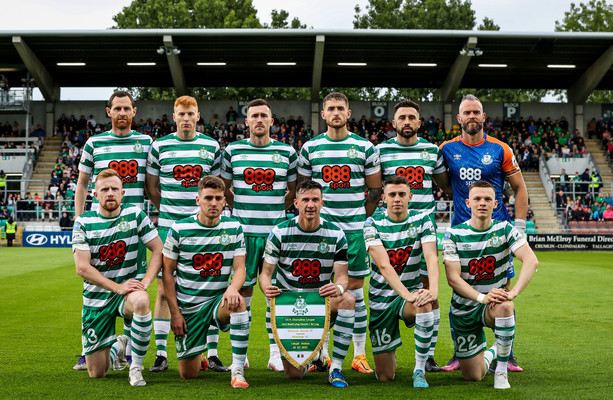 Shamrock Rovers' European opponents vow to avenge the 'evil' of being forced...

Shkupi of North Macedonia have slammed the Irish government, describing the failure to fly via Dublin as a ‘cheap game that has no place in football.’ 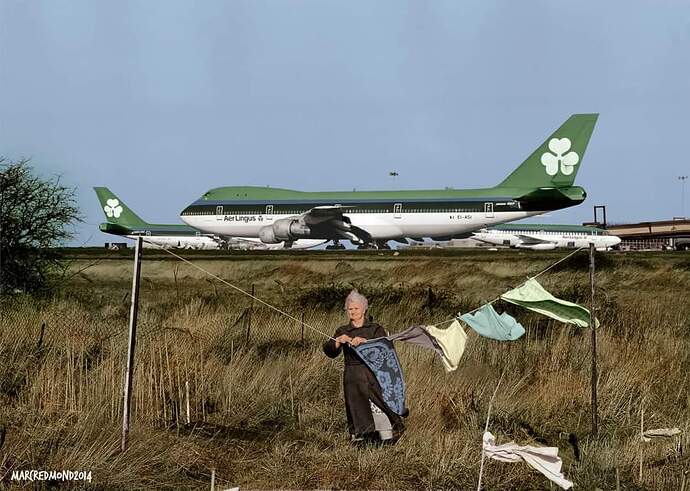 questioning whether the same would happen a higher-ranked side, citing the fact Ludogorets of Bulgaria were able to fly via Dublin for their tie

Showing favour to the big clubs when they come to town, not cool.

Part one done. Well in control for much of the game but they really battered us for a good 25 mins and got one back. That last minute goal was sweet as fuck. Despite being one down the keeper faked injury and got treatment 3 times. The 4th time he tried it right before the corner that lead to the goal the ref told him to get up. 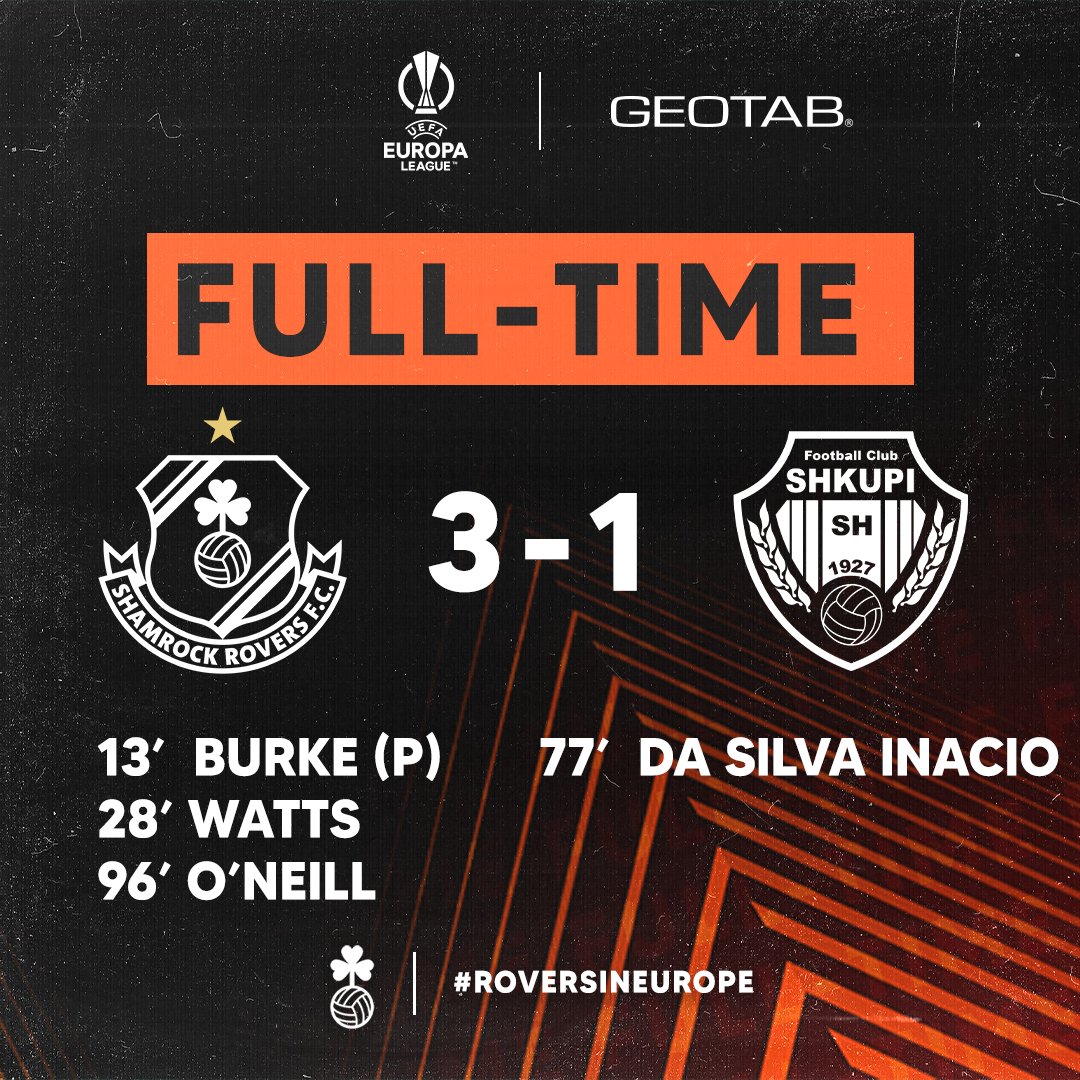 Fuck knows why but I had a dream last night we beat Marseille on penalties to win this lol. Can remember us scoring the winning penalty

The dream is dead @Craigie Qarabag win and advance in the CL. I misunderstood who was in what comp when making my initial post.

Progress to the Europa playoff secured. Will be in the Conference League groups worst case scenario. 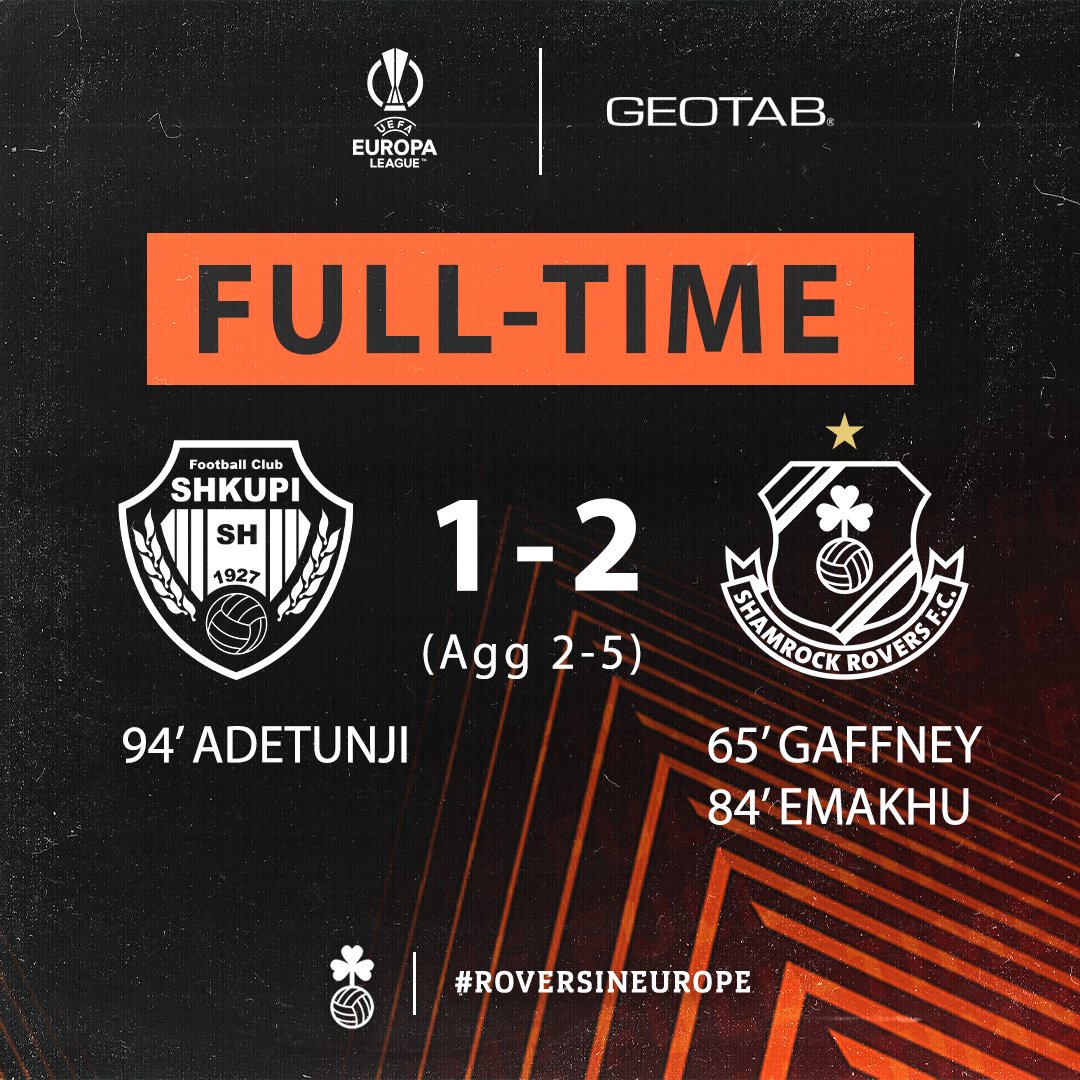 Can only imagine where the opponents are being landed now.