Couldn’t find a thread dedicated to footwear, and seeing that this is a sports thread and the majority of people here are into working out, plus we have a bunch of Jersey collectors (@Joshua) it’s criminal we don’t have one for trainers.

Personally I love footwear and would consider my self a bit of an aficionado, built up a massive collection of trainers and shoes over the years. I bought two Air Jordan’s for the summer and as a treat for my self after fasting for the full 30 days.

First pair are a limited edition Retro 11’s, released this year to celebrate the 25th anniversary of the originals, proper summer trainers won’t wear them until I’ve added some sole protection and sprayed and waxed them. 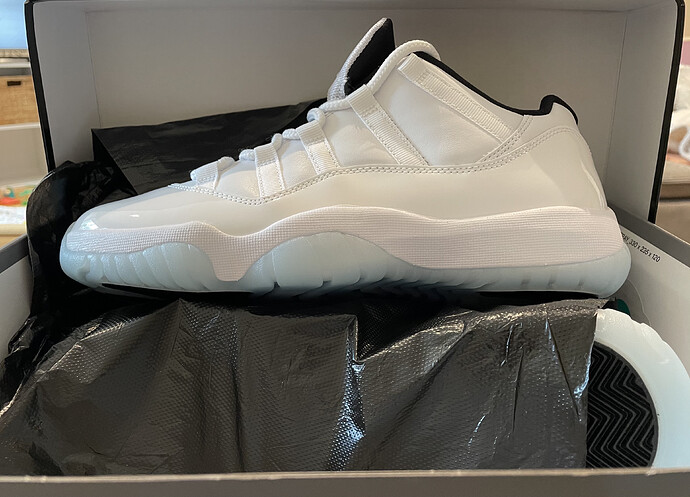 Second aren’t as expensive as the first, but their also a take on the Retro 11’s, although they been getting a lot of hate from the trainer snobs as they aren’t proper 11’s but whatever I think their drippy AF and they really really comfortable. 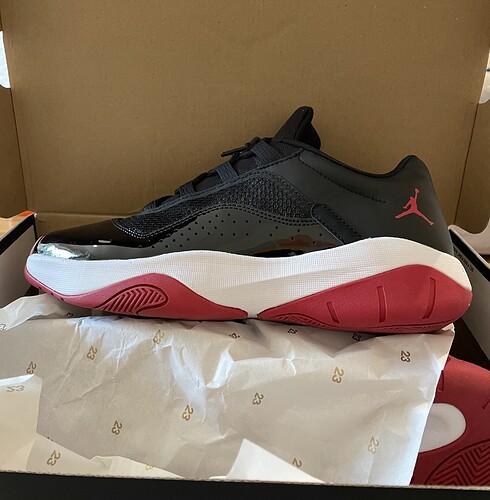 Anyone else getting any new kicks for the summer?

I desperately want the adidas Wales Bonner purple sneakers. They’re so cool but idk that purple is super practical and $150 is a lot of cash for shoes that don’t match with a ton of stuff.

Just googled them I see what you mean, they do look good. Incidentally the search brought up this top as well.

It’s funny because I always wonder what it must be like to support a team with a colour like that.

Thoughts on my latest purchase? 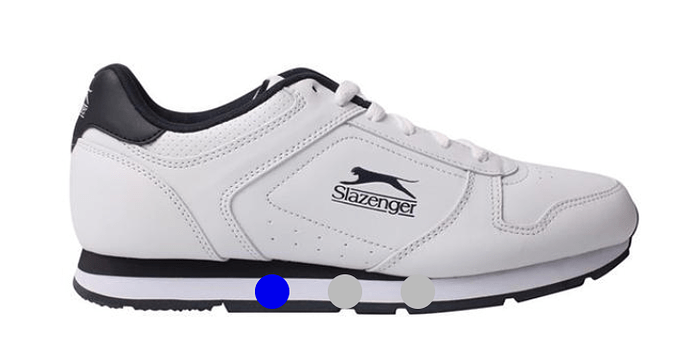 Funny this thread pops up and then I see this on Facebook. Doods got his collection stored in a vault

Very retro, haven’t seen Slazenger around in a while. Digging it!

Thoughts on my latest purchase?

I would say it’s a shoe. White in this case. The brand is possibly named Slazenger, if my guess is correct.

Seriously though, very nice! I was about to get a a pair myself but ended up with all black Adidas/Goodyear instead. Wouldn’t mind both though

Love it, like @cristo said it’s very retro has a Reebok classics kind of vibe about it. Really takes me back to the 90s.

haven’t seen Slazenger around in a while.

Sports Direct have tons of them usually if you’re interested.

I just bought these bad boys and they’re a dream to wear. So comfy. Was going to get the 424 AFC Ultraboost but didn’t want to give this cunt club more money so I went for the special edition Tokyo ultra boosts instead.

I used to think it was sports directs own brand haha

Bruh those a straight

I knew this thread would be a bad idea going to end up buying even more kicks I don’t need. You using them for running?

Well, that is why I bought them, but at this point I think they’re too cool to beat them up running

The Ravens wear purple, black and gold but it’s easier to coordinate that with jeans. Something about purple shoes (at least for me) means I’d have to stick to grey, black, brown, white or yellow tops. Can’t wear green or red, too clashy.

I really want a pair of Jordans, either 1s or 3s (or certain pairs of 4s) but I can’t for the life of me win a fucking raffle! Entered a few raffles for limited edition Dunks as well without ever having any luck.

Like, it’s actually madness. I’m willing to spend anywhere between 100 and 160 on a pair of fucking trainers and Nike for some reason don’t want to make it nice and easy for me.

Refuse to buy a pair off StockX or some other wanker asking 250 plus.

Last pair of trainers I bought were some high top limited edition Blazers. Only pair I’ve bought in lockdown, which is a madness for me as I tend to buy a pair every couple months lol

Also, when I opened this thread I did not think we’d be giving ratings to fucking Slazengers

Anyone fan of tan sneakers which can also go on formals 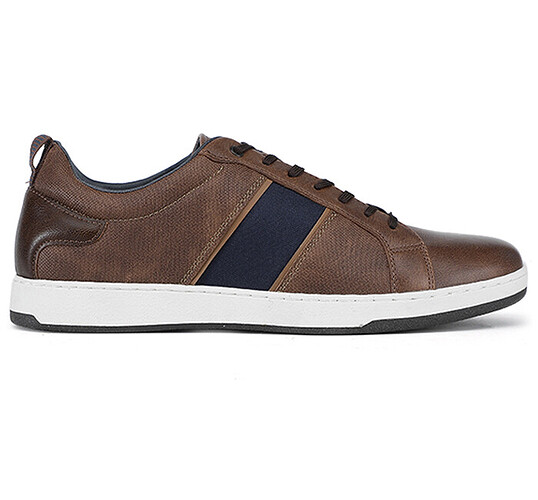 I think Blazers have to be some of the best designed trainers ever. Absolutely timeless design.

Yeah man, I know they’re not really considered cool in the same way Jordans etc are, but I just love Blazers. Got two low top pairs, two hi top pairs and also a chukka pair that are tan suede and look like a Nike x Timberland collab lol.

I see a few pairs of 1s go on general release at places like Footlocker, but theyre basically shit ones, either all black leather or all white leather. Anything that really stands out seems to be raffle only, and I’m starting to think it’s near impossible to win one of those without a fucking bot

Only problem is I can’t find any in my size