I know its probably a moot point as I can’t see Stan selling up regardless of what Usmanov offers, but who would people like to see have majority ownership at the club out of these two ?

Personally I’d love it to be Usmanov as I think he’d give Wenger a massive budget give him a season to see what he could do, in the event he underachived ( likely outcome) he’d be shown the door and replaced with someone high profile.

As things stand we know what to expect with Stan, probably a downward spiral to continue to eventaully we are midtable after some other clubs that are currently below us are taken over by some ambitious big wigs.

Add a poll if you want mods.

If theres a chance of a sale id hope others would throw their hats into ring. But out of those 2 the Uzbeki.

Shock news: Kroenke camp said to be wavering over Usmanov bid. Hearing his son, Josh, and two #AFC board members are pressuring him to sell.

Yesterday's concerted chanting against Kroenke has begun to change minds.

Well, both. They should learn how to work together.

Matt Scott doesn’t know anything about what’s going at Arsenal. so embarrassing seeing his crap posted on here

What I’d like to see is how another manager performs under Kroenke. I think people will finally wake up and realise how much Wenger is culpable for the team’s performance.

Although I think if Wenger signs another contract that is a very legitimate criticism of his ownership then again there’s no evidence that Usmanov wouldn’t back Wenger again after his regular and public support of him. I simply don’t believe that his support of Wenger is some indirect message with a hidden meaning to put pressure of the board.

only one of them blocking that idea

Usmanov isn’t better (probably worse) than Stan. Both of them are miles away to be good (not about

Ive always been against Usmanov but now im wavering

First question is do you want Arsenal to spend more than they make (i.e. operate at deficit) within the confines of FFP (hahahaha)?

Then you have to ask if you care about moral/ethical milieu of ownership.

And most importantly, do you want a leadership/ownership group that is involved directly in football matters?

And critically, will they hold the management structure accountable without being totally reactive (ie., manager merry-go-round).

I really think Kroenke vs. Usmanov isn’t going to change as much as people think - the club operates the way the club operates and I think we are fooling ourselves if we somehow think Usmanov is going to open up his own wallet and operate the company as a financial losing operation.

The biggest thing for me is that we don’t have a massively meddling manager (e.g, early Abramovic) but someone who WILL hold our manager accountable and is willing to make changes when they are needed - right now this is the biggest concern I have about Kroenke - he seems to be erring on the side of caution and stability rather than saying “f*ck this, we are moving forward, risky or not - we need to plan for the next decade plus and the game has changed…”

And to this point, don’t see Usmanov fixing this either, as long as AW is around. To me, this ALL starts with AW leaving. The balance of power can then be addressed and proper structure and support and accountability can be restored. We have let that completely get f*d up, following more/less the ManU model, but we didn’t have Fergie or his money. 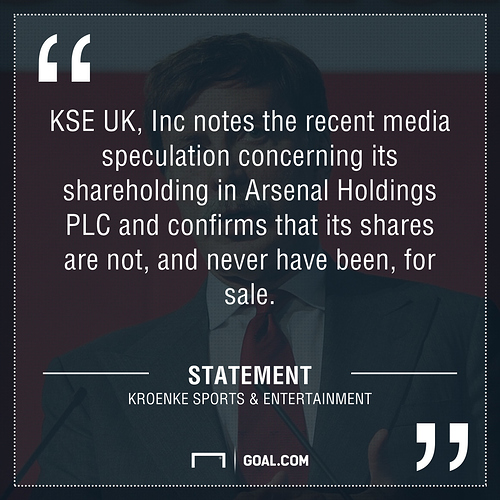 They are long-term owners - that is his history and that has what he has said all along. If someone wants to take it off of them, wait until he dies and his kids get greedy and some oil sheik (assuming they still exist in 15 years) swoops in.

Really don’t understand what people are complaining about with this guy other than his failure to remove a legendary manager.

They are long-term owners - that is his history and that has what he has said all along. If someone wants to take it off of them, wait until he dies and his kids get greedy and some oil sheik (assuming they still exist in 15 years) swoops in.

Really don’t understand what people are complaining about with this guy other than his failure to remove a legendary manager.

Unless you really, really, really derive lots of enjoyment from owning a football club (which clearly is not the case with the Kroenkes), its just another asset, no different than an aluminum mine or clothing company. If somebody offers enough money, Kroenke will sell. He probably values the club pretty highly given its growth potential and because it gives a more global presence to KSE. But if Usmanov makes a bid that exceeds that valuation, Kroenke isn’t going to say to himself, “Selling would clearly be the smart and most profitable move but I’m just going to hold onto the club anyway even though I don’t give a fuck about this soccer thing.”

Maybe, but he owns (and has had for a long time) several sports franchises and I highly doubt he is attending many games in any of those or deriving much direct enjoyment - it is more about the idea. I honestly think it will be part of his family legacy.

Plus, the notion that this is financial just isn’t really very valid - I have shown the math in other places before several times (12-15% annual return generously). Using the valuation he paid under and latest estimates, his ROI is pretty meh from an APR for that sort of investor, especially given that he really isn’t taking any money out along the way.

Having said all that, if Usmanov comes in with a bid that is massively over current valuation (which I highly doubt), then of course he will have something to consider. 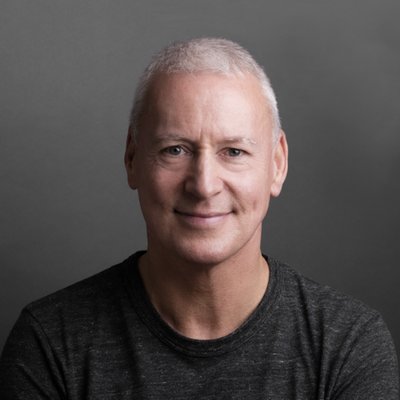 Source tells me Alisher Usmanov to meet with his advisors on Wednesday to discuss on-going Arsenal power struggle.
InvincibleDB10 23 May 2017 18:01 #20