And we shit on the champions 7 to 3 aggregate score that year.

May I see our trophy for that monumental achievement please?

I don’t know how bad it was to be 2nd in a competition…
Yes, we slipped, we choked… we did not spend enough… better teams and teams that spent more than us came behind us so there is no context by just pointing out the final standing alone.

If we should get mad on getting 2nd, I don’t see how people getting crazy or wild after we get consecutive 8th.
It is not just about the standing (like I said, there is no context), the way we play football, is so far behind the good teams. So so far behind, in terms of entertaining and getting results.

Seeing how far we have fallen makes me appreciate Wenger more.
Too bad he retired a bit too late.

Some people cannot be reasoned with

No they can’t. So all you can do is mock their idiotic illogical opinions and wait about 5 years until they start parroting your own talking points like I did with all of you guys

He’s a legend in my eyes. Best player we’ve seen at this club since Cesc left.

Cheers to the little magician.

On his day very good. Not really highly consistent enough to take us far enough forward at the top.

On his day very good. Not really highly consistent enough to take us far enough forward at the top.

He was in a team full of average players like Giroud that brought the overall level down.

Santi was absolutely not the problem in that iteration of the team. Look at his midfield partners!

Did I say he was. I pointed out that he was a good player but questioned his consistency of top performances.
Lovely footballer on his day but not elite performer.

Capable with both feet. Very rare in football. Was it Ozil that said Santi one of the best he’s played with?

Capable with both feet. Very rare in football. Was it Ozil that said Santi one of the best he’s played with?

I just remember when we signed him, Cesc gave a glowing statement about the move. That’s a guy who knows midfield play even if he’s a treacherous cheesesdick.

Santi is easily in my top 5 Arsenal players of all time.

I just loved the guy

Let’s hire him as manager. He’s such a good dood and servant of the club, I’d be able to look the other way even if we were shit.

Santi is easily in my top 5 Arsenal players of all time.

Out of interest, which other 4 make up your all time top five? 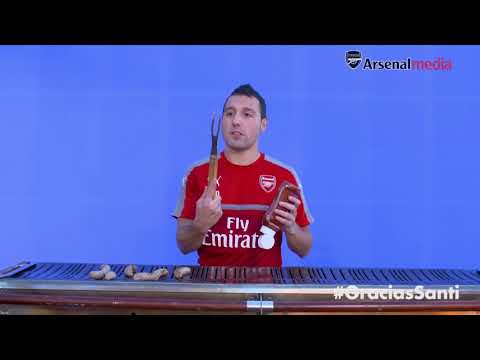 Never liked Jonathan Pearce as a commentator and one thing that strikes me in this clip is how adamant he is in setting the narrative the penalty was soft. Just another in a long line of media cunts that hate the club

how adamant he is in setting the narrative the penalty was soft.

His conviction was gradually dropping with each replay

Can we figure out who is laughing at 0:03 there (sounds like a chicken being speared in the pancreas with a tuning fork), It’s so familiar but I can’t put a face on it. Is it Chestnut? It isn’t is it.

Ome of my favourite players of all time