@afcstuff
Sources have also told Goal that Arsenal are keeping an eye on Everton forward Richarlison’s situation & have sounded out his representatives in recent weeks. [@charles_watts]#afc https://t.co/zYBLLPNl3M 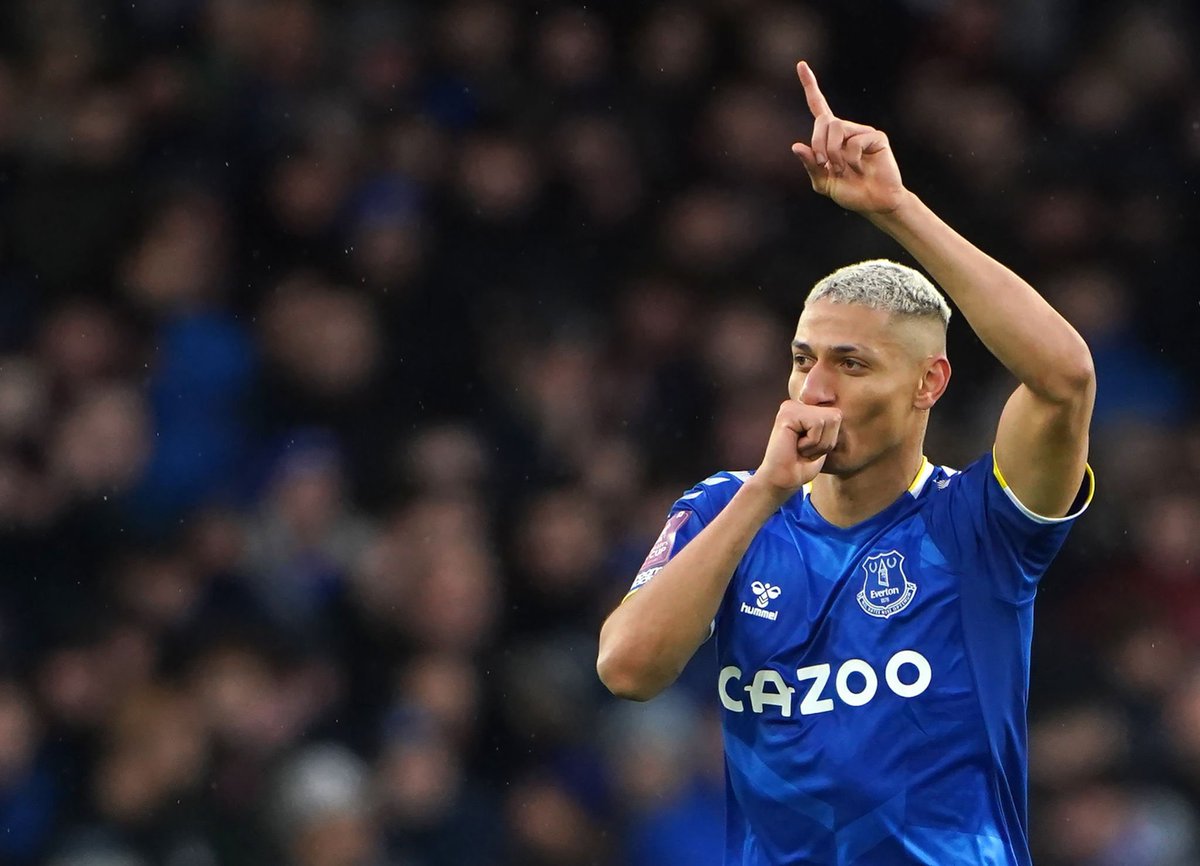 Would be a great signing despite his obvious attitudinal issues lol

They can both play across the front three right?

Maybe if this was Barcelona giving him away on loan we might bite as we’re in a pickle now, but paying a significant fee for someone who seems like they might be trouble just doesn’t feel very Arteta’s Arsenal.

What is it with all those Brazilians?!

No, we have a younger and somehow more mature Richarlison at home.

We are already on a record high for red cards under Arteta I think. Richardlison would fit right in.

Would rather him than DCL. Neither are great options.

Would rather him than DCL.

Really? Why is that?

I think Richarlison is a great option. Versatile, hard working, good technical ability and a nuisance to defenders

I think Richarlison is a great option. Versatile, hard working, good technical ability and a nuisance to defenders

Yup. I think we could use his nasty fuck off attitude as well. He has been pretty immense in this relegation fight for Everton.

His goals/assists production hasn’t been that impressive these last few years overall but Everton are not a team that creates a lot of chances or spends a lot of time camped out in the attacking third. It would be interesting to see what he could do in a better team.

I’d still obviously prefer someone like Gnabry. But if that’s not possible then Richarlison would be a pretty good alternative, certainly a safer bet than a player like Gakpo, who I like a lot but would be a big gamble as a younger player coming from the Eredivisie.

From the athletic article linked here this morning

There has been a suggestion Arsenal want to recruit homegrown players. While that was true last summer, the homegrown quota is now in a healthy position, and Arsenal are under no pressure to buy British. Their experiences of the 2021 window, particularly the smooth adaptations of Ben White, Aaron Ramsdale and Martin Odegaard, has convinced them there is value in recruiting players with Premier League experience — it’s what makes players such as Jesus, Calvert-Lewin and Abraham so intriguing.

Think we will go for the best of the non top 6 now.

Something I hated that Wenger never done

Dont want him near my club. Hate his attitude and despise his antics. Not a player I could get behind and try too defend his shithouse tactics.

Generally agree. But if he comes and performs I’ll get over it.

If our response to Xhaka’s antics is anything to go by, I don’t think Richarlison would end up being a fan favorite here.

He is a coniving cunt and not daft at all.