Title is self explanatory… just a random topic to talk about what is in my opinion the greatest decade in the history of the sport. That opinion is based on nothing more than personal preference.

A great game. Man the quality of R9 and Baggio. 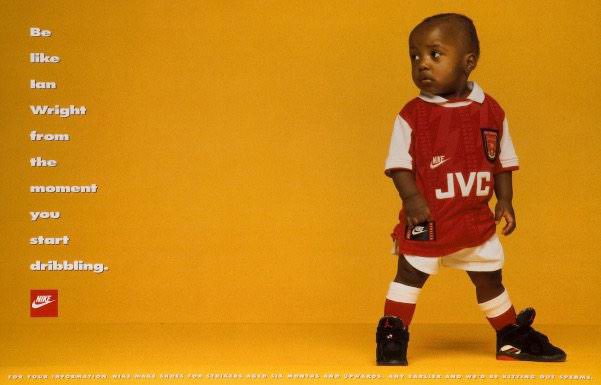 Still baffles me as to how ManUre won the CL in 99 when you look at the quality of Barcelona, Inter, Real, Juventus and Bayern.

We, on the other hand, were losing at “home” against the likes of Lens

Absolute exhibition by Ronaldo that. They did a compilation of all his touches in that game just a few weeks ago on spanish tv and it was sensational.

He’s really one of the most important players in the history of the sport. He blew up our ideas of what a dominant player looked like and produced and was really the first dominant 9, forced us to really expand our idea of what a 9 could actually be. Definitely one of those players that marks a before and after in the sport.

I never miss an opportunity to evangelise about this podcast

Quickly Kevin, will he score? The 90s Football Show

A series in which 90’s football aficionado Josh Widdicombe is joined by friends, and fellow 90s experts, co-host Chris Scull and ‘Director of Podcast’ Michael Marden, as the trio embark on a tour of niche football topics of the period 1st January...

They’ve got interviews with Lee Dixon and Paul Merson if you want a specifically Arsenal listening experience (plus Alex Brooker doing his worst Arsenal XI of the nineties), but there are plenty of others with great nineties figures like Le Tiss, Gary Neville, Graeme Le Saux (a particularly good one). They also have Clive Tyldesley and Jim Rosenthal for some great insights into commentating, particularly at world cups and European championships. @SRCJJ you’ll love the episode with James Richardson talking about Football Italia and his life working on Serie A in the nineties. The one with Dermot Gallagher is really good value too.

Then there are the episodes centred on them reviewing Steve Bruce’s series of crime novels set in the footballing world. Yes, that’s right, Steve Bruce has written a trilogy of novels, and they are every bit as hilariously bad as you’d expect then to be.

Honestly, just a fucking excellent podcast. Check it out.

The way Baggio went so smoothly past that keeper gave me shivers… A true sign of a master.
And yeah, Ronaldo was absolutely insane there. I guess he was out before their game against United in 1/4 finals if I’m correct… That was another great duel.
Imagine he was fit there, that would be a whole different story.

Great insight here… About the way how Sven created that titile winning team at the end of the centuty/start of the new one.
Especially the part how he sold their biggest player at that time because of his attitute. The fans went crazy, a very very brave move from him. It paid off in the end. 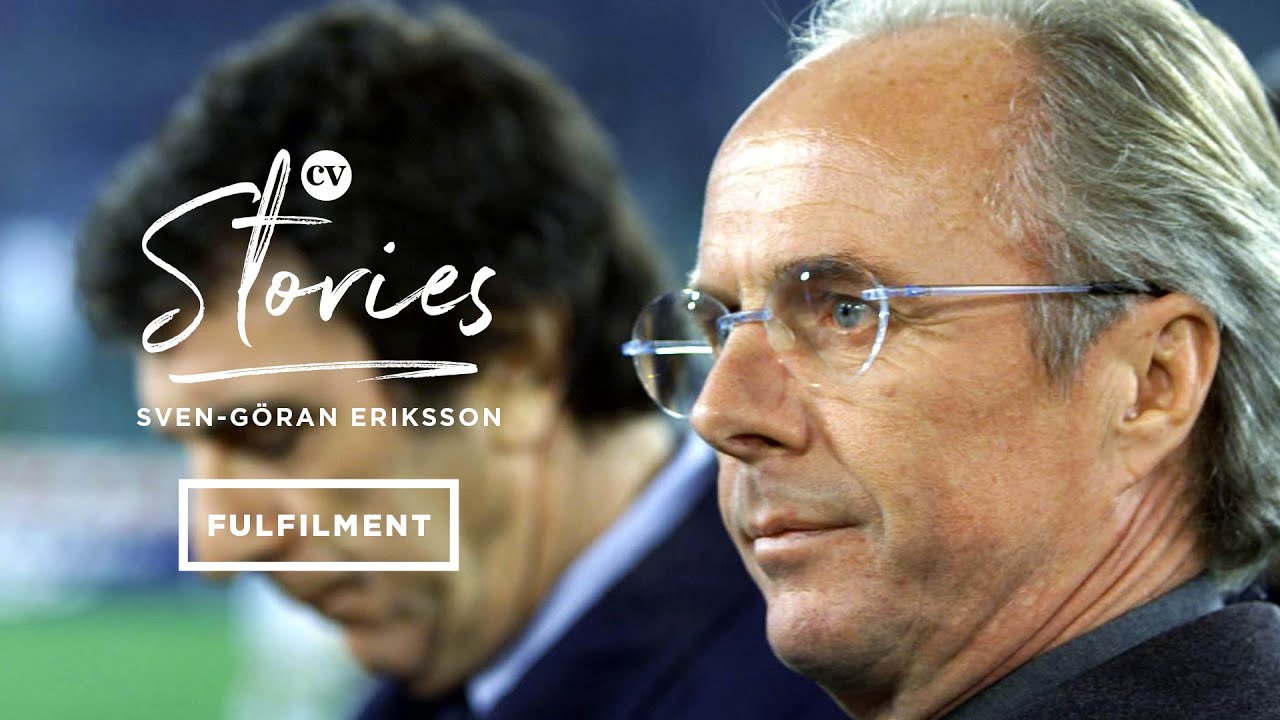 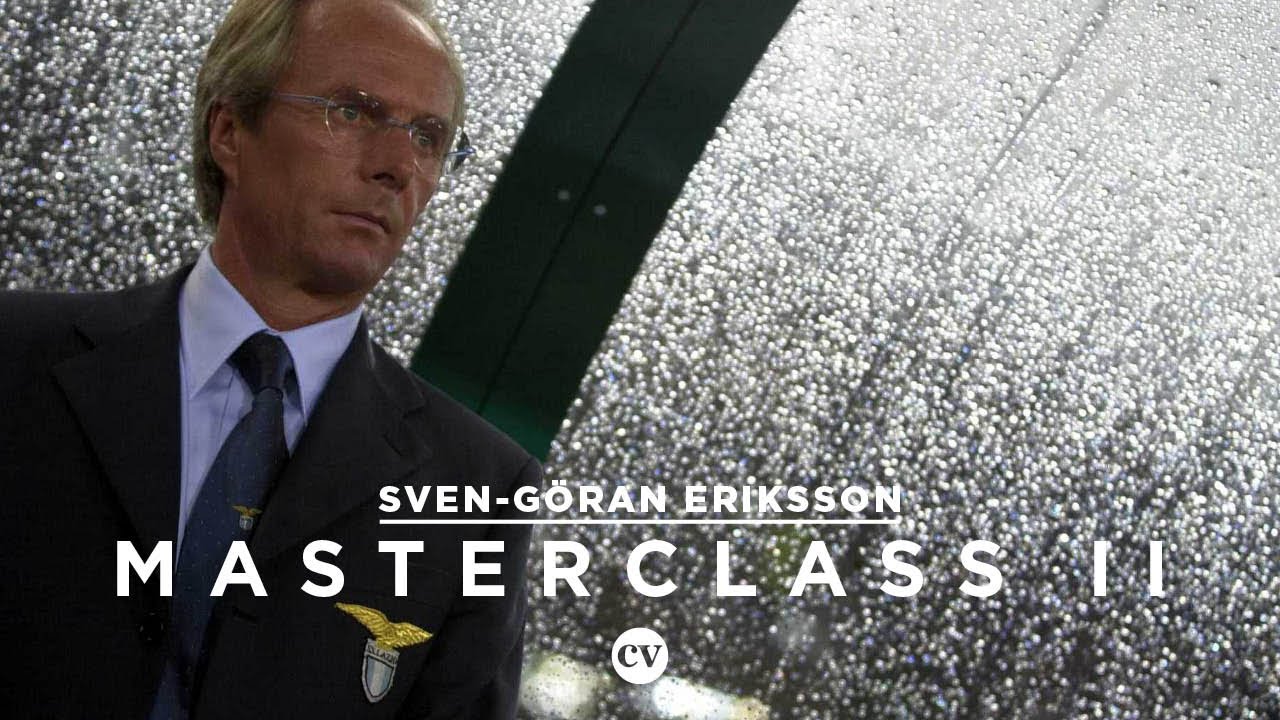 Some team that was. Veron, Nedved, Mancini… Plenty of creativity. Simeone and Almeida with the much needed steel. Nesta as the leader at the back, Sven says he was their best player, says a lot. Didn’t know Mihajlovic started to play as a cetre back so late, quite a transformation.
They also had great options on the bench like Bokšić, Stanković, Ravanelli, Conceiçao…

Didn’t know where else to put this, so this is as good a place as any

Who had the best home kit at France 98? Poster available here - ow.ly/QTln50A1Cp9 https://t.co/SbmpcoxvxD 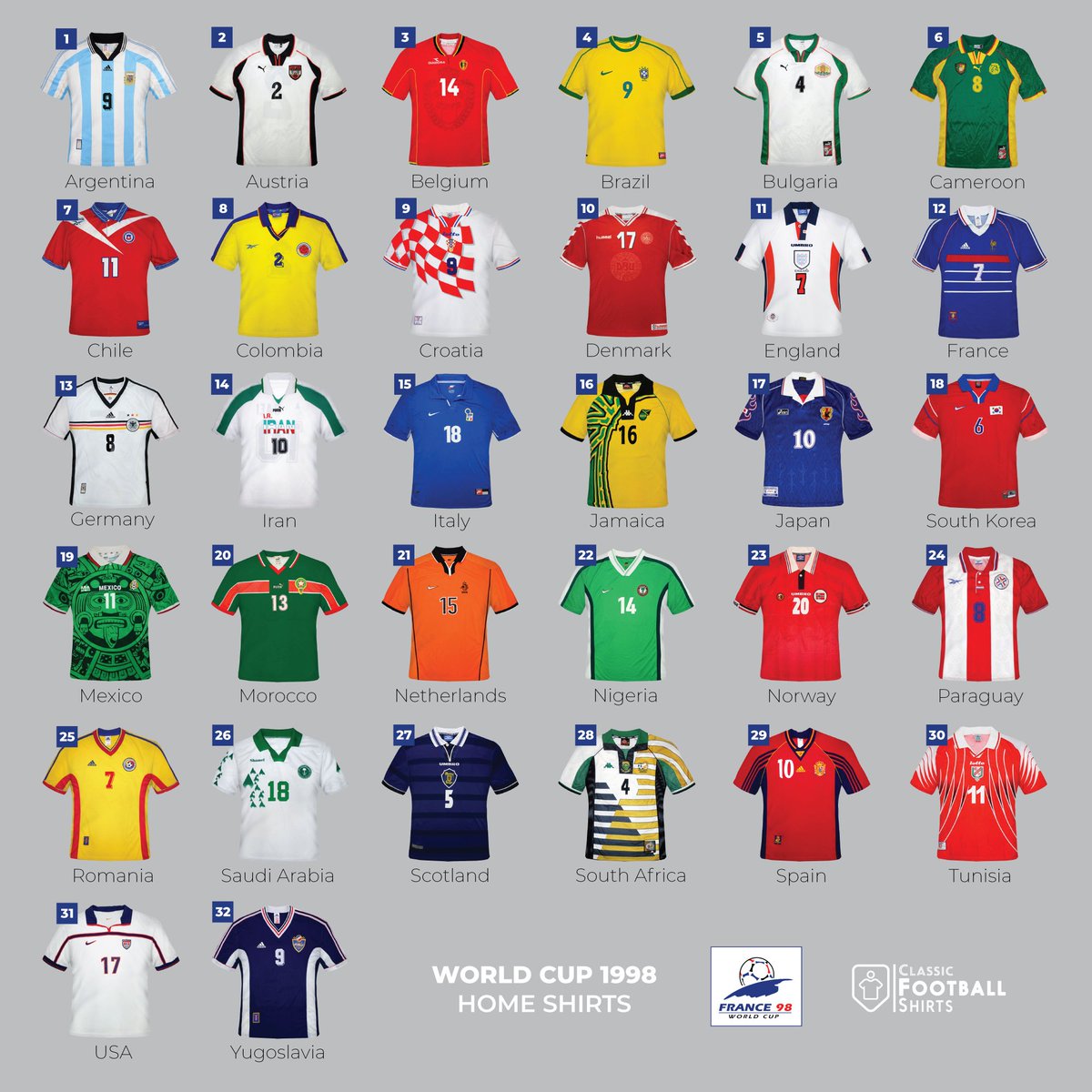 That Mexico shirt is something else…

Number 20 - Morocco. I have that kit, it’s the best Morocco kit ever made.

The England kit has grown on me over the years too and the France one was iconic.

That Mexico kit is abdolutely iconic.

But leaving aside that one: Brazil, Italy and Holland obvs

What about number 20 mate?

Because I want you to like me, yeah, deffo one of the best there. Really stood out to me.

Side note - I’m gonna give your podcast a listen to later. I’ve got a long drive to do so I’m gonna start on the James Richardson episode. Will give you my thoughts when I’m done

That’s a fucking amazing batch of shirts looking back on it, the Brazil, Holland (bought that kit as a kid), Mexico, Croatia, Italy, Germany, France, Nigeria shirts were perfection, and the rest are pretty damn good too. Our kit was quality too, and have to say the USA’s is class.

Most kits from that year/cup are the most iconic kits of those countries ever for me.

The Brazil kit is absolutely my favourite. When I see that shirt I think: “football”. Ronaldo, his blue-ish boots, young-ish R. Carlos, Rivaldo… Then of course, the Croatia one (I’m probably a bit subjective there), also the best Holland kit ever… France the same. Those were the most memorable one’s for me.

I can’t get this on my preferred podcasting app so although I’m sure it means I’m missing out I still haven’t listened to it.

Guess the biggest positive you can say here is as great as Messi and CR7 are theres no way theyd automatically be landing the player of the year award each season.

I reckon they would have done in the majority of years, assuming their scoring in the current day translated to the nineties. They’re both a class above nearly all nineties footballers imo.

No I disagree tbh. First off they would be playing in an era with a bigger talent pool of players having a bigger say on teams successes.
We are now down to a handful of top teams in European football. There was more competitive european competition back then and less likely to dominate. The amount of finals both players have played in here would be very unlikely. These two players really only have each other to compete against for a decade and a big part of that is based on CL showing.
Thats always been apart of it but as both players have been in average national sides that would work against them against players like Ronaldo, Matthaus, Romario, Baggio, Klinsman in certain seasons having top international tournaments.
Theres certainly far more contenders with the likes of Laudrup, Stoichkov, Van Basten and Guillit all around in that era.