It’s perfectly plausible that he was partying and enjoying female company but I’m not buying that a tinpot nation like Gabon (in football terms) would send home the only quality attacking player that they’ve got because of it.

Just doesn’t really add up to me.

but I’m not buying that a tinpot nation like Gabon (in football terms) would send home the only quality attacking player that they’ve got because of it.

Did you miss RoI sending Roy Keane home in 2002?

Disobedience can make the very best players get sent home.

It could all be true though but still not enough to exile him. That might have been a medical decision. I’d say we should all withhold judgment the facts come out but if it’s medical related he’s entitled to his privacy. 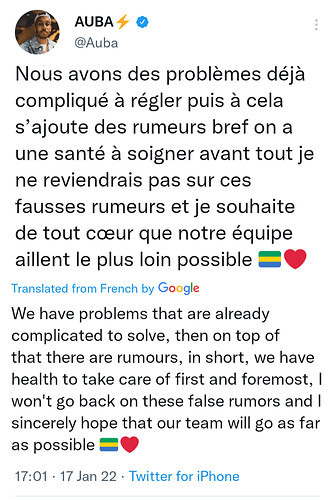 Auba coming to shut the shitty rumours down.

Given what has happened to some players, and with the small risk of myocarditis from vaccination, you would think clubs would be on high alert when it comes to scanning the hearts of their players.

This isn’t a cover up at all. There are a few athletes developing conditions after contracting covid (or the vaccine). It would be incredibly morally wrong to use myocarditis as a cover up for partying ffs.

I think both are true. Covid can cause heart problems and is riskier than the vaccines that way from what I read.

I suspect he’s caught it easily because he does party around a lot. Someone I know who lives in Barnet has alleged to me he’s been doing a lot of late night drinking. Why he looks jaded a lot.

I’m sad if he’s got any long term damage but think smoke points to the fire of him having switched off after signing his mega new deal.

Personally I can’t wait to see the back of him. Real shame as I used to love this guy.

Bottom line from our perspective is if it’s medical the clubs unable to sell.
If it’s ill discipline the club is going too find it hard to sell.
Either way you cut it now Auba has played his last game for Arsenal.

Reading comments from his fellow countrymen under this tweet, the majority seems to be fed up with him, he’s not doing himself any favours.

When Arteta gave him the boot there were rumors at the time that he wasn’t just late returning from a visit to dear old mom, but had actually jetted off somewhere else to party with one of his side pieces. I can’t judge the veracity of that rumor or any of the recent ones either. But there are certainly a lot of rumors about the guy and his lifestyle.

Auba’s career could be in real trouble here, I had the feeling he wouldn’t play for us again either way. But hopefully his health is sweet.

But hopefully his health is sweet.

Yea whatever we think about him (informed or by rumour) you really gotta hope for this.

@SkySportsNews
"He's a key player for Arsenal, although he's going through a tough period at the moment." Gabon head coach Patrice Neveu says they were put under pressure by Arsenal for Pierre-Emerick Aubameyang to return from #AFCON2021. 🇬🇦 https://t.co/nsFFXkjxPj
GC-Maniac 18 January 2022 09:23 #7714

Fucking hell, Romain Molina jumping on to this too. 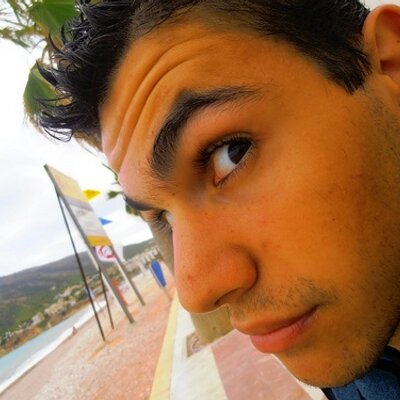 All these scandals with these French born players really makes you want to stay the fuck away from them. 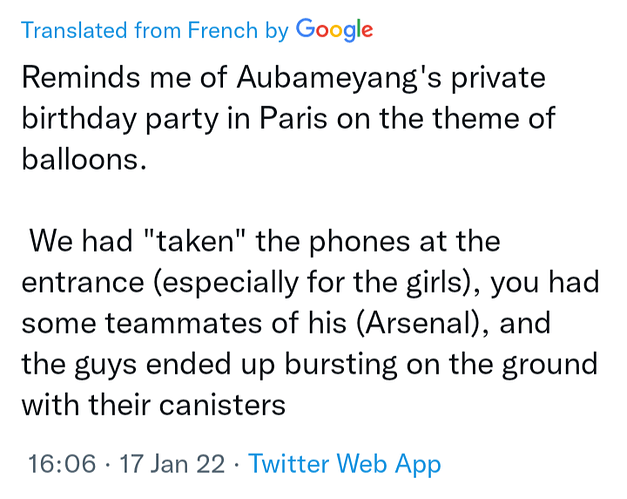 Let’s not get all xenophobic about French players.
Some of the best talent in world football is playing for teams all over.
Everyone is an individual and judge accordingly.