Was on the verge of buying two tickets for me and the mrs (she’s a Liverpool fan) but opted against it as my instinct told me that Liverpool, being the darlings of English football, would somehow find a way to get the match postponed.

They’re being absolute cunts tbh. I’d understand if it was Cl or even FA cup affair but a few weeks ago it mattered so little that a single leg tie was fine by Klopp. What’s the fucking point in even having depth and youth squads.

All this shit with closing the training grounds stuff is just complete horseshit. Hope it bites them in the ass but don’t see how it can. They’ve been completely catored to and they will be again should they need it

I’d love for this to happen again (it won’t, because that’s how COVID is) to them when they have a second leg fixture in the CL this season.

Let’s see them try and weasel out of that and get a postponement.

I wonder whether we might see Omari Hutchinson in this match. Giving Saka an extended rest seems wise since we’ll need him four times in 11 days beginning with the first Liverpool match.

Kid has talent but really needs to hit the gym. 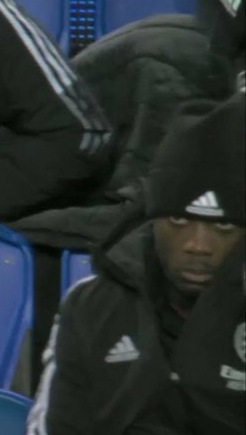 I will also be in the Brian Clough stand

There are a few Nottingham based Gooners on here lol.

Xhaka apparently unavailable. Lokonga is the only senior midfielder available for this match.

Can’t wait to see one of Chambers, White or Tomiyasu being used in midfield.

Patino really should be in the mix.

@ltarsenal
Granit Xhaka was not pictured in training this week adding to speculation that he could be absent for the FA Cup clash on Sunday. [@ChrisWheatley_, @kayakaynak97] football.london/arsenal-fc/new…

Im not sure how many changes we can make and stay favourites for this.

Is enough to see us through. Whoever takes the midfield spot next to Sambi given Granit is out.

Crazy that we’re without;

Torreira, Guendouzi, Partey, Elneny. The first two out on loan and the last two are in Cameroon.

Surely Leno gets minutes here? I would rest White too. What is the point of Chambers, Mari and Kola if you can’t use them in these matches?

Give him a shot. Can’t be worse than Xhaka.

Chambers for White and Patino for ESR or Gabi.

Would also use AMN in mid before he goes, get something out of him.

I don’t think Leno has even made our recent squads has he?

He missed a couple of them recently but he started the game against Sunderland and made the bench last 2 league games I believe.