Howard Webb and his Cabal of Cunts

As long as it stops a goal that brushed someone’s arm hair from counting then it’s all good.

During Arsenal’s game against Bournemouth they believed they should have had a penalty for a foul on Pepe. VAR ref on the day Anthony Taylor believed it was a penalty but didn’t want to overrule Martin Atkinson‘s decision.. What the f*ck’s the point in him being there then?! https://t.co/WcHrmZylec 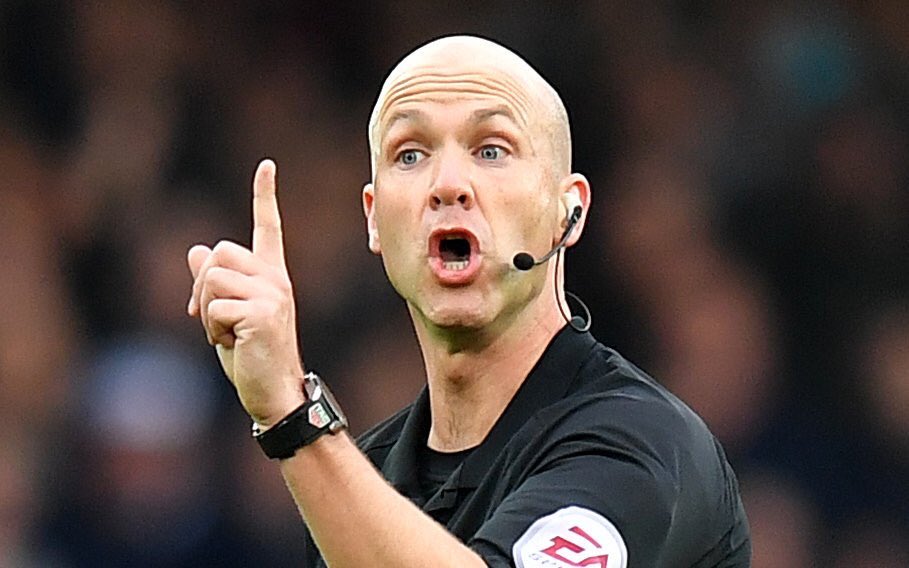 Mods, can someone change the spelling please, only just realised I spelt Riley wrong ffs.

people in the comments say they should do like they do in Rugby (With VAR I take it), for those of you who watch that sport, is it better?

Yes. Because it’s use is clearly defined.

Yeah mostly because the rules are clearer plus the sport played without a blame culture around it.

You all need to fuck off with your gadgets. Go and implement it on FIFA.
The games for luddites not geeks.

You all need to fuck off with your gadgets. Go and implement it on FIFA.
The games for luddites not geeks

Today felt like (excuse the hyperbole) the day the game died. I can’t believe just how many goals were disallowed in one afternoon.

You should post in the VAR thread. Me and @BigWeng_4LYFE would really appreciate it

Is he going on about the CL final in 06 in there? If so, it’s like those pubs I want to avoid. (“The barmaid looks at me funny…”)

Why are you pretending that any barmaid anywhere is looking at you?

I knew I ought to have gone to sleep at 10pm as per normal. I’ve just opened myself up for unrelenting punishment

My body shuts down. When you’re the wrong side of 30, these things happen.

Hang on. I am offended… as I am sure a lot of people here will be.

Dont believe you, you at least look mid 40s or somewhere close…any proof of age