First off, the Netherlands elections. It looks neck and neck with Mark Rutte, Mark Wahlberg lookalike and the Prime Minister and anti-EU Geert Wilders. Rutte took some flak for some billboard ad he did telling people if they don’t accept Dutch values they should go away. Trying to get some of that anti-immigrant vote I guess. General elections were held in the Netherlands on Wednesday 15 March 2017 to elect all 150 members of the House of Representatives. The incumbent government of Prime Minister Mark Rutte was the first to serve a full term since 2002. The previous elections in 2012 had resulted in a ruling coalition of his People's Party for Freedom and Democracy (VVD) and the Labour Party (PvdA). Because the second Rutte cabinet lacked a majority in the Senate, it relied on the support of Democrats 66 (D66), th... 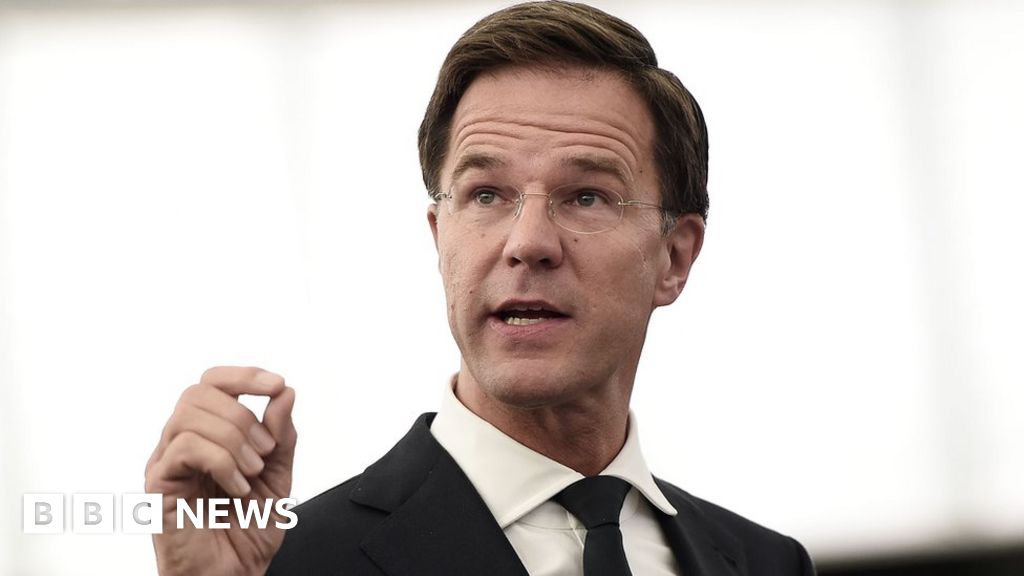 Dutch PM Rutte: 'If you don't like it here, then leave'

Weeks before the Dutch go to the polls, Mark Rutte targets people who reject the country's values.

They go to the polls next month. The prevailing wisdom seems to be that even if Wilders wins the most votes, nobody wants to work with him, so he won’t be able to form a government. Thank fuck for proportional representation.

Then, the French Elections in May. Benoit Hamon just won the primary to be the candidate of the Socialist party (Hollande’s party) 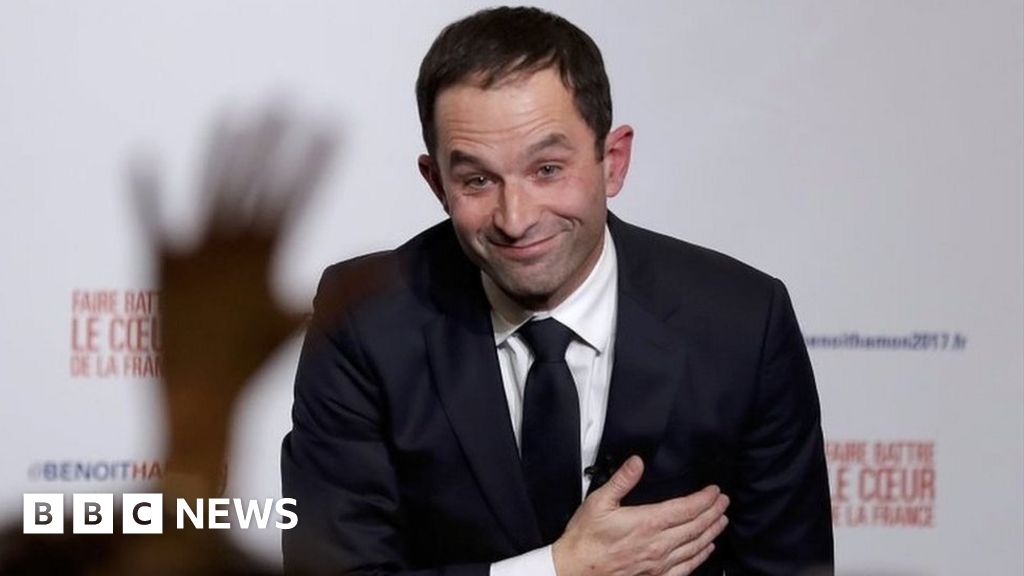 Benoit Hamon to be Socialist candidate in French election

Very unlikely he will win, but he seems like a good guy.

Latest polls have it this way: 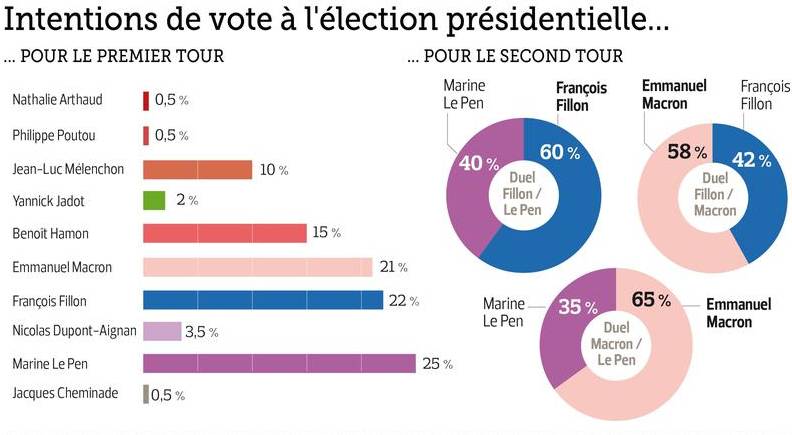 The far-right Front National candidate and anti-EU Marine Le Pen is polling the highest, with Fillon of Nicholas Sarozy’s right party in 2nd. Fillon has been described as the French Thatcher…

However, Macron (who left the Socialists and is now running as an independent) has come out of nowhere to be right in the running. Unabashedly pro EU, his charisma has energised people, for me kind of like how Nick Clegg did in 2010. Because make no mistake, this guy is no Sanders/Corbyn. He is a centrist former investment banker and pro business. I just hope he doesn’t fuck up like Clegg did, because he is the best realistic choice for me.

The thing with the French elections is that there are 2 rounds. The top 2 candidates of the first round go through to a head to head second round. This is why Le Pen still has her work cut out for her. Even if she wins the first round with her passionate loyal base. Everyone else will probably vote for the other guy, whoever it may be. That is what the head to head matchups in the poll are for, the 2nd round.

However, Fillon is now embroiled in a scandal: 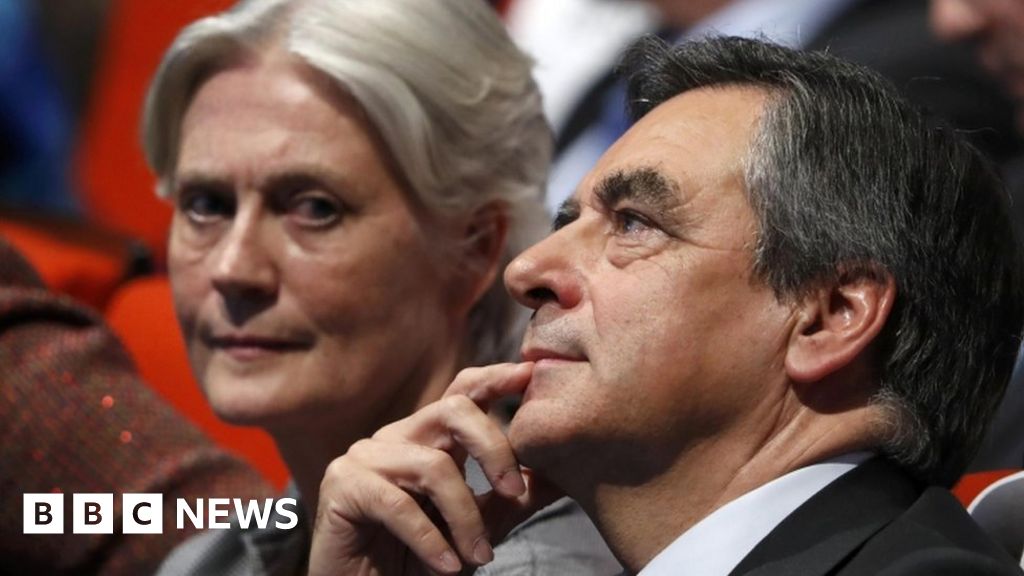 So this may help Le Pen, and hopefully Macron. If Macron makes it to round 2, he will beat Le Pen for sure. Fillon, i’m not so sure about.

And finally, the German elections in September. Angela Merkel of the CDU is the big favourite. But news just in is that Martin Shulz (president of the European Parliament) will be the candidate for the SPD. He personally, has high favourables, though so it will be interesting. Bth these guys are obviously pro-EU, the anti-EU far right force here is the AfD. They are rising in the polls but they are not quite a threat as in France and Netherlands. 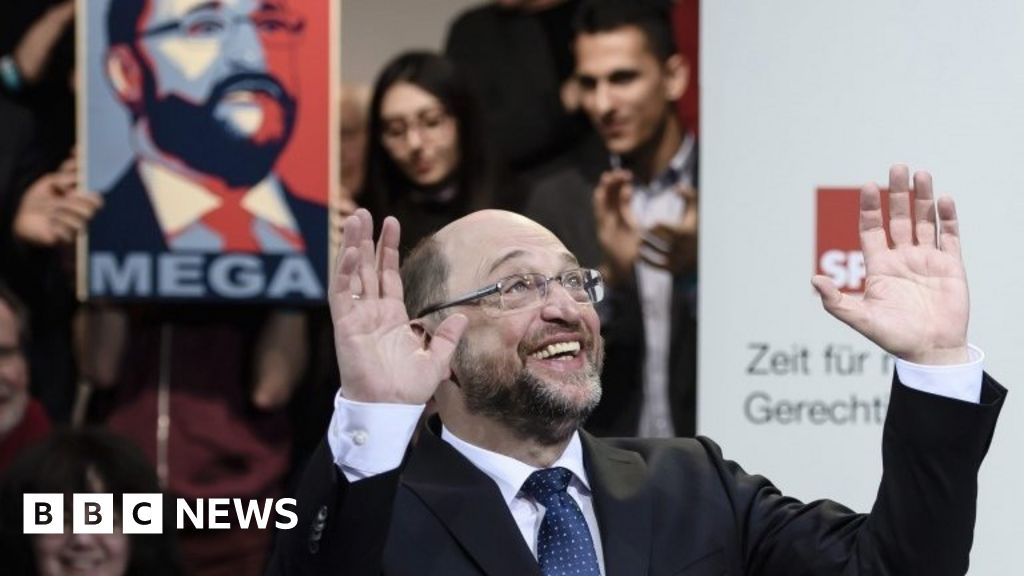 The Social Democrats hope he can unseat Chancellor Merkel in September's election.

Let’s see what happens, will be interesting for sure. Hopefully 2017 can be a more encouraging year than 2016 was. Resident OA Europeans, would love to hear what yous think. If Le Pen or AfD get in, surely the EU is over. But what is the feeling like in your homelands?

It’s gonna change that much in the end. Populist movements have already laid down their mark, but the EU doesn’t give a fuck.

Can’t help but feel many EU countries are sleepwalking into something big. Whether it’s this year or in 5/10.

According to the polls, this guy is giving the SPD a new life.

I don’t think there will be too many upsets. Brexit and Trump will hopefully put those movements to an end.

I quite like Martin Schulz to be honest. I hope he wins the German Election later this year, but I can’t see Merkel losing it unfortunately.

Also, I’m hoping this year is the death (perhaps a bit strong as these things are cyclical) of populism in Europe. I don’t think Le Penn will win in France, the AFD will come third/fourth if polling is correct. The only concern for me is the Dutch election.

Then again after last year, I don’t think there’s anything certain in these elections.

I’m mostly seeing it in the context of having big upsets in political ideology to the right and not so much within the normal spectrum. That being said Merkel not winning would be an upset indeed.

As much as the atmosphere is ripe for upsets and challenges to the established order, I’d be surprised if Germans can’t see they are absolutely ruling the roost in the EU under Merkel.

So @Bl1nk and @DutchGooner, what’s your feeling for tomorrow? If i were dutch, i would vote for Klaver.

Anyone know how/if the diplomatic situation with Turkey has affected the elections?

I thought this sort of think would’ve boosted Wilders, but it seems as if that may not be the case. Either way it seems as if he has lost a lot of momentum with the Dutch electorate in the past week. Could actually turn out to be a big disappointment for him

It made it better for the government as I think they told Erdogan how he can stick it up his arse.

The dutch electoral system will never be in favour of Wilders, whatever happens outside.

If i were dutch, i would vote for Klaver.

Considering him, but others are in the running too. I’ll make my final decision right before I vote

This scandal has totally fucked Fillon. Macron is still surging btw and now looks the favourite to win.

Macron looks like a very strogn candidate. If I were french I would definitely be voting for him.

It’ll be a run between Macron and Le Pen in the second round of voting, in which Macron will probably run out a relatively clear winner. So it could be that come September both France and Germany will have new leaders will a clearer vision for a better and stronger EU. The EU will certianly look different (I think/hope better) were this to happen.

Well if that happens then surely the EU will have survived the worst of this recent wave of populism. (Barring any new financial crises)

The most Eurosceptic nation in the EU will have fucked off too. Happy days!

Hahaha I think so too!

Albeit there’s a new wave of Euroscepticism coming from the east, so who knows

So Rutte wins, while Wilders loses in the end. But now it’s gonna be so difficult to form a new government.

Macron and LePen in the second round.

The rise of Melenchon fucked him in the end.