Posted about this in the upcoming films thread only yesterday then next day a teaser comes out. Ha.

Looking forward to this one.

Really looking forward to this one. I’ve been waiting for a ww2 movie that’ll top Saving Private Ryan for years we might finally get one. a shame it’s still a year away from release.

Just read that Harry Styles is in this film.

I imagine there will be a completely unrelated spike in the “Female 12-16 years old” demographic who will watch this film now.

Hopefully the window licker gets blown to smithereens in the opening scene.

Just read that Harry Styles is in this film.

I imagine there will be a completely unrelated spike in the “Female 12-16 years old” demographic who will watch this film now.

Hopefully the window licker gets blown to smithereens in the opening scene.

It’s fucking annoying alright. I searched Twitter for ‘dunkirk trailer’ and all I fucking got was the face of Harry Styles on my screen… Harry Styles looking out the window, Harry Styles smoking a cigarette. Twitter channels named: Harry Styles Dunkirk, Dunkirk Styles… FUCK OFF. It’s not his film. I honestly hope a Kraut shoots him in the opening scene.

Dunkirk was a propaganda masterpiece, made a complete and total defeat out to be a great victory, the culmination of an absolutely catastrophic campaign born out of the British and French army’s total unreadiness, tactical ineptitude and poor organisation the result of which was the French population being subjected to a brutal occupation under either the Nazis or the Vichy regime and the British living under bombardment, terrible losses and fear of invasion, not to mention the permanent decimation of both countries as world powers.

Dunkirk was necessary to ensure Britain survived the war, but it wasn’t a victory and it’s a testament to the propagandists that it has always been treated as such and I’m sure this film will carry that legacy on.

I was reading a little about the Dunkirk evacuation, the scale is incredible - they went from massive navy vessels with thousands on board to bringing in tiny merchant ships and fishing boats to pull 5 or 10 troops at a time off the beaches.

And the bravery of the British and French soldiers who held the lines while the evacuation was going on is really under-appreciated. They saved hundreds of thousands of lives and the war wouldn’t have been won without them.

This film is so highly anticipated. The marketing team has properly trolled fans by starting a livestream, which started yesterday midday and is still going lol. It just shows the beaches at Dunkirk LOL. People have been going crazy, the livestream has been on for roughly 18 hours now haha. 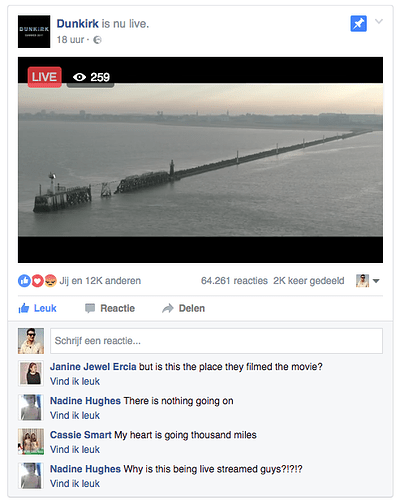 It is rumored the 2nd trailer will arrive somewhere this week and there will be a 7 minute prologue of Dunkirk prior to Star Wars (USA only I believe). So we’ll know more about this film very soon

Harry Styles can fuck right off.

Yikes, makes me want to throw up.

I’m definitely looking forward to it. Having a massive blockbuster WWII film from the British perspective is just Christmas for me.

However, the first thing that hit me when watching it was how modern it looks and feels. Many others mirror that in the comments. Hopefully when the actual film comes out and they’ve had a chance to edit it and what not that will change.

Yikes, makes me want to throw up.

How come? Sentimentality a bit OTT?

New trailer has been released and it looks fucking awesome. Although I do prefer the intensity and tension they created in the first trailer.

I just rang my local movie theatre and they have confirmed there will be a 7-minute Dunkirk prologue prior to Star Wars, I’m going tonight

Seems like a mixed bag. Get to see prologue, Yay! But, then you have to sit through Star Wars. Boo.

@Persona oh my god those 7 minutes were better than the entire star wars film. Amazing. 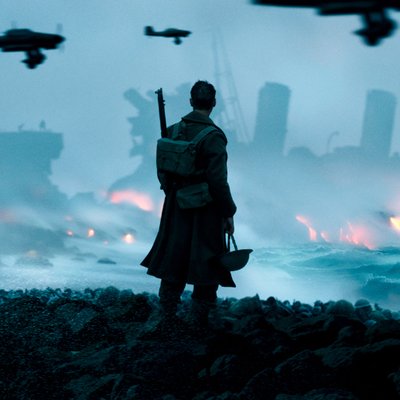 Oh my GOD that looks good. Can’t wait for this @Persona