No need to say how important to start the season with a win.
This is the game to pave the way to get top 4.

Definitely need to win the games that we are supposed to win.
No more Auba drama and Lacazhitte scoring drought. the team is in Arteta’ style harmony and we have to win this.

I think our early season form will be strong

We had such a shirt start to last season. Covid fucked us badly, and don’t forget Partey being injured in a meaningless friendly by a Chelsea cunt.

Must do better this time. Confident we will.

Bastards have one-upped themselves since last season by making us the first game of the season (again) but this time against a much harder opponent.

I can already see Neville ejaculating on the commentary if Palace win. I expect he’s already told the the whole production team to sacrifice goats, pigs and other farm animals in some paganastic ritual to ensure an “upset” happens, which in turn will generate tremendous publicity and reaction, with Carragher screeching in the background “the Premier Leeeague is the best leeeague in the WUUURLD”. Then you’ll have that sycophantic twat presenter David Jones cackling like a buffoon to anything that Roy Keane says, and trying to be overly pally with Micah Richards who is probably the only black person he has ever spoken to.

All in all, that Friday night broadcast is going to be an unapologetically biased pile of camel shite, full of shameless self-aggrandising drivel to make dumb punters feel like the £120 they spend a month on their Sky Sports subscription feel like good value for money.

“Look, this season we have a brand new innovation called “testicle cam” - a cutting edge camera angle that tells you which players will suffer from prostate cancer before they even know themselves.” [MEANWHILE WE’LL CONTINUE TO PRICE YOU OUT OF THE GAME THAT WE AT SKY SPORTS PRETEND TO SUPPORT BUT REALLY WE ARE THE PARASITE THAT IS LEECHING THE SOUL OUT OF THE SPORT YOU LOVE AND LIVE FOR THNX M8]

And of course, the standard “Arsenal don’t like it up 'em” will be the narrative for the days and hours leading up to kick-off, and should we lose, will continue to be the narrative for another millennium by which time we’ll all be long dead, either completely biodegraded into the dirt in which we were buried, or should cremation have been the choice of your loved ones, specks of dust floating around somewhere in the world which is now 99% covered in water and some real life twat version of Kevin Costner with gills is trying to save the world and nobody even remembers who Arsenal are anymore.

Can’t wait for the game.

Is this forum becoming a censored dictatorship

What do you mean becoming?

Why do you care what those dumb ass commentators say??
They all have agendas, they need click bait, they need soundbites to catch attentions.
If they need more views they probably would say more shit than ever.

Used to like ESPN commenting on WC before… Lalas used to talk shit and teasing Ballack, but at least they were really commenting and dissect the game with football analysis. Which player should play and what formation should be used… football matters, not emotional and personal attack. 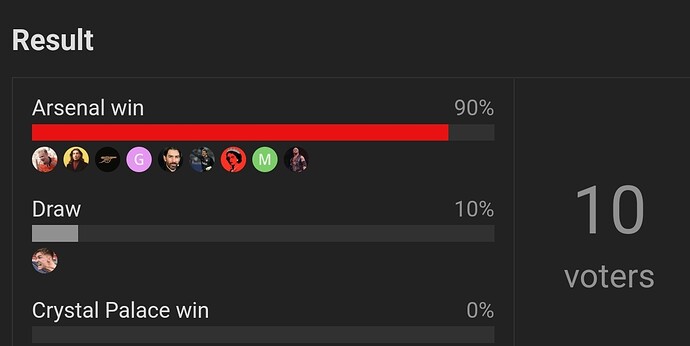 They wasnt when I did it

Palace fans will be be vociferous up and about buzzing. Do Arsenal have the ability to soak that in and get the job done ?

The forum has a handy feature which puts the date and time in the correct timezone for each user.

In the future, click the calendar icon in the toolbar. 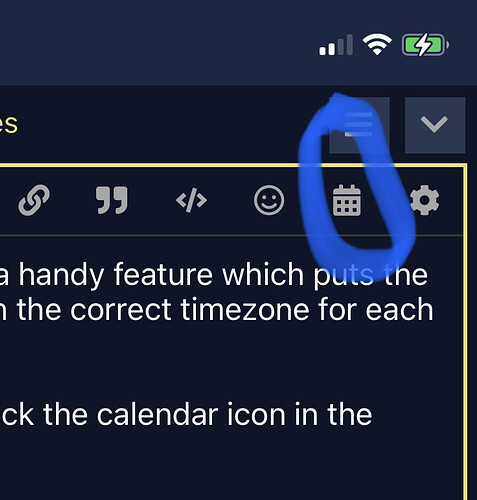 I’d be mighty pissed if these fuckers do us again, especially at the start of the season. Mikel better get his boys charged and ready for this one. Don’t want to see a “first game of the season performance” here. Fucking life and death game as far as I am concerned.

I get a feeling that the squad we have are already really settled and have done well to welcome the newcomers. With the exception of Jesus and Zinchenko who are both privy to the league and will likely replicate similar systems to what they did at Man City, I’d expect there to be very little ‘gelling’ time between the players/learning whatever they need to learn.
You have the likes of Vieira and Mark from Brasil that will likely need some time but the beauty of this is that they are supplementary to the squad at this point and we can afford to ease them in whilst going about our business.

Basically a long winded way of saying I’m confident we will start well! But like Will from Stranger Things and his connection with the Mindflayer/Evil, that there is that sick, dull, pulling feeling at the back of your mind that we have the capacity for things to go upside down.

That was one of my biggest takeaways from last season - that for the first time in years we seem to have a squad with a really strong chemistry and sense of camaraderie who really like each other and will fight for each other. We’ve sorely been missing that and I’m sure the documentary will show that in spades.

And like you said, it seems the pre-season has had a very good atmosphere and vibe

Has Palace’s window been any good? Not followed them at all.

They haven’t bought anyone yet.
I thought they would have been one of the more busy clubs in this window.

They had a decent window but they need more tbh

We’ll see how they get on without Gallagher

They signed Cheick Doucoure from Lens. There were rumours that we were interested but not sure how far that went. That’s all I know.

They’re supposed to be signing Chris Richards from Bayern for £20m, who I know nothing about.

When did we last beat Palace in the league?