Simon Jordan on talkSPORT will be discussing this , this morning. He’s a brilliant listen if you can .

He didn’t go into Chelsea today .
I probably misheard the beginning of the show.
Jordan is brilliant and sometimes just brutal.
Jordan will get his claws into Chelsea .

No, they did. They addressed the new contract rule to be imposed by UEFA which was caused by Chelsea’s business.
Not sure if Talksport uploaded the clip.

I missed that .
Simon Jordan should have his own thread on here as he is fascinating listen . 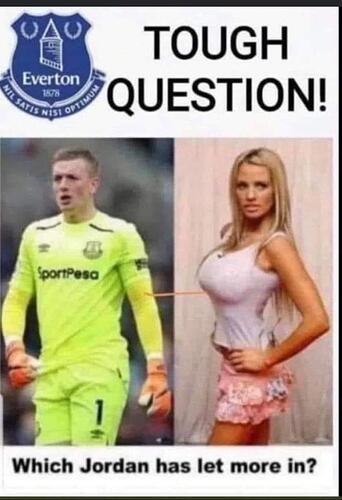 One at least tried to keep some out.

You’ve been looking have you?!

Apparently Chelsea have offered 125 million Euros for the 15 points that Juventus had deducted.

Haha, Hutchinson is playing for chavskis under 21s now. So he left Arsenal because he supposedly wanted to move forward quickly…and he is back where he started, that didnt take long. With all of these signings they have made good luck seeing the 1st team unless there is an injury crisis…sucks to be you!

Despite all the money spent how would people feel if they were watching what was going on at Chelsea right now happening at Arsenal instead?

I honestly feel it’s so lacking in any sort of a plan that I’d either be mad at it or just feel completely meh about the whole direction of the club.

I still think it’s possible (even if unlikely) that Potter doesn’t last the season. If a really top manager emerges as a possibility why would Bohely act any differently to how he is doing with players.

Fingers crossed it is a total shit show.

There was an injury crisis before all those moves and he didn’t get involved. He made his own bed. He’ll be loaned to championship clubs or sold to a mid-table club. Either way, I don’t care.

Despite all the money spent how would people feel if they were watching what was going on at Chelsea right now happening at Arsenal instead?

We’ve already sort of seen it just with smaller fees and shittier players.

If Arsenal were out here signing a ton of big time young players for huge fees I’d probably love it though tbh. It probably doesn’t work out for all of them but it would be interesting.

I’d be loving a January window of Mudryk and Enzo, reckon they’ll be massive hits.

I’d be loving a January window of Mudryk and Enzo, reckon they’ll be massive hits.

Even if we were sat in 10th too? And very little actual signs of progress on the field? Would you just feel that progress is inevitable if signing players like that? I’m not sure I do when you’ve got teams like Brighton and Brentford and their really progressive styles doing their thing.

Why win the league when you can win the transfer window

Chelsea are having a disastrous season which I love.

But ultimately they’re throwing so much money about I can’t see it not turning for them in the next couple of years unfortunately.