All Chelsea chatter in here.

Without european football and with Conte in charge, they can repeat what Conte did in his first season with Juventus.

They are losing 2-0 against Rapid atm. Just a friendly, but it’s a good thing to see :santi2: :ozil2:

Fabregas sent off in their friendly against lolpool here in LA. Lol fucking snake cunt.

Chelsea down 2 nil to Madrid in the first 25 minutes. Chelsea’s defense still looks old and shit lol. And no tracking back from their wingers. I don’t think they are gonna be that good.

Good old Chatski. Always good to see them in demise. They need 2/3 signings at the back to be competitive again, imo.

Michy Batshuayi has played 67 minutes for Chelsea. He's scored three goals and grabbed one assist in that time. https://t.co/v6duaeHeuK 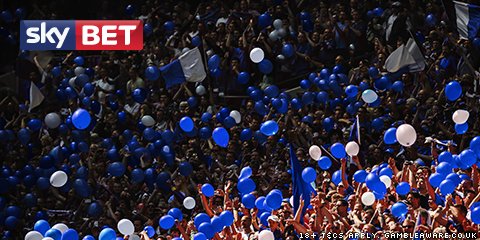 THERE IS NO VALUE IN THE MARKET THOUGH EH ARSENE?

Michy looks like a real goal hungry striker. Could easily turn out to be one of the best signings this season.

Genuinely dillusioned with our club’s ability to identify a striker and fucking buy him.

THERE IS NO VALUE IN THE MARKET THOUGH EH ARSENE?

All those caps and not an exclamation mark to be seen.

Fabregas injured? Or does Conte actually prefers Oscar and Matic on those advanced midfield positions?

Not mad about it though. Hopes he goes to the MLS quickly.

nah he’s started every PL game on the bench so far this season. Got an assist when he came on at Watford last week.

I don’t think he’s inured. He’s been linked with a move to Juventus this summer. I’m guessing if he goes or stays may influence any move that James wants.

He isn’t in Conte’s plans. It’s as simple as that.

And people call our club a laughing stock? Luiz for £38m??

Yeah, i really don’t get it. Maybe because he is a ball-playing CB and Conte likes them?

I think Conte walked into an already stable team but could they have done more this summer? I was expecting them to go all out for someone like Mahrez this summer, or pursue some targets from Italy, given Conte’s reputation. I know Chelsea’s online fanbase has become as intolerable as ours has over the past year or two, there will be upsets now the window has shut.

They had an average transfer window for their standard, imo. I expected better signings at the back.