Everton got one there looking to get shut of.

Scandinavia are going to have a PL team before Scotland at this rate.

They’ve got Danes, a Swede, a Norwegian and a Finn now. Just need an Icelandic to complete the collection.

We have to give them Runarsson to complete the total takeover.

Well you could argue about 17,000 brentford fans managed to get tickets for tomorrow

That is going to be a really shit match. I’m predicting 0-0.

Yeah probably, I don’t mind though. Quite keen just to get to a game and see the new stadium, atmosphere should be good as well as the Brentford fans are still riding that PL high.

Have you got a Brentford shirt? Or you just going to wear your Denmark one?

Result aside, was it a good match day experience?

Absolutely fantastic to be honest. The stadium is so nice. It’s actually quite cool because there’s all these high rise flats around the stadium that you can see from the stands and it makes you feel like you’re actually in a stadium in the middle of a city. Kind of hard to explain.

In any case there was a great atmosphere and vibe, you can tell that the fans are still super excited about being in the Premier League and there was a lot of singing throughout the game. The capacity is only around 17,000 but they made it seem like more with their voices.

The Brighton fans were good fun as well. They were singing on the train to Kew Bridge and they had some funny songs about Bissouma, Palace and Zaha as well. Listening to grown men chant “SEEEEEAAAAAAGGGGULLLLLLLLLLLLLLLLLLSSSSSS” was really amusing as well to be honest

I’ll definitely go back for a few more games this season. £35 was pretty reasonable for my seat.

I was sat in the West Block right by the corner flag, which was fun. The stadium had a strong community/family vibe which was nice, you can tell they’re a smaller club/newly promoted from the lack of day trippers and tourists you see at Arsenal/Chelsea etc. 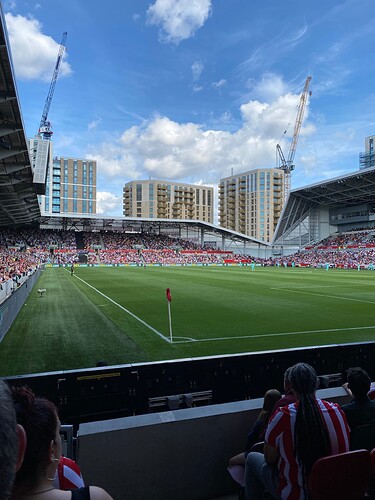 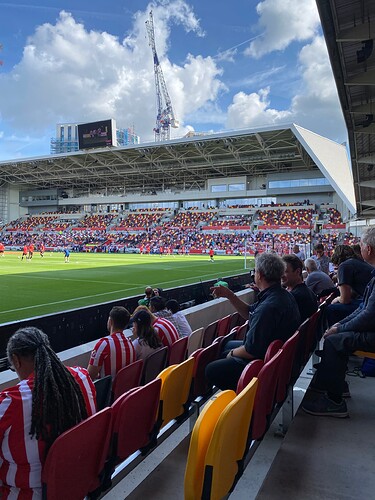 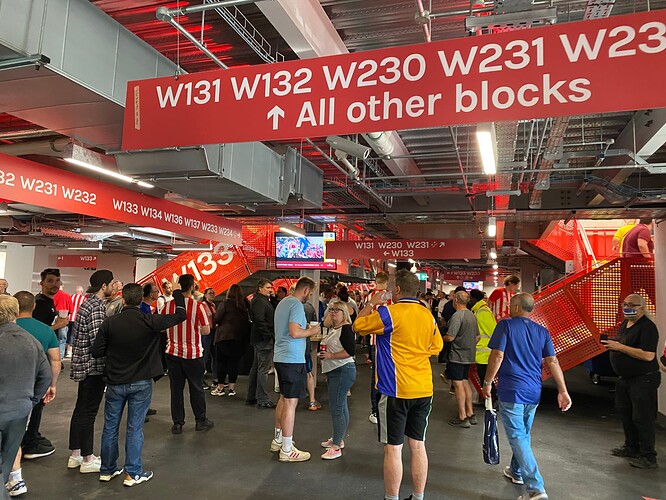 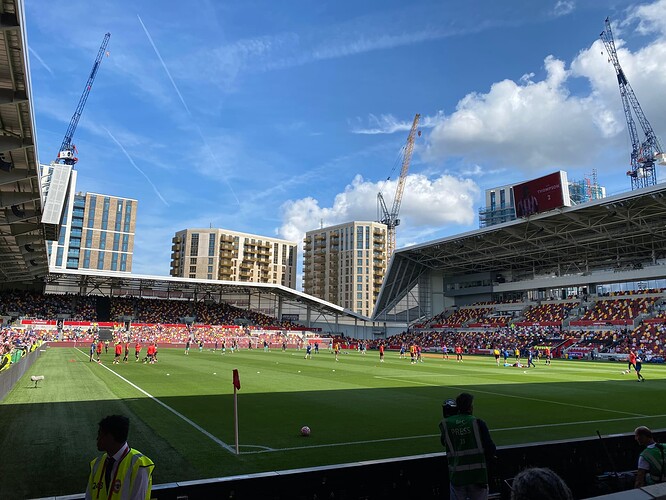 Why would the result matter when he supports neither side ? haha

Because he sat with the Brentford fans, no? And he lives near them. So I figured he’d want them to win.

Yeah he probably dude want them to win I’m sure, but my experience is when it’s not your actual side you don’t really feel any hurt from a result. But true everyone is different.

You’re right Aussie, I went in supporting Brentford and wanting them to win but ultimately I didn’t care.

My groans of displeasure and annoyance weren’t authentic and when BHA scored at the death I didn’t really care. I also couldn’t get myself to sing “Brentford FC, we’re by far the greatest team the world has ever seen” lol

Still had a great day out and I’ll be going back for sure, but I’m only emotionally affected by Arsenal haha 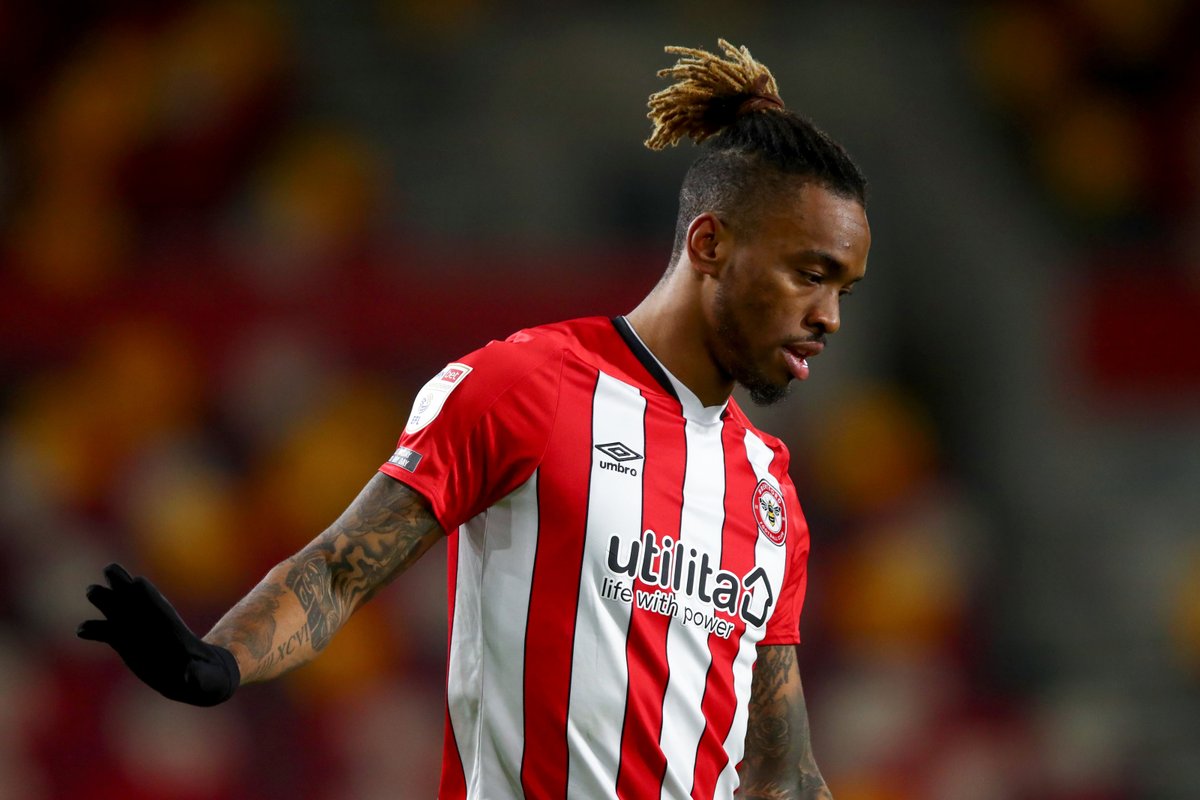 Pics from your phone not getting rotated anymore. Is it solved or did you do something different?

Hahaha good spot, I didn’t even realise. I don’t think I’m doing anything differently as I’ve got both portrait and landscape pics in there and they look good.