Noticed there wasn’t a thread but this masterpiece of a show deserves one more than most.

Final season now and the brilliance of the writing will never cease. So unpredictable despite all we know from Breaking Bad.

But what prompted this thread now…

I’m shaking from what just happened. Fucking unreal
This whole half season has been spectacular. Nacho fucking Varga what a guy.

Best writers and best show out there right now without a doubt. It’s going to be a long six weeks before the final episodes air.

Looking forward to see how this is gonna transfer into the Saul we saw in Breaking Bad. Not sure if this should be considered a spoiler but for example I’m very curious to see what happens to Kim Wexler.

What a show, the last scene took me by surprise, this is top notch.

Just realized the next episode is gonna be released july 11th.

I thought the way they handled Kim’s exit was fantastic. I have lived with the idea that she must end up dead for years now (she still might) and I loved the idea that there is someone else out there from this universe doing their thing.

A much slower paced episode than last week but then the jump forward at the end. I’d love to know where we are in tbe BB timeline right now.

Absolutely excellent season this has been in general. Agree with everything you’ve said on your post re: Kim.

Loved the way they handled her exit I genuinely believed she was going to die at Lalo’s hands.

Only two episodes left before the series finale… Liked this episode a lot more than last weeks episode, hoping for a strong finish!

I’m trying to trust Vince but these last two episodes have felt like indulgence and a bit unnecessary.

I wonder what he heard on that phone call…

I’m not reading anything in here but just wanted to say that I started season 1 last week and am halfway through season 2 and I’m loving it.

Fantastic show and I totally forgot how much I missed the characters of Saul and Mike fry tv viewing life.

Really enjoying the great character development and raison d’etre behind them both and gives me a lot of understanding for what and who they were in BB.

Really enjoying the great character development and raison d’etre behind them both and gives me a lot of understanding for what and who they were in BB.

Yea Mike especially I loved this part. You really feel for him when he is talking about his son. Such a great performance that.

When it started I just wanted more Saul but Jimmy is essentially a different character and every bit as likable. Definitely a show I’ll watch again and again. 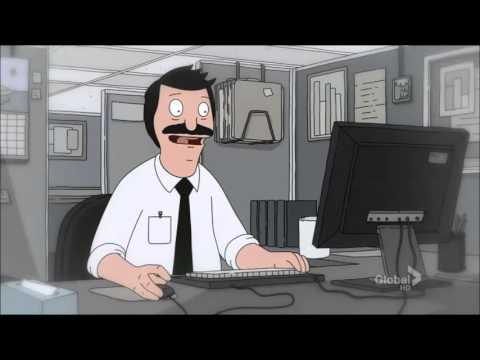 These last few episodes honestly feel like they don’t know how to end it. Fair enough like, it’s hard.

I’m still hoping I am wrong and end up looking an idiot next week when they tie it all up beautifully.

I’m only a few episodes into season 3 but fuck me this show is lending so much depth to Mike’s character.

I used to hate him in BB, I always thought he was this awful emotionless terminator-esque automaton but BCS has really opened my eyes to his motivation behind it all with his daughter in law and granddaughter.

Shoutout to Bob Obenkirk. He knocked it out the park.

Honestly thought that ending was pretty good. There are still some stories to tell perhaps but all the important loose ends tied up.

I just love what they created overall with this show. Saul was this one dimensional near comic villain in Breaking Bad and they created the fully rounded character that was Jimmy and transformed him into a much more rounded version of Saul.

Salamanca family spin off anybody?