This is what some of us mentioned about footballing education. Kids are not encouraged to perfect both of their legs.
Only the best self motivated individuals work on their weaker foot. 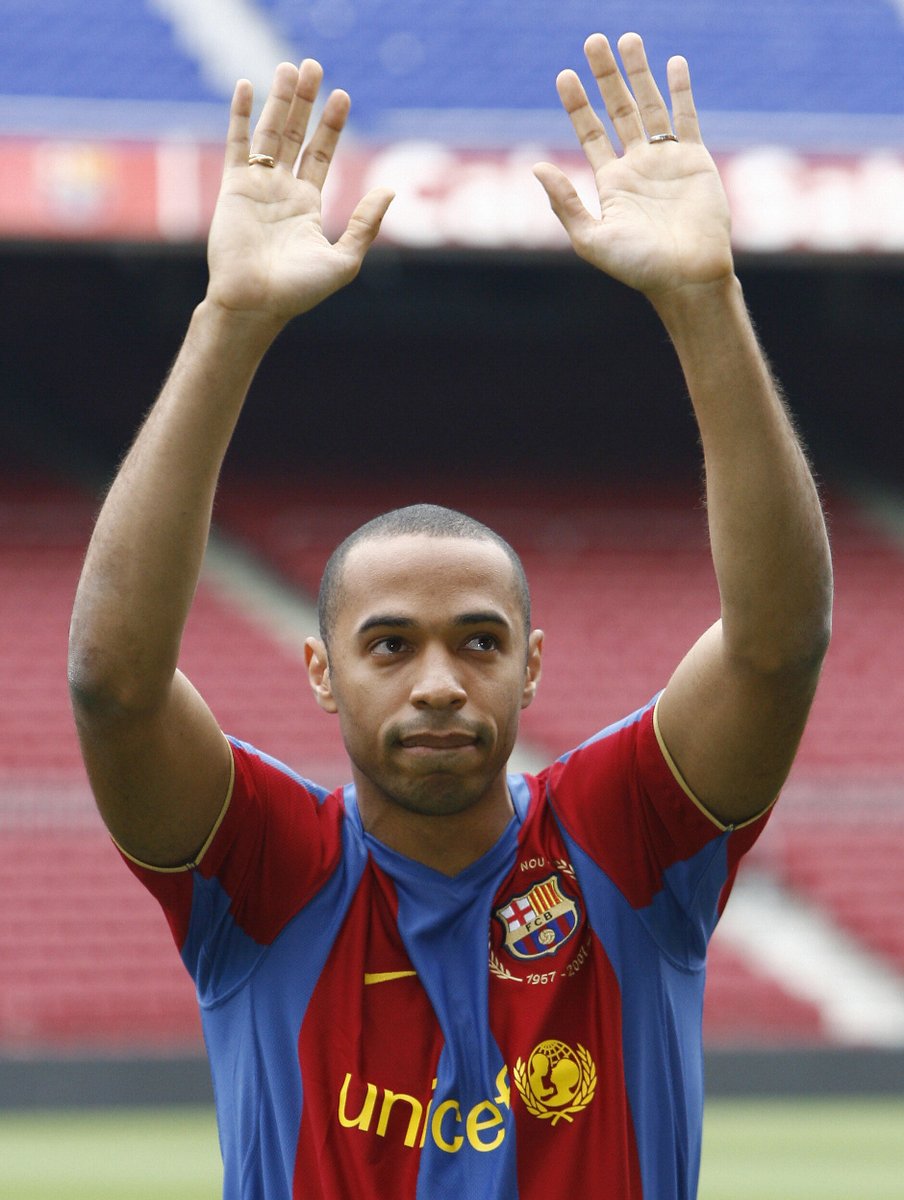 Oh yeah. Once a gunner always a gunner.

Remember when there shirt sponsoring was a no go and they had some values?

Oh yeah. Once a gunner always a gunner.

Weighing up a 24 hour ban for making snide comments towards The King.

Sort it out you tart!

Shall we post the interview after the CL final when he accused them of cheating.

He didn’t have to stay for that statement to be true.

General point, for me he left at the right time for all parties. Henry had little left to offer us by this point and plenty to hold us back on. His pace, athleticism and general motivation had declined at Arsenal since the CL final.

The likes of Adebayor, van Persie and Eduardo proved we were ready to move on with their goal contributions in 07/08.

I’d like to say so too… But I definitely think we could have used him for a few seasons more.
Even more so because of his leadership qualities, his experience, than because of his quality as a player.

Even talking about that 08 season, looking at Van Persie’s injury, Eduardo too, we could have used him and his goals. But, again, even more so as a leader, we just crumbled totally after that Eduardo’s injury… So many points dropped against teams we absolutely should have won… I even forgot quite a few of those “small” games, remindend myself the other day…
A few experienced players more would have prevented that imo.

Adebayor sinked the next season anyway, Van Persie again had his usual problems for the next few seasons… I think having Henry for a few extra years would have defintely made a positive difference, even with him declining. Tbf he was still a WC player in 09, but even after that he would have big value in the Arsenal team, again with Van Persie missing out half of the season in '10 and '11.

I’m not blaming Wenger, I blame Henry just as much… But I just think Wenger should’ve done more to prevent him from going. Can’t say exactly how he felt about Henry leaving and what he actually did, but you could guess he was quite comfortable to put his trust into the young players. I’m all for that, but you need some balance, and having a few good players who have been at the club for a bit longer is always essential imo.

The only thing I care about Henry doing after he left here was when he came back for a few weeks.

The likes of Adebayor, van Persie and Eduardo proved we were ready to move on with their goal contributions in 07/08.

We would have won the PL in 07/08 if we had Henry instead of unavailable Van Persie.
Only 15 appearances and 7 goals that season as opposed to Henry’s 12 goals 10 assists in 30 La Liga matches from wings

How blessed were we to have the likes of him, Bergkamp, Pires, Vieira, Freddie all in the same team. So much world class quality, brings tears to my eyes.

That was very a Bergkampesque goal.

I’ve always thought that this would possibly be my favourite ever Henry goal, if only it had been scored in a competitive fixture.

Long ball controlled first time, second touch lifts it back over his and the defender’s heads, next touch is a left footed, volleyed lob into the top corner. All without the ball touching the floor. Ludicrous.

The man was an absolute God.

I was, still wouldn’t personally put that memory above Arshavin scoring vs Barca or when we beat Spurs 5-2 (for the first time