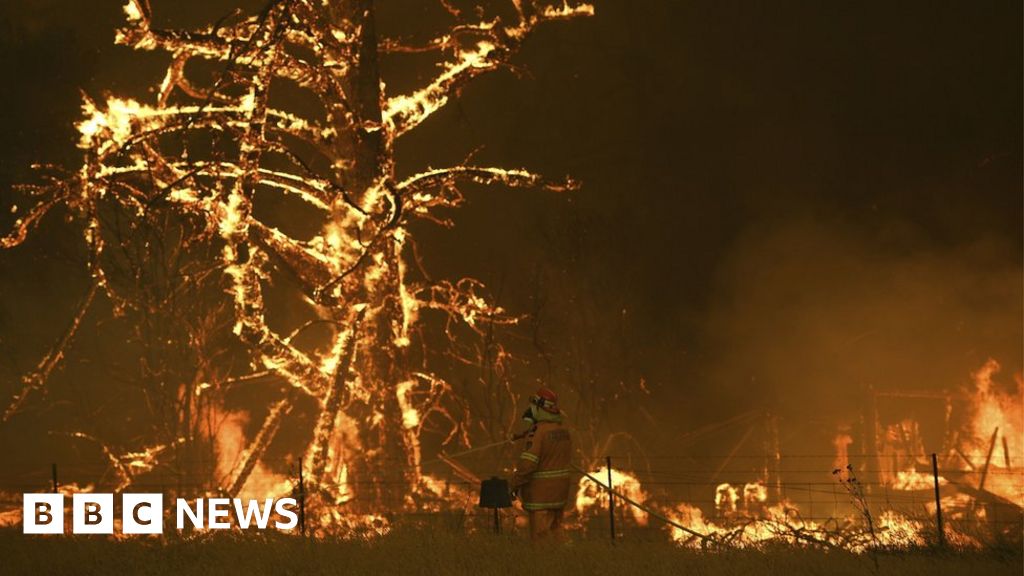 Residents and holidaymakers in a major tourist destination in Victoria are told to leave by Monday.

This picture just in from family boarding boat in #Mallacoota #MallacootaFires approx time of photo 9:45am https://t.co/WJEQScDp9f 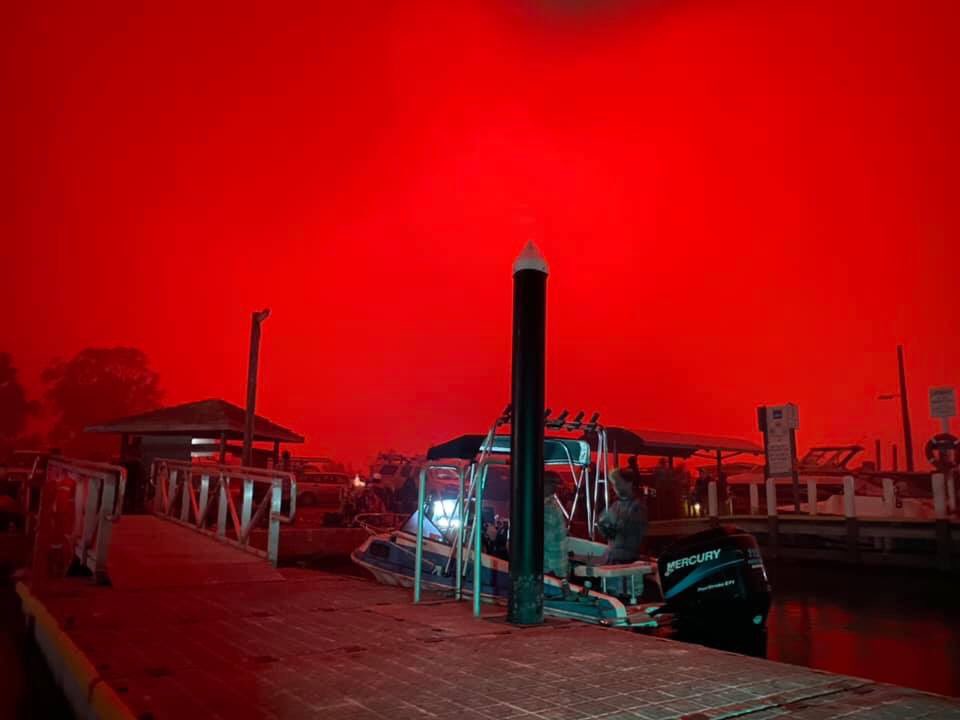 There doesn’t seem to be any slowdown to this. Already an area bigger than Greater London metropolitan area burnt out

This picture just in from family boarding boat in #Mallacoota #MallacootaFires approx time of photo 9:45am https://t.co/WJEQScDp9f 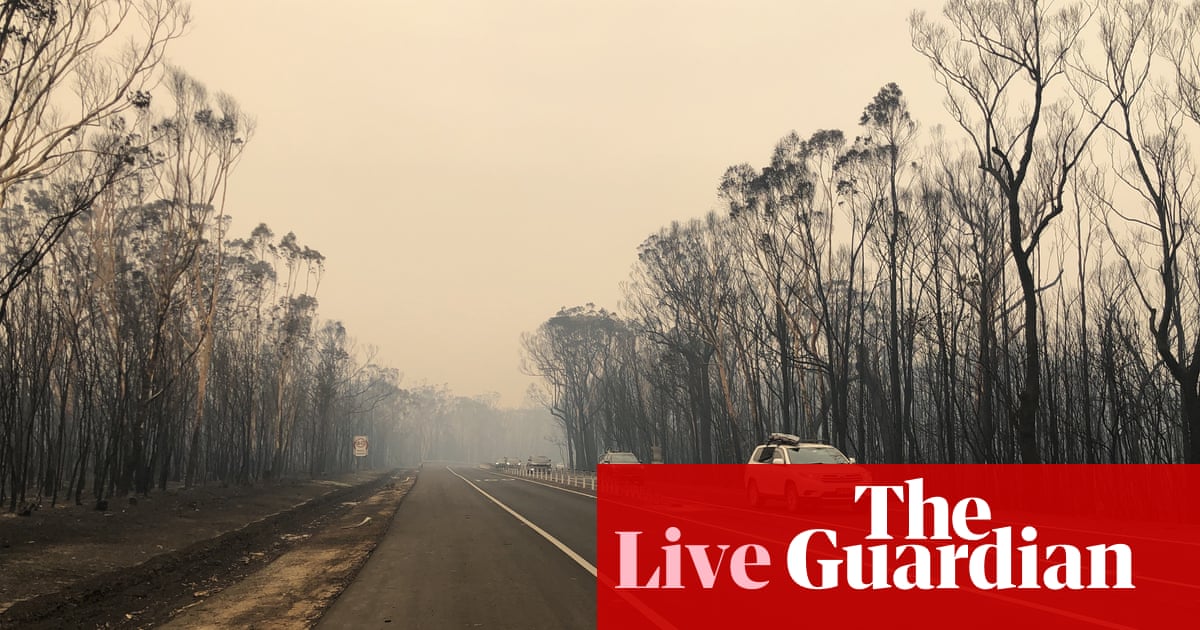 At least nine people have died since Christmas Day, and the RFS is urging people to evacuate the New South Wales south coast before dangerous conditions on the weekend. Follow the live news and latest updates today

@Aussiegooner your prime minister over there should be kicked out of office for his continued statements on the environment, the man is shameless

Wow didn’t know it was this bad

This thread is informative.

I want to give some perspective for people not from Australia. More Aussie land is currently burning than exists in the entire country of Belgium. The smoke is causing breathing problems in New Zealand, 2,000km away. Half a billion animals have been killed. Eight people are dead.
1 Like
Electrifying 2 January 2020 13:45 #30

What happens when you let Murdoch control your country.

Will Aussies wake up? Probably not.

The world really is dieing in front of us now. Nobody wants to know in power and the rest of us are just distracting ourselves. It’s the biggest crime against humanity by humanity.

To be honest I think the world will be fine, it’s us that’ll be fucked.

Not sure where you guys are getting your info but theres been plenty of progress in various areas of the environment, and this has been going on for years.

We have a massive collection of international law and international agreements from the last 50 years or so and many countries are well on board and have been for some time.

And I haven’t heard or seen anything about New Zealanders having breathing problems. We had a bit of a cloudy sky for like 2 hours yesterday morning but breathing problems is an exaggeration and probably limited to a few people max lol

And I haven’t heard or seen anything about New Zealanders having breathing problems. We had a bit of a cloudy sky for like 2 hours yesterday morning but breathing problems is an exaggeration and probably limited to a few people max lol

love it, exactly the kind of thought that went through my mind when I read the breathing problems line.

You won’t get many retweets for posting that thought, it’s nowhere near apocalyptic enough

Not exactly shining beacons of success are they, relative to the speed of change required

Not exactly shining beacons of success are they, relative to the speed of change required

Depends on what you base success on?

The key principles of the Paris agreement have already become codified law in New Zealand via the Zero Carbon Bill which sets a net zero carbon output target by 2050.

We also have a research based fisheries quota system which ensures stock health as well as a financial gain for the indigenous people of NZ (my cuzzies). Same in the North Atlantic where NAMMCO manage the marine environment and again the same sort of approach has been present in the EU with the CFP and the quotas that arise from that.

What is your suggested alternative that provides the level of engagement from relevant parties and is also quicker?

And how far away would you say the current frameworks are away from the “speed of change required”?

Is the same stuff being implemented in other countries too?

And will the UK diverge from EU policy after Brexit you think?

Are New Zealand meeting their targets under Paris? That’s great, my country isn’t. Most countries aren’t. The countries that matter most certainly aren’t.

I haven’t looked into New Zealand specific cases whatsoever so won’t comment on those. The CFP in Europe has met with mixed success (being kind) with stocks of a number of key species still overfished and the issue of what to do to ensure legal compliance with ‘bycatch’ not resolved.

We’ll see what happens this year, 2020 is massive with a COP coming up but with a succession of centre right and right wing governments coming to power the world over I’m not overly hopeful about the pace of achievement between say 2020-2025

See this is exhibit A why Im seriously considering a move to NZL in a few years time.