The 2017 World Snooker Championship will be a professional snooker tournament taking place from 15 April to 1 May 2017 at the Crucible Theatre in Sheffield, England. It will be the 19th and final ranking event of the 2016/2017 season.
Defending champion: Mark Selby
Total prize fund: £1,910,000
Dates: 15 Apr 2017 – 1 May 2017
Venue: Crucible Theatre
Organisation: World Professional Billiards and Snooker Association
Winner’s share: £375,000

Starts this week, Got to be Ronnie… If he can grow up…

Play on son, its what makes you, who you are…

Ronnie O'Sullivan urged to 'grow up' ahead of World Snooker Championship...

Ronnie O'Sullivan has been told to "grow up" by World Snooker chairman Barry Hearn as he prepares to head to the Crucible.

those wanting a gamble, find your best odds here…
https://www.oddschecker.com/snooker/world-championship/winner

Selby could whitewash his first match…

As usual we have the bloke with the coventry replica retro kits behind one of the players seats.
Pretty brave considering their season. Why though. . .

I love the guy, absolute no fucks given

Have you read his book. He titled it running and concentrate a lot about how he uses that with all his issues.
Youd like it Sham. He runs some very good times too. Would recommend.

I honestly can’t remember if I’ve read it

it’s definitely something I’d be likely to have picked up had I spotted it but what you describe sounds vaguely familiar.

If anyone is watching Selby v Robertson, it’s like the diametric opposite of Ronnie v Ding. 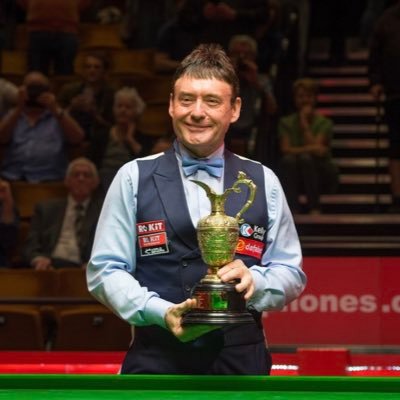 Eurosport coverage is soooo much better than BBC2 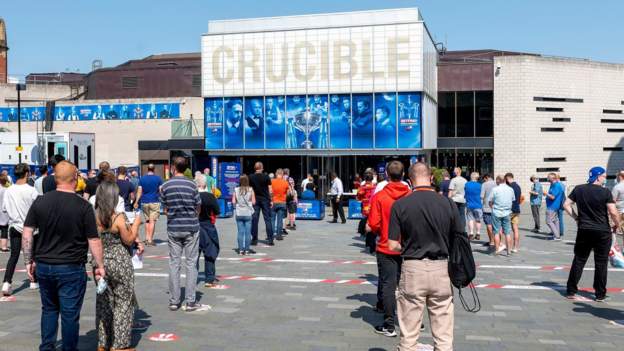 Fans expected at Crucible for final

Fans are expected to be allowed into the Crucible Theatre this weekend for the final of the World Snooker Championship, BBC Sport understands.

The semi between Ronnie and Selby should be the final. And, as Ronnie said in his QF post match interview;

I do love a semi

You’ll love this one between Wilson and McGill. 16-16. Bloody tense. Anyone watching?

I was at work. Looking forward to Ronnie and Selby.

If Ronnie turns it around from here, it’ll be his biggest win at the Crucible, in my opinion

Does this semi final need to finish before the other one starts? If so, you might be waiting a while.

Ooooh ok. I’ll put it on while I do the cleaning

I’ve got the snooker on my phone, jesus Ronnie is something else

He’s a bit of an idiot too, though

Did you see how he went for the pink in frame 31?

He’s an absolute idiot, he looked like he threw the game then smashes in two clearances. It’s why he’s the greatest of all time haha