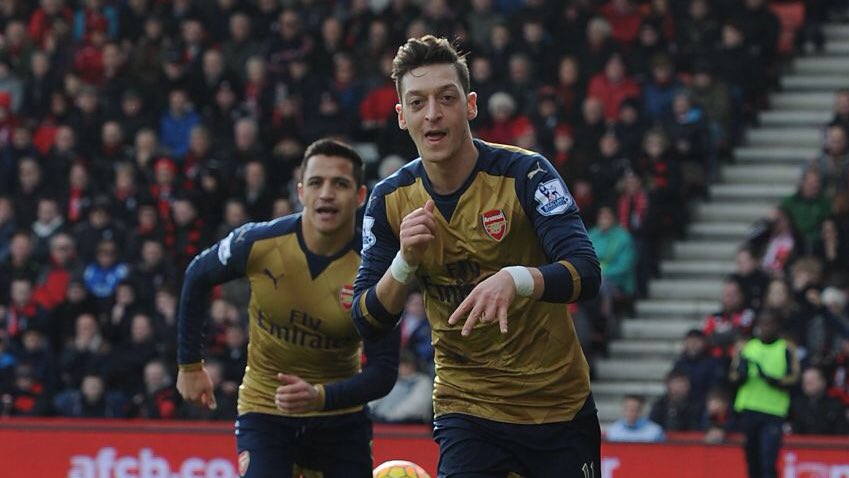 So we might just get to see them play one season without Wenger? Cool.

Genuinely amazed they want to stay

Genuinely amazed they want to stay

Or maybe they know Wenger is leaving

We have won two games before october :ozil2:

The stuff that dreams are made of, apparently

Fantastic news! Are mirror reliable when it comes to contracts?

Fantastic news! Are mirror reliable when it comes to contracts?

Only when it suits what we want to believe.

Not getting to excited until I hear them talking about the extensions being confirmed, Our squad is pretty reasonable but still needs work… I would love to see us play under a different manger.

If it happens I’ll be ecstatic. Until then…

Sounds good to me, the foundation of the new Arsenal!

I’d be genuinely surprised if both of them did sign extensions.

A 5-year extension really is a long time. It means they are gonna finish their career with us.

Meh, the Mirror article is just pure speculation and doesn’t say anything solid in regards to contract extensions.

Skeptical about the validity of these rumours, but it would genuinely be incredible news it true.

5 years…They must literally be getting serious pay rises to commit for that long.

They employ John Cross as a ‘journalist’. 'Nuff said.

If it does happen I’m sure they will have release clauses in the contracts that will allow them to move and us to get the correct value for them.

Or it also means we can get more money for them in the event that they do decide to leave. Since we no longer have an obligation to cash in on players who run the risk of running their contract down.

From a playing perspective where are they going to go to and will they be undisputed starters? We are not going to sell too Chelsea and United (I hope…). City invested in two young wingers (Sane and Moreno), Sanchez is not be a big priority for them and Ozil isn’t either with Silva and De Bruyne. Juventus just signed Higuain and are set with Dybala and Higuain. Bayern has Muller, Thiago, Vidal and Robbery probably still have a couple of years in them, they have no immediate need for a winger or an attacking midfielder I think. Real is not going to buy back Ozil and Barcelona is not going to buy back Sanchez. Barcelona is probably the best option for Ozil, but still.

Not saying Ozil/Sanchez are lesser players than the alternatives other clubs have, although I think that goes a little bit for Sanchez, but winning trophies not included staying with Arsenal isn’t that of a illogical option.