Have some of that @Bavin

And in typical fashion, not so great from my boys against asutralia yet again. Haven’t beaten them in 8 games. 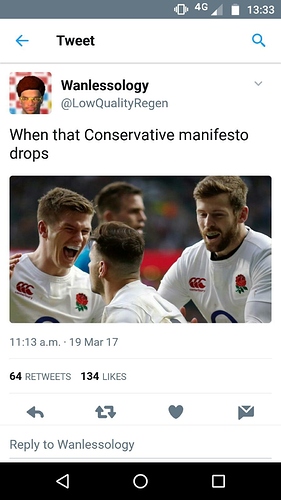 This is a bit of bump, take it’s there not many rugby fans here

Went to my local pub to watch the final Lions game. Bit of an anti-climax with it ending in a draw, but it was a fantastic game and series. Already can’t wait until the next series!

Should of been a penalty to the All Blacks at the end, although that was no guarantee that Barrett would of kicked it

Great day watching the oval ball yesterday. Watched England Tonga in the RL world cup semi final at 5 in the morning breath taking end to the game.
Followed that with Scotland demolishing the Aussies at Murrayfield. Then watched the All Blacks do their annual job on Wales. Just about had enough energy to then watch the highlights of Englands win over Samoa.
Not one feigned injury all day. Oh well guess that can get put right today when the footballs on.

Managed to get over for the weekend and go to the Wales v New Zealand game, expected result really. We’ve stagnated so much under Warren Gatland. Feels like we’re the Arsenal of rugby.
Good day out all in all though, what a result for Scotland! 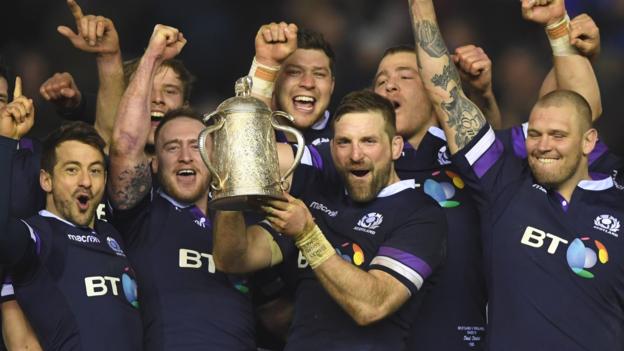 Centre Huw Jones scores two of Scotland's three tries at Murrayfield as they beat England for the first time since 2008.

Fucking great game too. As was Ireland Wales 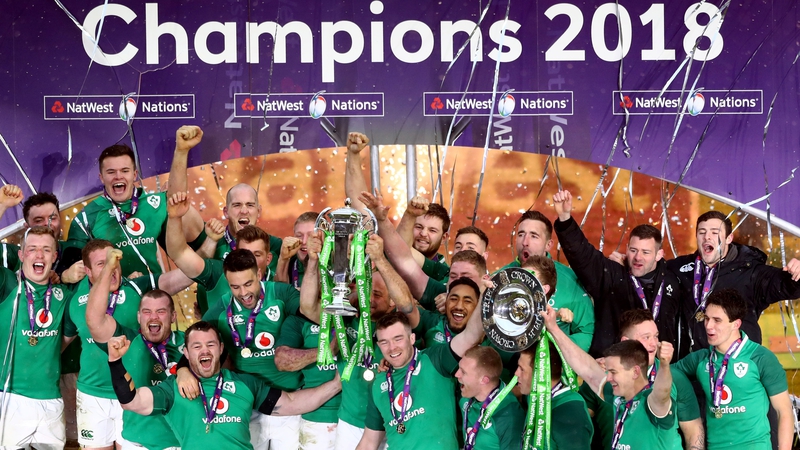 I stopped caring about the rugby when we lost to Scotland a few weeks ago, just like a true rugby fan

@shamrockgooner I guess Dublin is just a little lively tonight with you guys winning the grand slam…at Twickenham… on St Patrick’s Day!

@shamrockgooner I guess Dublin is just a little lively tonight with you guys winning the grand slam…at Twickenham… on St Patrick’s Day!

Another enjoyable afternoon watching rugby over football. Every tackle with intent and no simulation all day long.
No whingeing about the refs by the managers afterwards either. 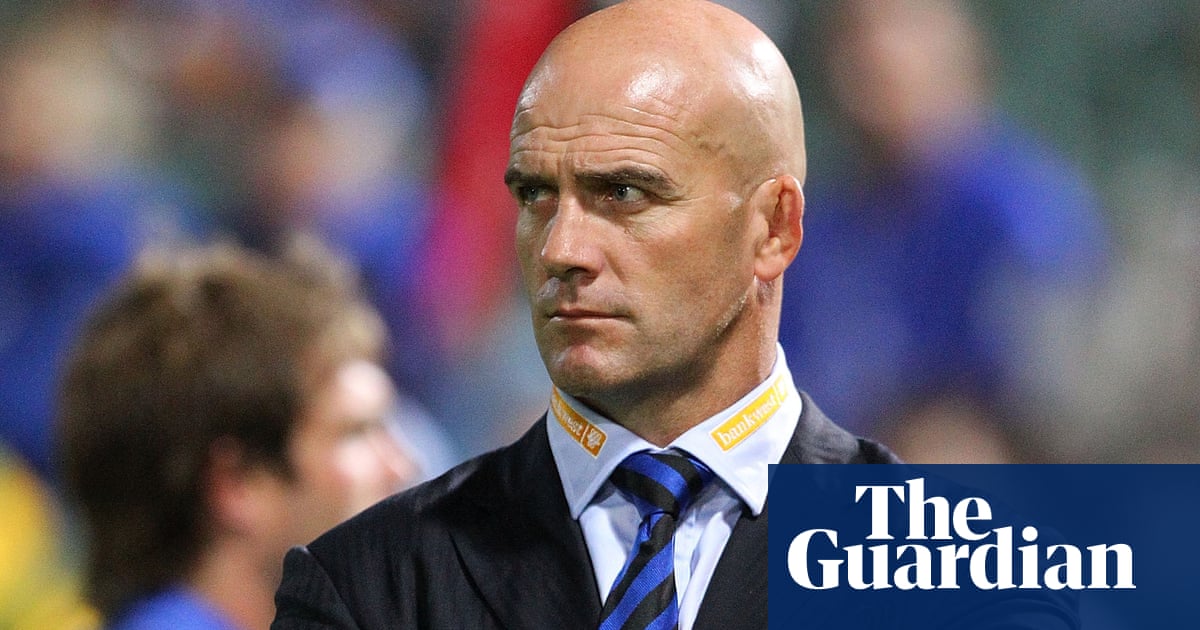 The long-running saga of the appointment has ended after a compensation package of £200,000 was agreed with the Blue Bulls

I feared for England this autumn - we have looked so bad in defence last 8-10 matches and it something we always had and never thought we would lose.

Even if the years past when we were very forward orientated with a heavy reliance on kicking rather than attacking brilliance we had this white wall we could rely on.

Add to this we could always rely on strong discipline against the likes of France, Australia and even NZ to add to our game. Now we seem to open up to any team with a little attacking guile and give away 10-15 points of chances minimum a game through stupid penalties.

If we get hammered over the autumn I cant see any point sticking with Jones - this guy would be a really strong candidate. Hopefully this will change Eddie for good knowing there is a replacement waiting in the wings and hopefully the team will respond well. This guy is well known to bust balls and take no shit so hopefully all this penalty nonsense will stop.

Have some of that @Bavin

What a fucking game!!

This Ireland team is legit

Can Ireland win the WC next year, you guys think?