Never heard of the fella. Any thoughts @AbouCuellar @will24 ?

There’s also this from a couple of weeks ago 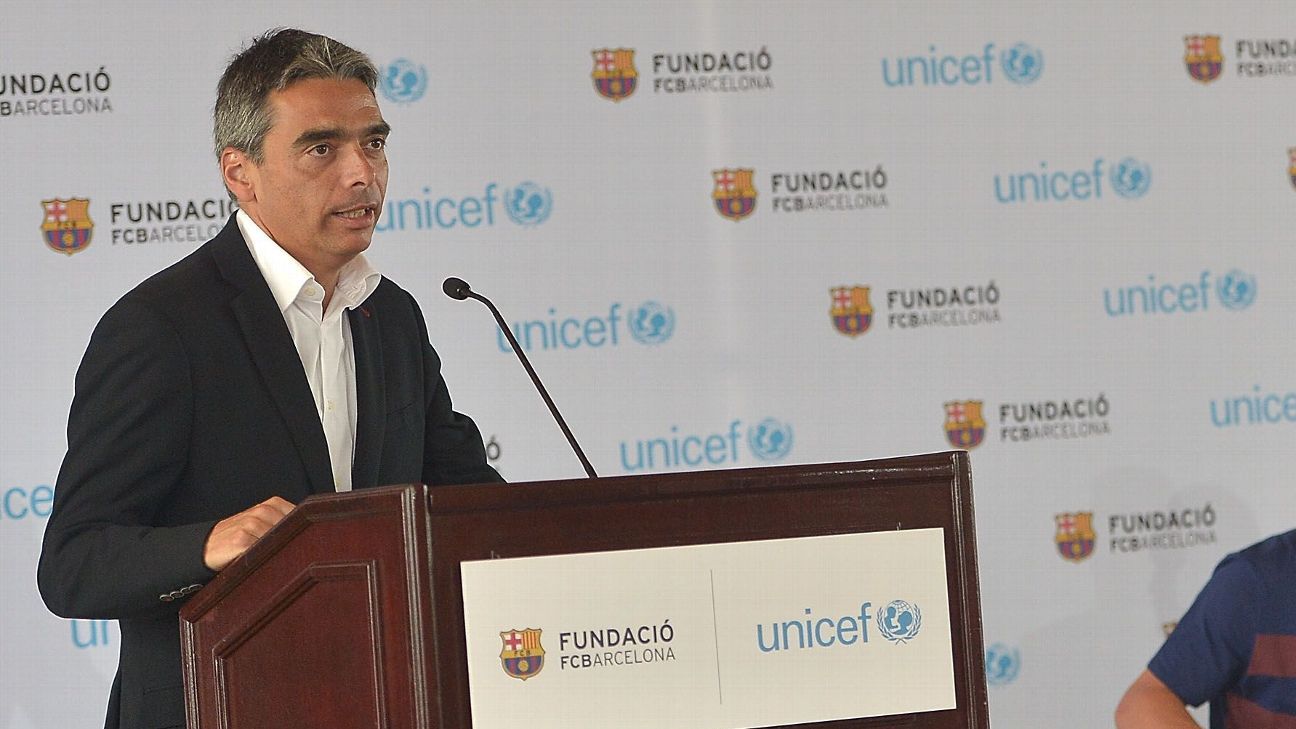 Soler and Sanllehi have been two of the club's chief negotiators in the transfer market in recent years.

Albert Soler and Raul Sanllehi will leave their roles with the Barcelona first team, sources have told ESPN FC.

Soler and Sanllehi have been two of the club’s chief negotiators in the transfer market over recent years.

In his role as director of football, Sanllehi has been a key player in South America and was instrumental in the deal that saw Neymar join Barca in 2013.

However, a mutual agreement has been reached for him to leave on Dec. 1, with Diario Sport reporting that Manchester City and Arsenal are interested in his services.

Worth noting Barca’s recruitment has been terrible in recent years.

this would be pretty impactful if true, still, has anyone read anything official about Dick Law leaving?

He was at the for the club for quite a time, and was instrumental in signing Neymar in 2013 along with Sandro Rosell. Their past few transfer windows have been very poor, but I’m not sure how much that was down to him.

Either way he’s a big name in the field and would no doubt improve our scouting network quite significantly!

Good or not? Some Barca signings have been poor in the past.

Either way he’s a big name in the field and would no doubt improve our scouting network quite significantly!

I’d rather see us strenghten and reconnect with the French and Afrincan french speaking market than direct the focus on Spain/South American market (which undoubtly will happen) where Portuguese, Spanish clubs are already strong.

Reading up a bit. In those articles he is being credited for helping bringing in Neymar, Sanchez and Suarez. However all the other players who they signed between 2010 and summer 2017 have been shite (except for Ter Stegen, decent move). That’s where great DoF’s separate themselves with the lesser known players. Even Sanchez was, in hindsight, not the best fit for Barcelona.

yes but a lot of the signings are out of their hands because of ‘politics’ they wont have to deal with that shit here, they will just see a good player and go and buy they wont have to think of ‘elections’ and all the shit that happens with Barca and RM. I reckon these type of people are somewhat stifled in that environment,

They’ve made a few good signings inbetween some of the trash. Umtiti and Semedo look like the real deal, both are absolutely rock solid defenders. Mathieu and Vermaelen (

) on the other hand were pretty terrible.

Yep, was about to respond to SDGooner saying the same thing, Umtiti and Semedo were very good signings. No doubt a patchy record aside, though, but with Barça it’s such a mess that it’s hard to tell where the club politics ends and the sporting decisions start.

I think there business has been very underwhelming. How much influence did he had in this summer transfer dealings anyway since they appointed Pep Segura also recently?

I also don’t like these hirings from big clubs in a sense that they take a step down if you know what I mean. If you’re quality…

He’s a negotiator and he was a negotiator at Barcelona I think. Beguiristain, Zubizarreta and Fernandez/Segura occupied or occupy the highest technical role there I reckon.

Here he’s the de facto Sporting Director, from all reports.

Wish he would go eat his tridaily Fideuá in Barcelona for a club like Espanyol, more his level, the fecking gordaco.

Nah. I think here that role has been split between Mislintat and Sanhelli.

Another FRAUD that’s duped Arsenal and it’s fans into thinking he knows what he’s DOING.

Making us all look stupid, nice!

“Oh look at him he looks podgy and mousey and he wears glasses, he must be a proper boffin that’ll come in and show these football people a different way of thinking and be more business like in our approach!! We need more accountants yeah!!”