Are you going to this one @DavidHillier ?

There is a definite upbeat feeling at the Emirates, for the majority of this season the team has done well at home, fans in the ground are therefore largely positive.

The club would have made Arteta’s targets for this season to be back in Europe and to be competing for top 4 - he has delivered that.

The contract extension gives stability, when we are signing new players in the Summer, it does make a difference having a manager on the last year of his contract when you want them to buy into the “project” vs also being on a long term contract. A contract doesn’t mean he stays till the end of it, look at Mourinho, Conte, Blanc, Nuno and 100s of other managers that get sacked all the time mid contract.

Are you going to this one @DavidHillier ?

No dude. Its a Monday night. Any weekend fixture and I’d have tried to get a ticket.

“Tried” being the operative word. The last away game of the season is just as coveted as the last home game.

@now_arsenaI
Mikel Arteta is still yet to rule out Gabriel playing against Newcastle on Monday. He says he will be assessed tomorrow and then they’ll make a decision.#afc

Same for White though.

Although, I think the wording eliminates a potential long term injury.
I reckon they both start on Monday.

Anything can happen in one match. I honestly wouldn’t be surprised by any outcome. 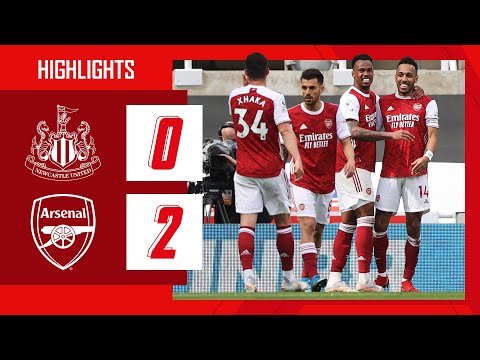 If White and Gabriel start, along with Tomi, I’ll feel a lot more confident. Would have loved Partey to be available as well but I think Partey has played his last game for us this season.

Get that ESR-Tavares combo back together please.

Been offered a ticket to this from my ex brother in law. He is on holiday. Obviously the catch is I’d be with Newcastle fans. But I do miss Newcastle. The bars probably miss my money.

I’m still testing positive for COVID, so not sure if morally it’ll be right to go

Was reading somewhere that Tavares is the fastest at Arsenal now.

Probably the quickest to shit himself

I’ve got a horrible sinking feeling that we lose this game tomorrow.

Newcastle are going to be well up for it.

Hope you haven’t been too bad with Covid.

Hate myself for thinking this, but I can’t help but believe this will be a comfortable Newcastle win.
It’s going to be a Crystal Palace esque performance, Monday night, only game on with all the attention. Newcastle are pretty damn good under Howe. Our kids won’t be able to cope just like the Palace game.

Haven’t drawn since January and think it’s well over due.
Sadly see this being the one. 0 0 in a poor game.