What do you mean by rotten?

Yeah Ozil had issues but what else?

Personally I think it looks like a pile of mismatched dog shit that really reflected the lack of unilateral movement in our transfer policy but maybe that’s just me.

Some nice names in there, Auba, Ozil etc but it played like a collection of players/egos not a team.

It was a gloomy fucking time to be an Arsenal fan

Now, I don’t think Emery was the right guy but the players never took responsibility and could be argued they downed tools at times.
Ljungberg took over for a couple of weeks and he soured on them too by the time he left.
Arteta got a tune out of them for a bit and won the FA Cup but we saw the same shit from our players the following season around fall again.
Our senior players taking no responsibility and looking helpless out there.

Favela PSG is what it was.

Ramsdale to replace Leno (I don’t think there is much difference in quality, still)

Leno playing out from the back was nail biting…

IMO, it was just caused by the design of the team and tactics, not actually required.

We said Ramsdale’s ball distribution is so “great” but in the meantime I would like to know how many goals we actually scored because of that?

If not being asked for it, Leno could just clear it as far as he could and not needed to really aim for someone.
He is still a good goalie without this “ball distribution”.

Ramsdale is streaks ahead of Leno despite the shaky later season form.

I found Leno to be an average goalkeeper at best.

It was required by Arteta, and can’t simply say he is bad because he could not satisfied Arteta’s needs in just one area

Tbf to Arteta he told Martinez to take a hike in favour of Leno.

And he has a much higher ceiling, and he’s young so fits the profile Mikel wants.

Leno is a steady keeper, 6.5/10 each game, but he can’t do what Ramsdale does, and I don’t just mean his distribution.

Look at the demand for Leno amongst top clubs, doesn’t look like he has many suitors. A keeper needs to be able to play out from the back, majority of the higher level teams have a keeper that is comfortable on the ball.

“…And that cone boy stole our bank details boss”

@now_arsenaI
There’s a big photo of Arsene Wenger which the players high five every time they enter & leave London Colney. Mikel Arteta introduced the idea to get the club closer to its history. Here’s Eddie Nketiah doing just that below in his contract announcement video…#afc https://t.co/TafgSwzb52 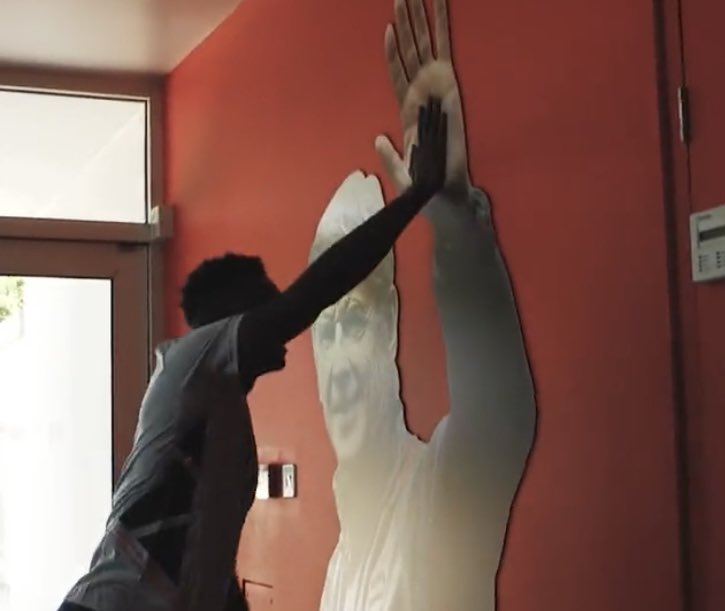 @BigWeng_4LYFE
The guy you’re trying hound out of the club is ensuring the legacy of Wenger remains after the club tried to wipe that off of a suggestion from a f’n psychologist according to Keown.
He’s also getting a statue soon too.

It’s about time you drop the dark side and join the Arteta clan. 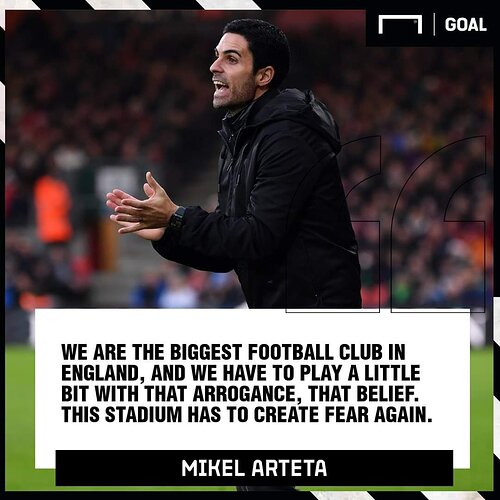 Can’t wait for Arteta to rile up people next season too. Those pressers.

Yeah I liked that our home record was pretty strong last season, need to get bottom half scrubbers afraid of coming to the carpet

First, need to find a way to deal with the physical and pressing game.
If we cannot do that, all is bullshit.
Every (inferior) team will take Viagra and their A game to Emirates Stadium and bully us.

Erm, we had the 3rd best record in the league last season.

Yep…we’ve got the home form, always room for improvement though and next season I would like us to put more teams to the sword and kill off the game. Had a few too many where it was a bit uncomfortable at the end, BUT fundamentally, I don’t think we have an issue with home form.

Let’s not get bogged down by silly things like facts