Godteta turned him over at the Emirates though

Shots conceded versus our last 3 opponents.

With Emery and Ljungberg

Can’t find a more telling stat to show the differences between the 2 managers.

Long way to go, but stopping the barrage is a good start.

Nobody expected Mikel to come in and focus on the defending so much but he did.

I remember when we said he’s more like Simeone than Pep just a couple of matches in.
Good on him, shows how much he cares and understands our flaws.
Certain man came in with a PowerPoint presentation claiming he knew our players and all that crap, and was found out just months into his job.

The next 4 games will tell us a lot about Arteta.

I think defensively we’re unquestionably better for the most part (not at Brighton) since Arteta has come in and we’re definitely improving compared to the dreadful final months of Dick Emery.

Against better opponents than bottom of the table Norwich though we’re still not looking particularly good going forward.

Assuming Auba goes we could have a really tough time next season unless Eddie or Martinelli can fill that hole. An improving Pepe could help although I’m struggling to see more goals coming from Laca who looks lost as a top goal scorer this season.

3 straight wins against teams we should be beating makes me feel better about Arteta for now but agree the rest of the run in will be a big test for him.

I agree, I was just about to post something similar.

Our next three games are all against clubs who are all chasing a top four place.
We have Wolves away, home to Leicester and away to spurs.
We then play Liverpool at home who might still be going for a PL points record so if we get any more than six points, that should be considered quite an achievement.

Although we were poor against Man City and Brighton, we have seen better results and performances, certainly defensively, against Southampton, Sheffield United and Norwich.
The next games are against rival clubs so this is where we will be able to see the difference between Arteta and previous managers and, If we can keep this up, we have a chance of a top six place.

I just hope the board will back him in the transfer market and prove to the supporters that he wasn’t hired as a cheap, yes man, option and they put their money where their mouth is.
He needs at least three top level players coming in and, if we lose Aubameyang and Lacazette, maybe even more so, without the financial support of the board, he is going to have a very difficult job to turn this round.

If it stays like this to the end of the season I might buy a ticket and get on board the Arteta Express. 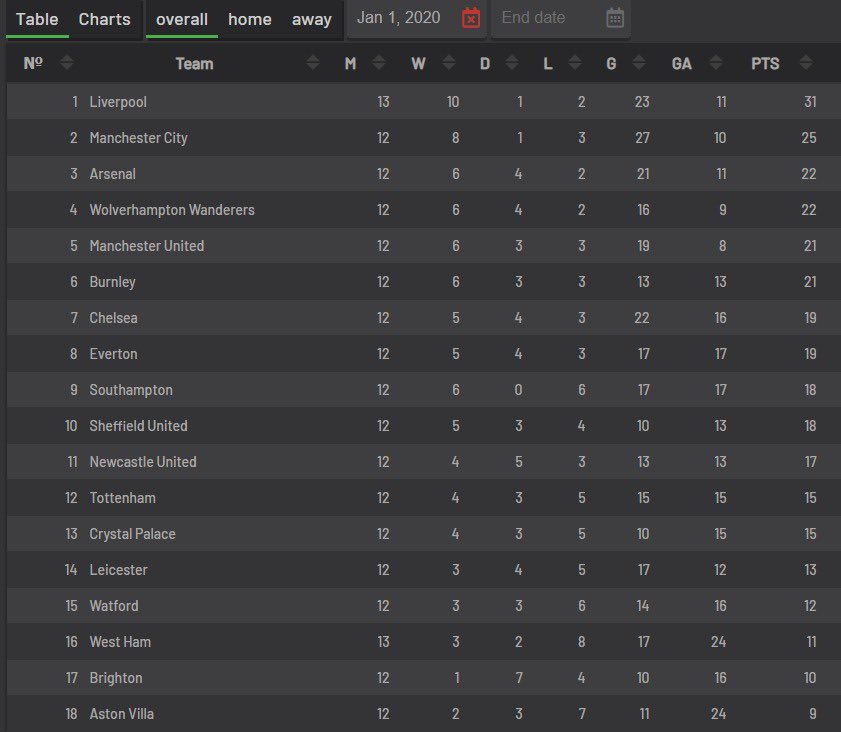 His first head coach job, taking over relegation form Arsenal during the busy Christmas PL period with many outside the field issues.

Goddammit, 3 wins in a row is enough to make me care again?!

the tough run of games are coming up next, Wolves, Spurs and Liverpool

oh and Leicester as well