I’m late night shopping with her indoors . I know she’s done it deliberately. What’s more important?
Watching The New Arsenal or being forced around fucking Debenhams?
2-2

After the effort of today I’m sure they will find the energy to take three points away from United after a quick turnaround.

I’ve actually got a logical reason to be apprehensive about this game.

Arsenal have been shite in first halves against small teams, and teams that really play on the back foot.

But we’ve played much better in first halves against teams that take the game to us, like Chelsea, Liverpool and Tottenham.

Man United basically play like a small team and allow pressure, surrendering the role of ‘protagonists’ (to use an Emery term) to the opposition.

So they play line a Bournemouth but with the clinical finishing and class in the final third far above them with Martial, Rashford, Pogba etc.

So I can see another shit first half and another loss incoming just due to that.

But I’m still afraid of being bullish when it comes to that fixture. It doesn’t matter what we do, we still seem to lose there lol

I hope we win at Old trafford, score multiple goals, Unai celebrates with a slide right next to Mourinho, gets up and wears a Wenger mask to completely burst Mourinho’s veins

Feelingvwe will draw this frustratingly… we will do some boneheaded thing and Mou will do his classic anti-football… 1-1 and our unbeaten run goes on but we probably fall to 5th.

I’ll always throw a big wollop of caution to the fire regarding this tie but I can’t help but feel a little optimistic after what we witnessed yesterday against Spurs.

A 26-point swing between Arsenal and Manchester United from last season to this. If Mauricio Pochettino's long-term work paints Jose Mourinho in a bad light, Unai Emery's short-term improvement is doing the same.
1 Like
LordBendtner 3 December 2018 11:18 #28

No matter how shite those rats are, they always seem to step it up against us for some reason.

It would be nice to get a result against them but I think we’ve struggled with teams that adopt similar tactics to Jose has this season and for that reason - I feel we might get a draw at best.

Think we will be the better team but they dont lose many at home. Big effort against spurs may drain a bit of energy in the last 20. Going for a draw 1 1.

Exactly this, these fucks always seem to have a bit of a ard on for us and then it’s the fucking Jose factor. Hope we can batter them but they always up their fucking game.

Will never forget that game not so long ago when we were clear favourites as they had an injury ravaged team, one of Rashfords first bug games… He destroyed us.

This was the team we put out against them at Old Trafford in April and it took a 90th minute Felllani header to win them the game. 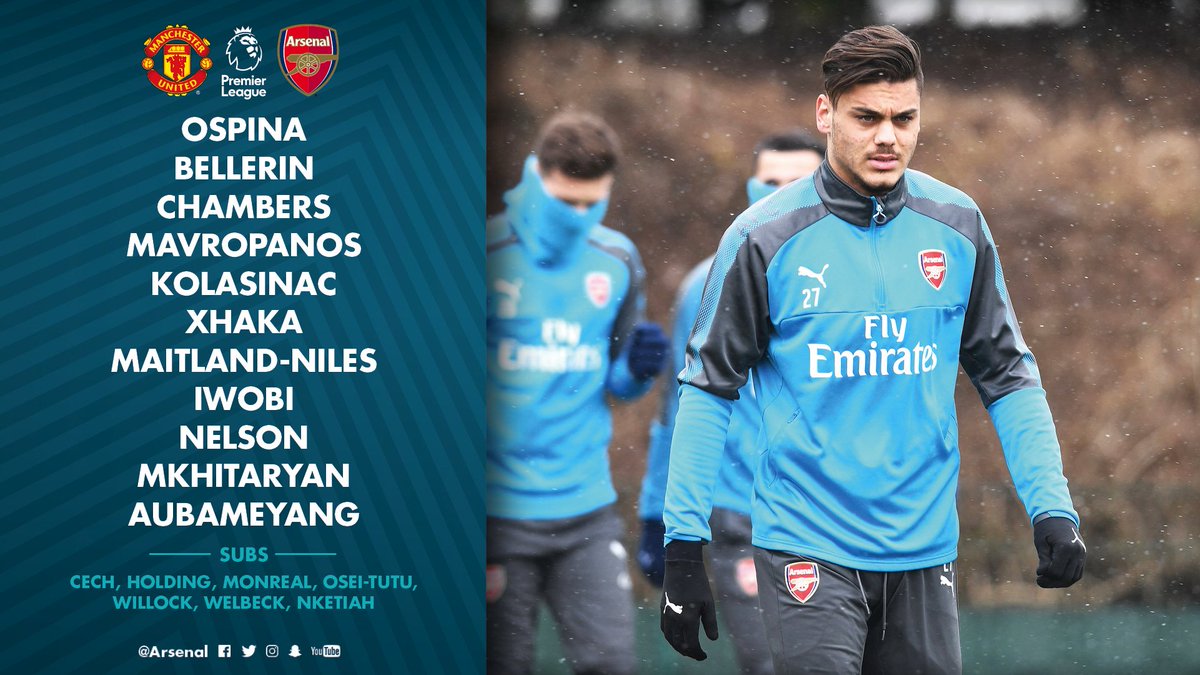 They have gotten worse we have gotten better and we have a new manager. No reason to think why we can’t win here

I mean we have the form right now but Mourinho and United always seem to up their game against us. Hard one to call.

The Mourinho situation is a total wild card in terms of their effort level. The players could come out inspired but it also wouldn’t surprise me if they down tools.

Their team selection is also completely up in the air. Mourinho just called out Pogba as a virus. Can you do that and then start him the next match? They also have a ton of defenders injured and may end up with a makeshift back four that includes somebody like Matic or McTominay.

I like us to win mainly because I think the atmosphere of the club has gotten really bad over there and I’m not convinced the players really want to help Mourinho keep his job.

Incidentally, he hasn’t predicted a Manchester United loss so far this season

Lawro is a cunt

He will next week when they play Liverpool. In his mind, Liverpool are on track for their 5th invincible season in a row.

I’d absolutely do the same in his position tbh. Whether he believes they’ll lose or not is entirely moot.

You’re telling me he predicted united to get a result at the Etihad ?

Yep he predicted a draw.

He’s got 3 teams down as Invincibles thus far. Both Manchester clubs and Liverpool. Leicester City are in the Champions League places