Rumors have both Valencia and Milan interested in him.

It’ll be a crime if Ox and Theo stay while Campbell gets sold but I can see it happening. We can’t sell Theo unless we add another CF and for Wenger Campbell’s superior workrate, decision making, and tactical savvy don’t seem to outweigh Chambo’s physical gifts and sense of humor.

Rumors have both Valencia and Milan interested in him.

It’ll be a crime if Ox and Theo stay while Campbell gets sold but I can see it happening. We can’t sell Theo unless we add another CF and for Wenger Campbell’s superior workrate, decision making, and tactical savvy don’t seem to outweigh Chambo’s physical gifts and sense of humor.

Utter joke if Joel gets sold instead of Walcunt and Oxfraud but this is Wenger so he will.

Wouldn’t be too bad for Campbell I’d imagine. He doesn’t really have a big future at Arsenal, but is definitely good enough to become a starter at a slightly lower level. If he can find a big-ish club that will have him and can give him playing time, he should think about it.

Not a fan of Joel, he’s a bit slow, doesn’t dribble too well and seems to gas out early in games but i’d much rather have him around than Oxlade who simply has no quality.

There’s not much difference between a Zaha, Townsend or Oxlade Chamberlain, Iwobi has already shown he’s more capable of playing for a side like Arsenal and not necessarily because he’s a better player.

Shame about him not having a proper chance here. When he played last season he always looked good.

Would be smart to move on, not appreciated at all by Wenger for some reason.

Last season he has been good but I prefer to wait and support Oxlade than keep in the squad a good player but without potential. 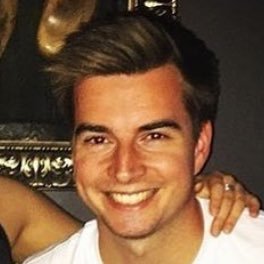 Joel Campbell used his official website - sports.bycampbell.com/legionarios/10… - to clear up future. Says he will stay and fight at Arsenal. #AFC

Great to hear he’s staying! So much better than the frauds Wenger loves.

He’s a fucking idiot if he’s staying to fight for his place when he has the option to leave.

On the flanks we’ve many players: Walcott, Campbell and Oxlade on the right (plus potentially Ramsey, Wilshere, Özil and Cazorla) and Iwobi and Alexis on the left.

I don’t know if Campbell is 100% sure to not be starter. I wish him to join a squad who can give him the chance to play regularly 'cause he deserves it.

So that’s it then, it’s pretty clear we’re going to go into the season with such underwhelming options as Wilshere, Iwobi, Campbell, and Ox set to be the “solution” to our RW situation. (Don’t put Ramsey in there because Wenger will try to shoehorn him in at CM, and Ramsey isn’t contented playing RW)

If he started 35 games he’d probably be looking at around 10 goals which is alright.

My problem with him is he’s not anywhere near first choice so why bother staying to be overlooked. He’s not a top player but none of our RW options are. He’s probably the most rounded player we can stick there after Welbeck.

Far more tactically well drilled than Oxlade Chamberlain and Walcott combined. Think he offered us enough to justify keeping him as second choice option for the wings this season. He has a nice pass, excellent work rate, decent foot work and chips in with a goal. He’s also very tactically disciplined and will do what he’s asked to do.

Would be mad to sell him and keep Ox and Theo.

Will be glad to see him stay. Walcott has been given ten years to basically stall in his development, yet Joel shows plenty of potential and deserves more game time.

I agree, Joel always gives his all on the pitch and I thought last season he had a really good run of games. Certainly not our worst player last year by a long shot.

Well, you keep Theo because he can play CF and would still probably turn out to be a better option than Giroud if given a run of games there. So not much to do with Campbell. You keep Ox because in theory (¡attribute footballer!) he’s more talented than Campbell (read: got more potential if he were to somehow show quality to go with his attributes), and Wenger will continue to convince (delude?) himself that he will turn that ‘potential’ into something real.

In reality, we should be selling all three of them, and replacing them with better players. As none of them are really good enough for a top club. Campbell perhaps as a squad player but it’s kind of pointless for his career to stick around when the squad players should be Iwobi, Gnabry, and we should have real options like Draxler/Mahrez and Wilshere in front of them.