@now_arsenaI
Hector Bellerin is set to give up his whole wage in order to terminate his contract. Arsenal have realised he only wants to go to Real Betis and have rejected six other offers so far this summer. Meeting scheduled this week between Arsenal & Bellerin. [@Estadio_ED] #afc
1 Like
Truth_hurts 1 August 2022 16:55 #5181

I still don’t get this. We should be demanding a fee and Bellerin can slash his wages with Betis.

We owe him and them nada.

Yes all well and good but if they are not going to offer and he’s not going to sign anywhere else this is probably the best case scenario. Kinda shit but whatever. The alternative is pay him another 5m quid and he’s leaves for free anyway.

Sure, Betis doesn’t owe us anything either unfortunately.
They have an opportunity to get someone on the cheap, the guy is desperate to join them, his contract expires next summer, he’s out of favour at the club.
They have all the leverage here.

They have all the leverage here.

Unless we let him rot in our reserves

He almost certainly doesn’t make the 25 squad. But that shouldn’t be our aim here. It ultimately costs us if we can’t move him on.

I don’t think we’ll do that. I think it would be unnecessary drama the club doesn’t want.

I worry a about his mental state. He has never looked this shite. Empty eyes, greasy disgusting hair and loss of muscle mass. Lets part ways for all parties involved. 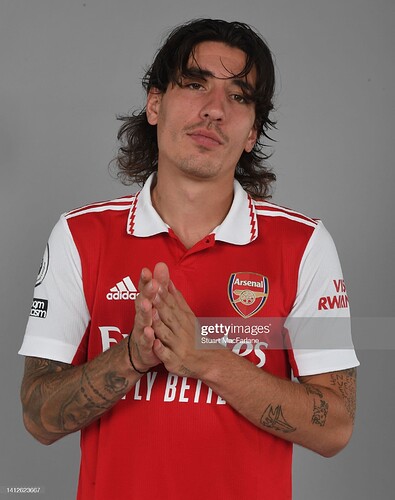 He’ll be gone, it’s only a matter of time.

I knew Bellerin is going to be miserable when he was spouting philosophies.
Never trust a philosopher to be an executer.

Never trust a philosopher to be an executer.

Applies to Wenger, too

Wenger was a narrator of what he executed.
Gary Neville is a philosopher

He looks like a guy busted for running a meth lab out of a Motel 8 in bumfuck Oklahoma. Who also happened to put on an Arsenal top.

@FabrizioRomano
Barcelona director Alemany: “We had an agreement with Azpilicueta on personal terms but Chelsea didn’t want to sell him”. 🔵🔴 #CFC “We have other options but I can’t mention any name”. #FCB

Sauce of the good news?

Anything generating a fee would be welcome news.

Looks like we can’t give this Bell End away on that salary. Once looked like an amazingly promising player but now he’s completely turned to a pile of rubbish.