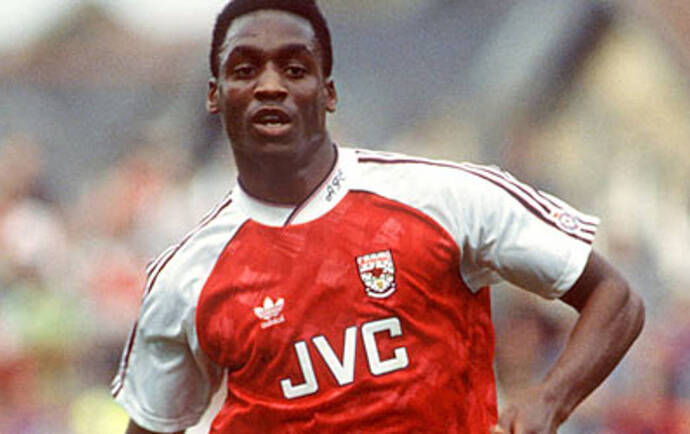 Legend. Cant believe he missed that chance against Chelsea to extend our winning run. Other than that he had an exceptional career.

Scraping the barrel here no?

Noooo. Fever Pitch is legendary! I love the Gus Caesar passage. He’s more deserving of a thread than some of the other losers who have played for us.

This is literally the first time I’ve ever heard of him lol. 50 games 0 goals in a decade with the club?

Hold on I’ll go make a thread for Iqnasi Miquel

Show some respect u muppet. This bloke sacrificed himself on the pitch every single time. Kids nowadays

Have you never read Fever Pitch?

.makes a mental note of having to check with busy body to see if he’s heard of a player before I post a thread about them.

History has not looked kindly on the Arsenal career of Gus Caesar. Memories of him are dominated by the error that sparked Luton’s comeback in the 1988 Littlewoods Cup Final. However this belies a decent, honest centre half who rose through the ranks, only to fall slightly short when he reached the top level. Caesar turned pro in February 1984 and suffered the misfortune of breaking his ankle three times in the first 30 months of his career.He made his first-team debut at Old Trafford on December 21, 1985 covering right back Viv Anderson. However Caesar could play every position along the back and would feature mostly as a centre half. His best season in the team was 1987/88 when he made 22 appearances deputising for David O’Leary. However he struggled to gain a foothold again after that Luton game. He was loaned to QPR in 1990/91 and freed at the end of that season.He later played for Cambridge United, Bristol City, Airdrie and Colchester before finishing his career in Hong Kong.

Breaking an ankle once is unlucky, but three times in just over two years

Never gets a mention but he was fouled on Luton second.
Winterburn penalty miss and Hayes missing from 2 yards out where more culpable.

I had to google him and the wiki doesn’t sound like he was 1 of our best, I’ve tried to clear it up but there’s some wikiisms:

In the 1988 Football League Cup Final Arsenal were 2–1 up with seven minutes left when Caesar miskicked a clearance from his own , allowing Luton’s Danny Wilson to bundle the ball home in the ensuing chaos; Luton went on to score a last-minute winner and Arsenal lost 3–2. Caesar, who had been selected by George Graham to play in the final largely because [David O’Leary] was unavailable due to injury, later reflected that he had himself been carrying [hernia] and ankle injuries at the time, but was determined to play regardless.

After that, Caesar’s career at Arsenal was effectively finished. [George Graham]) signed [Steve Bould] (and later [Andy Linighan], and Caesar only played five more matches for the side in two seasons. He was part of the Arsenal side that won the old [First Division] in 1989 but only played in two matches which was not enough games to earn a medal.[[4]]

He became so unpopular with Arsenal fans that some of them booed him when he did take to the field. Even today, he is still regarded by many as one of the club’s worst-ever players, and in 2007 he was voted in at Number 3 in poll of the 50 worst footballers to play in the English top flight. He was also voted the Worst Player Ever to play for Arsenal in the fanzine The Gooner.

Arsenal fan [Nick Hornby) in his 1992 book Fever Pitch muses on Caesar’s downfall, pointing out that Caesar had considerable talent as a youth (or else Arsenal would have never signed him in the first place). Likening it to his own frustrations as a (then) failed writer, Hornby concluded that talent and determination alone were not enough to bring about success:

“To get where he did, Gus Caesar clearly had more talent than nearly everyone of his generation… and it still wasn’t quite enough. […] Gus must have known he was good, just as any pop band who has ever played the Marquee know they are destined for Madison Square Garden and an NME front cover, and just as any writer who has sent off a completed manuscript to Faber and Faber knows that he is two years away from the Booker. You trust that feeling with your life, you feel the strength and determination it gives you coursing through your veins like heroin… and it doesn’t mean anything at all.”

Never gets a mention but he was fouled on Luton second. 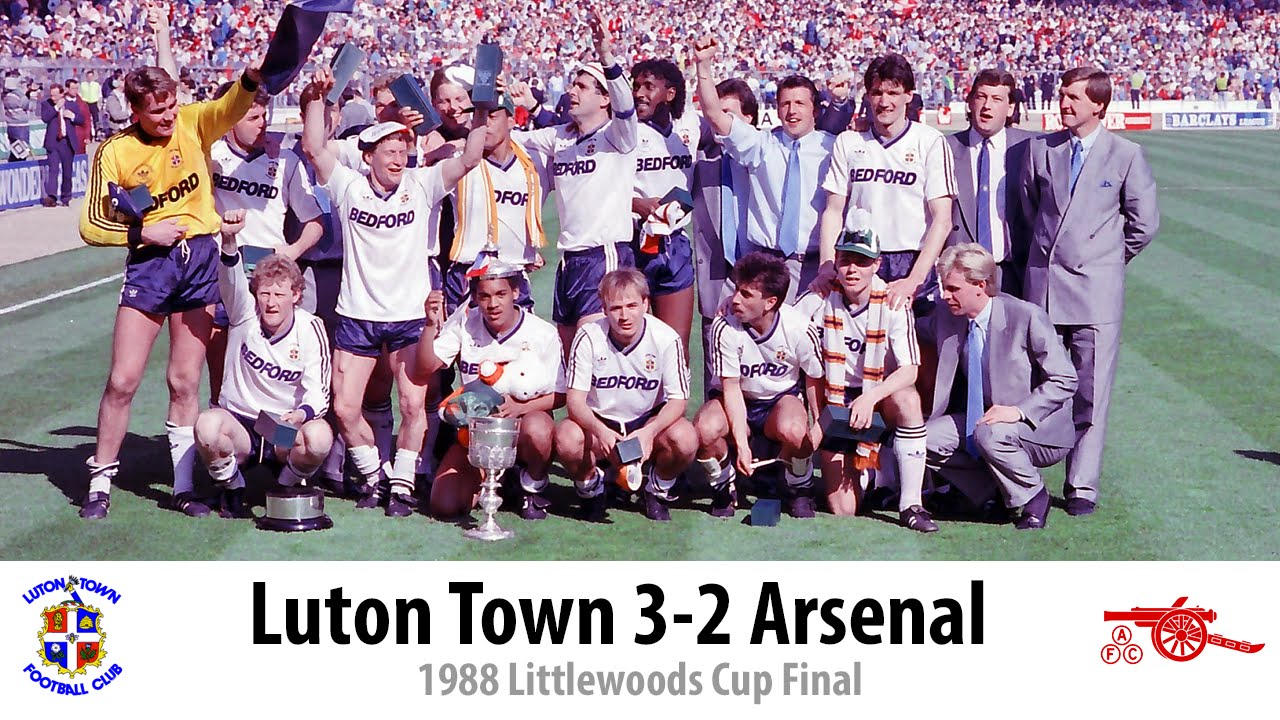 Most likely ruled out by VAR in this day n age

Then again, it is us we’re talking about so most likely not

I had to google him

As Aussie and Big Weng have alluded to in the past, me posting these threads brings up talking points and focus on players from our history that others might not actually know about

I’m not knocking you posting the thread. I’m against any former player thread being closed

Gus Cassius Caesar, think he deserves a thread based on this cool name alone.

Never gets a mention but he was fouled on Luton second.
Winterburn penalty miss and Hayes missing from 2 yards out where more culpable.

I was at that match and when Smith equalised I thought we would go on to win but it was the penalty miss that was responsible for us losing.

There were more than 90k at Wembley and it seemed as if 80k were Arsenal because as we were leaving, and the Luton players went to get the trophy, the stadium was almost empty apart from a few thousand Luton supporters which, considering how few finals they get to and the fact they haven’t got far to travel, showed how poorly supported they were.

I’m against any former player thread being closed

Not to single you out but:

There are 104 threads in this section.

3 are closed. One is because that player is now our manager and rightly has a new thread. One is because fuck William Gallas and one is because @Leper was having a bit of a joke but it became a big thing so we didn’t bother our holes changing it back.

Can I suggest people get over this.

Fuck me, get over it people

On the subject of Ceasar, I often quote that passage of fever pitch without remembering who it’s about because it’s very applicable to pretty much every player that doesn’t make it at Arsenal.

It’s about the 40th time it’s been mentioned.

This is getting out of hand now