Last out of the hat.

Away to Nottingham Forest. Not bad. Always nice to play our kit providers.

Didn’t we face them in the FA Cup couple years ago and lost?

As for the team we put out: 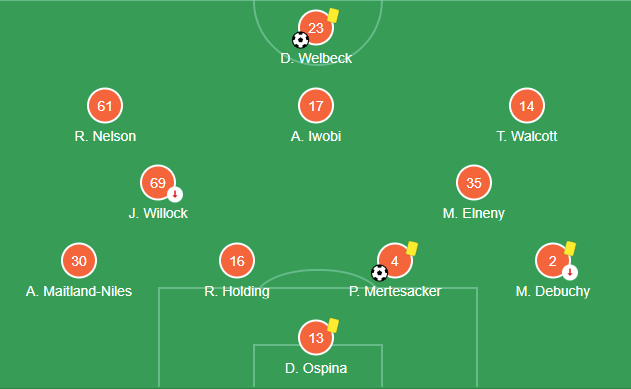 Must’ve been one of Pers last starts?

Nottingham forest away in the cup… deja vu for Arsenal ??

Time to get revenge on Nottingham Farmers

#have you ever won a European Cup?#

Everton are poo, we’re not looking good here either!

@SkySportsNews
The Football Association has scrapped FA Cup third and fourth round replays for this season to help with fixture congestion and will return for the 2022-23 campaign.
1 Like
Calum 20 December 2021 16:56 #33

Yeah it’s rare that small clubs do get replays against the big teams, but when it happens it sets them up for a long time. Calum literally taking food from hungry mouths by wanting to ditch them

Tbf they get the replays by getting a draw, if that shit goes to penalties and they take the scalp the competition should be set up in a way that they’re financially rewarded more for the progression in the cup.

It’s an archaic system that could easily be improved and evolved.

I can remember as recently as 10 years ago the likes of Exeter and Burton Albion getting lucrative replays with Manchester United.

A lot of you won’t remember this, but :

Which coincided with us winning it that year.