Interesting to see how Koeman will do at Everton. I expect him to sign a couple of Dutch players, they already signed Stekelenburg. Everton have highlighted Newcastle midfielder Georginio Wijnaldum as one of their key transfer targets before the start of the new season.

Club with most hyped youngsters but only Rooney to show for.
Closely followed by Arsenal.

Stones is almost certainly leaving this summer for Man City, Everton been going hard trying to find a CB in recent weeks.

Fancy Everton to do well this season. We’ll now be able to beat Southampton but never beat Everton lol

They have a squad capable of a top 6-7 finish. Martinez hugely underachieved there. Lets see if Koeman wasn’t just a fluke at Southampton.

Ashley Williams rumoured too be signed by Everton. Would probably mean Stones is off too City?

Gueye is official an Everton player. As of now Stekelenburg, Gueye and probably Ashley Williams. Still don’t feel like they are a lock for a top 10 position.

I was told Gueye is a proper moneyball signing. He had Kante like statistics last season.

Everton have agreed a deal with Crystal Palace for winger Yannick Bolasie for a fee that could rise to £30m, according to Sky sources.

Seems like a lot of money for a potentially decent player.

Lamine Kone another target of theirs.

They are going for the Premier League proven players all the way (Williams, Gueye, Kone, Bolasie) let’s see how that works out for them.

Actually think theyve had a poor window. Thought they would have done better than this with new manager and money.
Keeping Lukaku so far the best thing theyve done. Wont make any in roads with that squad for me.

Bolasie is a very good player.
I’m not sure about the 30m but he could be one of the PL’s top players so probably worth a punt by Koeman.

Everton play it far too safe. They’re essentially a shit version of us.

Everton play it far too safe. They’re essentially a shit version of us.

I dont even think they do. They’re the second best club in Liverpool and just are not that attractive to sign for. They generally dont have European Football and they almost always lose their best players, usually to other clubs in the league. I think they try more than we do tbh.

They can do better than Bolaise with a new owner, imo. 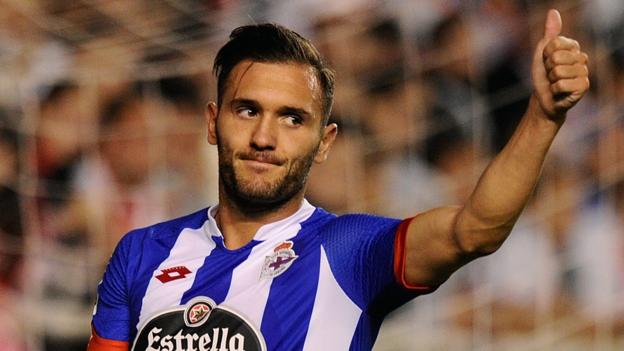 Interesting to see how Koeman will do at Everton. I expect him to sign a couple of Dutch players, they already signed Stekelenburg.

But they have Lukaku.

Youre telling me you need more than just one big lunp as a striking option in a 38 game premier league season?

They know they need a striker and they get him, while we are sitting on our ass wondering what to do.