Seems we signed him from Chelsea, apparently one of Chavskis brightest talents at youth level and they let him go…strange lot they are with their youth prospects, just keep on buying what is the point of having an academy.

Arsenal Banter brings you latest update on Arsenal news from top media sites like Daily Mail, Metro, The Express, The Independent, The Telegraph, SkySports and so on. Arsenal have complete …

He’s a reserve/youth player so I will put him in the Arsenal category for now.

He’s a reserve/youth player so I will put him in the Arsenal category for now.

Sorry for putting it in the wrong area, didnt know what place to put the post in.

Sorry for putting it in the wrong area, didnt know what place to put the post in.

No probs dude! I had to think about it as well

24 goals last season to finish top scorer in the u18 Premier League and has 7 in 5 this season so far, prolific at this level. Scored a hat-trick against Leicester today in a 5-0 win.

I think this kid is a lot better than Afobe, Afobe cant seemingly score regularly he is so patchy in his scoring even now.

Yeah. And Afobe was a lot better than Emmanual-Thomas and was going to make it.

Mother of god! Wow! What a performance!

He scored so quickly that on my stream, he was still sitting on the bench!

What a lad! Commentator struggling to pronounce his name though

He is already better than Walcott

Two “fox in the box” goals!

Nketiah failed to earn a scholarship with Chelsea due to doubts over his physical presence at the time. How to prove the doubters wrong. https://t.co/uIVlQOOXMB 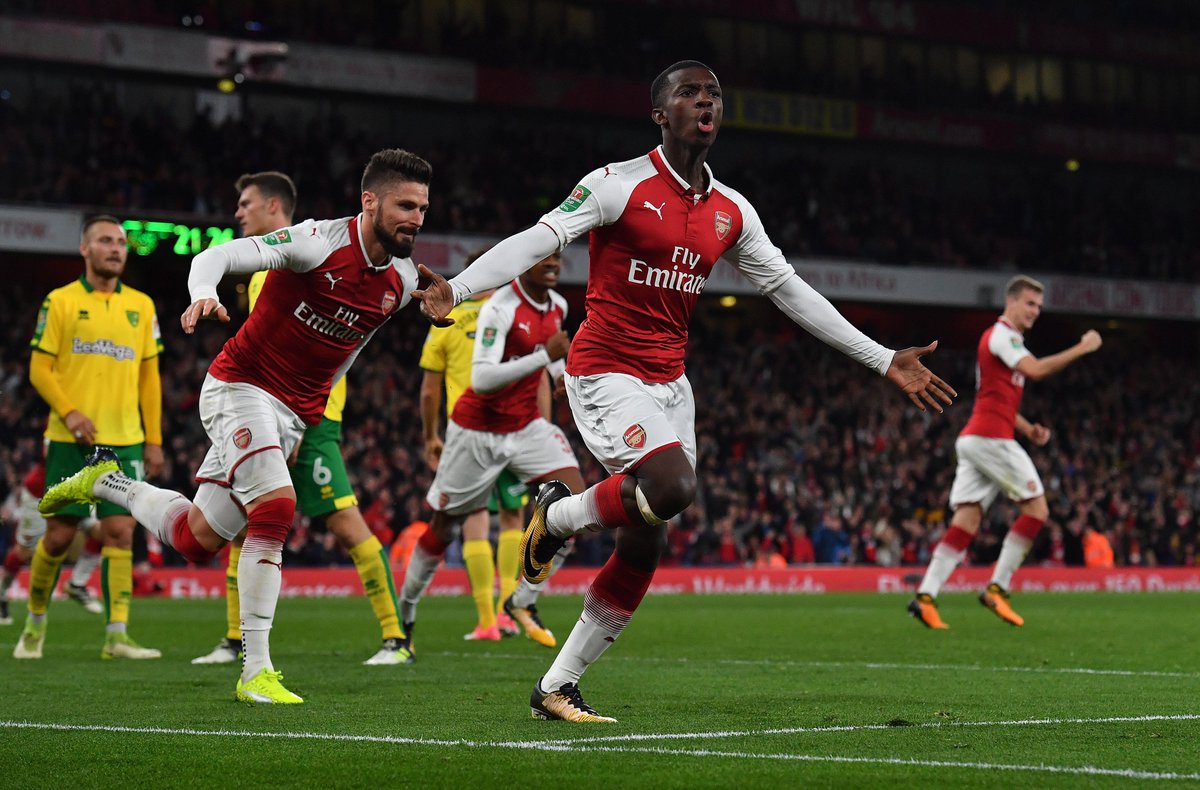 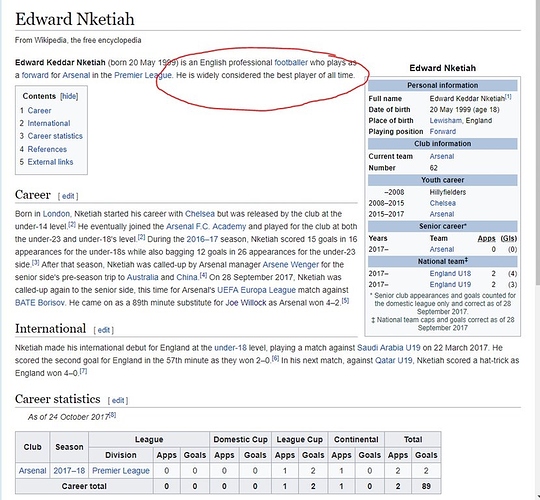 I suppose he just overtook Chuba in the pecking order, great appearance for the young man, two goals and a few chances to score a third!

I’m ahead of Chuba in the pecking order.