So yes, which was the worst transfer window?

2015 - the summer of Cech. Badly needed a striker and pissed about as Giroud went 3 months without scoring.

Could have done with a Cazorla replacement too in case he went injured. Did his knee in october…

Or 2016? Where our trusty bald leader went and got us a whole new spine based on stats and facts. Moneyball FG %, yardage, blocks, triple doubles, etc etc.

Shame it turned out to be a relegation worthy spine as Mustafi (a guy I genuinely despise), Xhaka (a talented player but complete moron) and Perez Chu Young (quite possibly the most pointless transfer ever. Stole him from Everton, to then not play him and sell him to West ham, for a loss.)

Oh we also got Takuma Asano.

So which window is it?

The one that cost us a league title? Or the one that has condemned us to years of Europa League mediocrity due to crazy short-term spunking of money on bums?

Have at it lads.

Perez (quite possibly the most pointless transfer ever 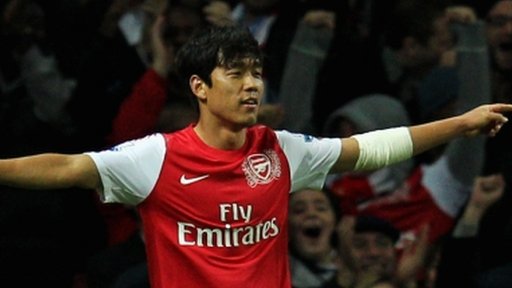 Edited thanks to you

I think if you spend money then you’re under pressure straight away to at least get some hits, or more hits than misses, with the big buys.

£82m on Xhaka, Mustafi and Perez is a massive failing, when you can justifiably now say that none of them are Arsenal quality after 3 seasons. Capturing Rob Holding for £2m at least bucked the trend slightly.

The Xhaka experiment would not have persisted this long if we had the means to dispense with him. Mustafi has finally been benched long term but we’re now cursed to see more of him with Koscielny re-injured.

Yikes two diabolically bad summers in a row… set us way, way back. 66 points was no accident.

We are the only top European club that can boast several transfer windows with a net spend of almost nothing, so it’s hard to pick a worst window.
But buying just a GK when we were desperate in so many other positions for some quality was pathetic.

Although the window where the only player to come in was Kallstrom was pretty embarrassing and the other when Bischoff was the only signing also comes close.

This is the great thing about supporting Arsenal.
When it comes to choosing our worst transfer window, there are so many abysmal ones to choose from.

Keep the roasts of this stupid stupid club coming.

Gotta be nothing but Cech 2015 because missing out on the league that year is huge.

The 2015 summer was the chance to build a title winning side and we were the only club in Europe’s top 5 leagues to not sign an outfield player.

That was the end of Wenger for me. There was no defending him anymore.

Cech window was the moment where Wenger just messed up all the good work that was done since Ozil transfer.
We were on a high, squad was all motivated and we only needed couple of signings - a striker and a midfielder. that’s all and we would have won the title.

Well Wenger & board didn’t buy anyone & we spiralled after Christmas.

Yeah this is a really interesting question, I’ve voted for 2016 as I’d rather have that 100 million quid available this summer to spend, rather than it spent on the trash we purchased.

The Cech window was the most shambolic window in recent history.

Solidify the team further that window and the league was ours that season. Pure negligence just buying a GK.

Finishing second in the PL to Leicester, knowing that if we had bought a couple of top quality players to give us the lift we needed, like a striker or DM, we could have won the title.

But we just sat back and did nothing, with Wenger saying, we don’t need any more players, the players we have are good enough.

It proved, if there were any doubt, that our board and manager lacked the imagination, ambition and common sense, that all our rivals have.

The lift to a club and the supporters that a top class signing makes is massive and the lack of that type of signing cost us the chance to win the PL.